As long as the world of music is concerned, India is home to some of the gems. People in India are extremely cultural and they love music, songs, classical and pop. Bollywood has been the place to nurture several talents and has undoubtedly given us the opportunity to reach out to a much wider audience. 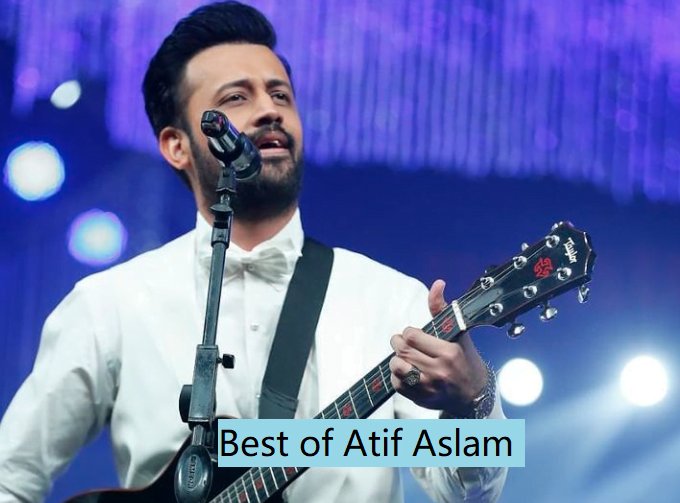 Bollywood has also given permission to singers from the other side of the border to connect with Indian hearts. One such singer, hailing from Pakistan is Atif Aslam.

There are several songs sung by Atif Aslam that have earned him lot of love and a massive fan-following. He is a self-proclaimed fan of Nusrat Fateh Ali Khan and is also inspired by him. Here are 20 of his best songs that can change your mood.

This is one of the most famous and soulful renditions of Atif Aslam. The song is from the movie Badlapur that was released in 2019 and it was a Varun Dhawan starrer. Atif Aslam was nominated for Filmfare Award for Best Male Playback Singer and for the Most Entertaining Singer (Male).

Tere Sang Yaara is a romantic number written by the talented Manoj Muntashir and composed by Arko Pravo Mukherjee. Atif Aslam sang this hindi song from the movie Rustom that came out in 2016.

Atif Aslam and Chinmayi lent their voices to this romantic song from the movie Phata Poster Nikla Hero. This movie was released in 2019 and he was nominated for World Music Award for World’s Best song.

O Saathi is a song from the Bollywood movie, Baaghi 2 that was released in 2018. This song is sung by Atif Aslam and it has been written and composed by Arko Pravo Mukherjee.

Dil Diyaan Gallan is a romantic song from the film Tiger Zinda Hai and it was sung by the great Atif Aslam. The music of this song was composed by VIshal Shekhar and Irshad Kamil was the lyricist.

Doorie is the second album by Atif Aslam and the lyrics of this powerful song was written by Sameer Anjan. The music was composed by Sachin Gupta, Atif Aslam and Mithoon Sharma.

Atif Aslam sang the song Tera Hone Laga Hoon from the movie, Ajab Prem ki Gazab Kahani. The lyrics of this song were written by Ashist Pandit and Pritam was the music director.

Atif Aslam sang this song from Tere Naal Love Ho Gaya that was composed in 2012 and this film was directed by Mandeep Kumar.

Tajdar-e-Haram is a qawwali that is performed by the Pakistani musical group, Sabri Brothers. Sajid was the musician and Atif Islam sang this song and became extremely popular.

Doorie is the second album released by Atif Aslam. The lyrics were written by Sameer Anjaan and this is one of the most popular songs of Atif Aslam.

Tu Jane Na is a lovely romantic number sung by Tu Jaane Na that belonged to the movie Ajab Prem ki Ghazab Kahami. The lyrics were written by Irshad Kamil.

The lyrics of this song have been written by Shakeel Azmi and the great singer from Pakistan, Atif Aslam has lent his voice to this song.

Race was one of the most popular movies of Saif Ali Khan and in this movie, Atif Aslam sang the song Pehli Nazar Mein, that was composed by Pritam Chakroborty.

Dil Meri Na Sune is composed by the musician Himesh Reshammiya and the lyrics were written by Manoj Muntashir. This is a song from the movie Genius.

This song Pehli Dafa was written and sung by Atif Aslam and the lyrics is penned by Shakeel Sohail, music composed by Shiraz Uppal.

Tere Liye is a song from the movie Prince that was released in the year 2010. This is a song sung by the duet Atif Aslam and Shreya Ghoshal. Sameer wrote the lyrics.

Zindagi Aa Raha Hoon Main is a Hindi single romantic number that was released in 2015 and the theme of this song is how to live life. Amal Mallik was the music composer of this song.

Laila Majnu is an Indian romantic film that had Tripty Dimri, Avinash Tiwary. The lyrics of this movie were written by Irshad Kamil and Mohammed Muneem.

Be Intehaan is yet another famous song sung by this Pakistani singer from the movie Race 2, released in 2013.

Batti Gul Meter Chalu is a movie released in 2018 and the song Dekhte Dekhte became a popular song due to the voice of Atif Aslam.

Paniyon Sa was one more romantic number from the movie Satyameva Jayate that was released in 2018.

The Bas Ek Pal album had nine songs among which Bas Ek Pal was one of the most famous and easily accepted ones. This song was sung by Atif Aslam and it was therefore a hit number.

This is an Urdu language song that hails from Pakistan from the 2011 film Bol by Shoaib Mansoor. Atif Aslam and Hadiqa Kiyani sang this song.

Tarish Music presents Atif Aslam’s Rafta Rafta featuring Sajal Ali, a tale of romance that will stay with you forever.