Home » Gardening » Where Is the Best Place to Grow Cannabis?

Cannabis dispensaries are opening up around the country as states relax and eliminate their antiquated and unnecessary cannabis bans. However, as states allow adults over 21 to purchase weed and weed products legally, many are also opening up cultivation regulations.

Best Places In the World to Naturally Grow Cannabis 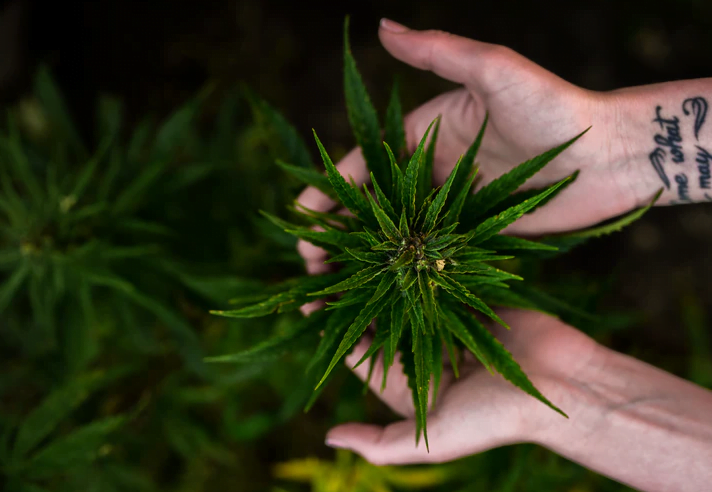 Most places that allow recreational cannabis consumption also allow qualified adults to grow their own bud at home – but sometimes, that is easier said than done.

Like other crops, cannabis plants have specific needs in temperature, sunlight, soil content and watering schedule, so a healthy weed plant is unlikely to grow everywhere.

So, if you want the best chance at a successful marijuana harvest, where should you set up your grow operation?

Read on to find out.

Originally, cannabis evolved to survive on the Eurasian Steppe, a high plateau stretching from Ukraine through Mongolia. The climate here is dry and temperate, with temperatures that can dip low in the winter but never get quite as catastrophically cold thanks to low humidity and low annual rainfall.

Considering this, the most important aspects of an optimal environment for typical cannabis cultivation include:

Sunlight is the most crucial nutrient for any plant. Cannabis relies on ample sunlight for the fast growth of stems and leaves and later to determine the right time to flower. Ideally, cannabis should have between 12 and 18 hours of sunlight per day.

Cannabis is naturally water-resistant, but too much moisture and humidity can cause the roots to rot and the leaves to grow mold. It is best to have an absolute humidity of about 40 percent and well-draining soil that doesn’t hold much water. However, there are some cannabis strains that are more tolerant of moist conditions.

Cannabis will freeze in temperatures that dip too low, but it will also burn if it gets too hot. The right ambient temperature for most cannabis strains is somewhere between 70 and 85 degrees Fahrenheit (20 to 30 degrees Celsius), but again, some strains like it hotter.

Though it has been thousands and thousands of years since cannabis grew wild in the Eurasian Steppe – and though the cannabis we enjoy today has been radically altered thanks to human cultivation – it is important to remember the genetic heritage of the plant when considering where and how to cultivate. With these attributes in mind, here are the best locations for outdoor growing.

In the United States

The Golden State’s notoriously beautiful weather makes it a top choice for cannabis cultivation. In fact, the vast majority of the country’s weed comes from California’s Emerald Triangle, or Humboldt, Trinity and Mendocino Counties, which have cooler temps and a bit more moisture than much of the rest of the state.

Outdoor growing is mostly prohibited around the state, but as long as you aren’t flaunting your weed garden, you shouldn’t get in trouble.

High in the Rocky Mountains, Colorado’s climate is almost identical to the Eurasian Steppe, so Colorado dispensaries get to take advantage of some of the healthiest and happiest weed in the country.

Like California, Colorado isn’t technically keen on outdoor home cultivation, but if you keep your pot plants out of public view, you should be fine.

Though cannabis remains illegal in this part of the Southeast U.S., experts believe that Tennessee and Kentucky rival California in the amount of cannabis cultivation occurring outside. These states’ advantages include temperate weather and incredibly nutrient-rich soil – but you won’t be able to cultivate until the laws change.

The United States isn’t the only place with a cannabis market. Countries around the world are legalizing weed just as the U.S. is slowly doing, and the international cannabis industry is on the verge of a big boom.

Though not everyone is willing to become an expat for the sake of weed, you might be interested in the following places where cannabis grows so easily that it grows wild.

Afghanistan is right on the edge of the Eurasian Steppe, and it might be the first place the plant was domesticated. Today, cannabis is illegal, but in many towns, residents grow personal pot plants as part of their front gardens.

In the heart of the Eurasian Steppe, Kazakhstan also has strong historic ties to cannabis consumption. Because Soviet-era drug laws are strongly enforced, few people cultivate their own plants – but the plant grows in such quantities in the wild that most people continue to have ready access to weed without any effort.

Though the vast majority of Australia is much too dry and too hot, the country’s east coast offers a cooler, wetter climate for cannabis cultivation.

However, it is important to remember that because the seasons are switched in the Southern Hemisphere, your grow season is likely to extend from August to April.

Columbia is better known for another type of illicit substance, but cannabis is a popular pastime in this country, too.

Columbia’s mountainous terrain is quite similar to Colorado, and because personal cultivation and consumption have been decriminalized, outdoor pot plants are a common sight.

In truth, the best place to grow cannabis is wherever you live – as long as cultivation has been legalized, of course.

It is possible to optimize plant growth using tools like grow lights, fans and moisture meters, so if you really want to get started as a cannabis cultivator, you can plant your first pot seeds today.