Home » Android » Closing Android apps by swiping away – what is behind the scene?

Closing Android apps by swiping away

Android is today growing to become one of the best smartphone operating systems. Its features like unique handling of memory allocation have captured the attention of many teenagers and enthusiasts worldwide.

It is also observed that users have to charge the battery of their devices a couple of times during the day when they are enjoying heavy applications that eat into battery life and resources of the device firmware. Android task killers (the swapping of open apps on long press of home button to kill running process) help not only to boost battery life but also improve the phone’s performance. 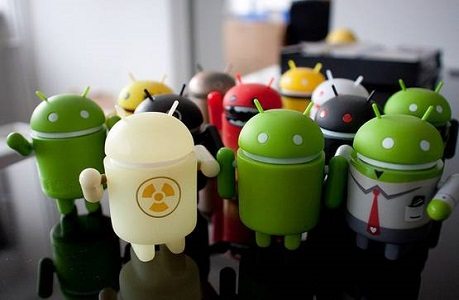 Handling of process management by Android :-

As compared to desktop operating systems, when an Android application is not in use for a long duration of time, they are inoperative in the background till the user once again avails its services, though it may appear open. These idle applications do not consume battery or processing power. The aim being that the application launches quickly once the user is ready to access it. When the memory runs low, the system starts terminating the apps and processes that have remained passive for quite a long period of time.

The termination of the earlier processes is followed by the most recent ones. Unlike Windows, Android’s Random Access Memory (RAM) functions differently. While all the space occupied on the RAM aids in rapid relaunching of previously opened apps, some misunderstand that this is the cause for low performance of their phone. Thus this confusion has lead to the popularity of task killers on Google Play store.

What actually happens behind the scene?

Popular task killers on Google Play store, help in freeing available memory, an assumption that most users think would aid in improving the performance of their devices. Apps such as Advanced Task Killer when launched, presents a list of currently running apps with a checkbox next to it to facilitate termination. The app also offers additional functions such as displaying the memory consumed by each running app and the memory available. The list doesn’t mention the number of CPU cycles consumed per app. One thus believes that suitable killing of these apps would increase the space on RAM.

However, it is not the RAM but the CPU that actually slows down the phone and shortens the battery life. Killing of the unwanted applications utilize the CPU cycles and thus worsens the phone’s performance and battery life. In reality, at this stage, processes related to these apps run in the background further affecting the system. It is just similar to Facebook and mail accounts. Though they appear to be shut down it would still keep one notified with events and messages from one’s companions. A task killer thus, affects the smooth performance of the operating system.

Task killers cause harm to the system rather than providing a solution to the system’s performance. While designing applications the developer should keep in mind of its impact on the CPU rather than the bytes that it would occupy on the storage device.