Oil is an essential resource that drives many economies of the world. You’ve probably heard of crude oil, which is commonly used in fuel production such as petroleum. There is another type of oil also extracted from the ground known as residual oil. Do you know the difference between the two? 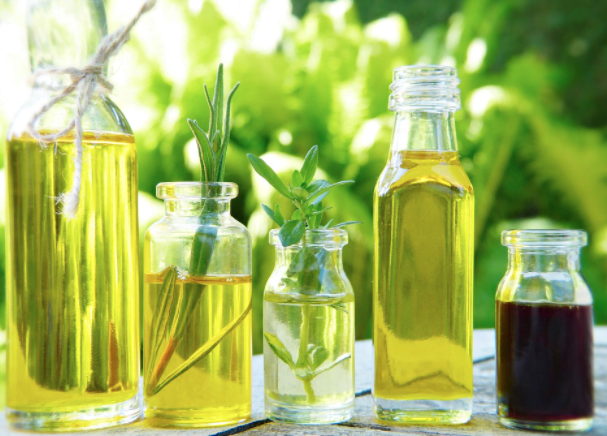 Well, residual oil is a new term for many considering this is an unfamiliar phenomenon. After reading this article, you’ll have extensive knowledge of what crude oil is and also get introduced to enhanced oil recovery (EOR), which is the principle behind the production of residual oil.

So, what is the difference between crude oil and residual oil?

In a nutshell, Crude oil, also known as petroleum, is a pale-black liquid that forms spontaneously in geological formations under the Earth’s surface and is often processed into a variety of fuels.

In contrast, residual oil is found in low proportions in nature or depleted oil fields and is often extracted using advanced technologies.

Petroleum is a fossil fuel produced by massive volumes of dead organisms, primarily zooplankton and algae, buried underneath sedimentary rock and exposed to extreme heat and pressure for many years. It is made up of naturally occurring hydrocarbons with varying molecular densities and may include other chemical substances.

Petroleum refers to both the naturally occurring and unrefined crude oil and other products made out of refined crude oil. Petroleum components are separated using fractional distillation, or the separation of a liquid mixture into fractions with different boiling points.

Oil is refined through a process known as distillation, into a variety of products for direct consumption or use in manufacturing, ranging from gasoline, kerosene, petrol, diesel, and asphalt and chemical reagents used to produce plastics, insecticides, and medicines.

Petroleum is utilized to produce a broad range of materials, and it is estimated that the world uses around 100 million barrels each day. Petroleum production can be enormously lucrative.

It was critical for economic growth in the twentieth century, with certain nations, known as “oil states,” obtaining substantial economic and international influence due to their control over oil production.

Most of the petroleum is obtained by oil drilling. Drilling occurs after structural geology, sedimentary basin research, and reservoir characterization investigations have been completed, and there is evidence of adequate supply.

An oil well mainly produces crude oil with small amounts of natural gas dissolved in it. The proportions of gas, liquid, and solid in a subsurface oil reservoir are determined by subsurface conditions and the phase diagram of the petroleum mixture.

Because the temperature underground is greater than at the surface, the gas may include heavier hydrocarbons in the gaseous form, such as pentane, hexane, and heptane.

These will condense out of the gas at surface temperatures to create “natural gas condensate,” sometimes abbreviated as “condensate.”

Condensate has a similar look to gasoline and a comparable content to certain volatile light crude oils. The amount of light hydrocarbons in the petroleum mixture varies widely amongst oil fields, ranging from 97 percent in lighter oils to 50 percent in heavier oils and bitumens.

Despite the benefits of petroleum products, this resource is associated with environmental degradation. In fact, it’s one of the major contributors of greenhouse gases in the ecosystem due to the hydrocarbons produced by burning fuels.

As mentioned above, residual oil is the oil found in exhausted oil fields and requires advanced methods to extract in a process known as enhanced Oil Recovery (EOR).

During primary oil recovery process, the reservoir’s natural pressure or gravity forces oil into the wellbore, which is then brought to the surface using artificial lift methods. During primary recovery, however, only approximately 10% of a reservoir’s oil components are extracted.

Secondary recovery procedures mainly include pumping water or gas into a field to displace oil and push it to a production wellbore, resulting in up to a 40% increase in production. This is done in residual oil zones. A residual oil zone (ROZ).

ROZs are areas of immobile oil detected below a reservoir’s oil-water contact ROZs resemble reservoirs that have reached the end of the “waterflooding” process, in which water is pumped into a formation to push oil toward a production well.

In the case of ROZs, the reservoir is largely waterflooded by nature, necessitating the use of enhanced oil recovery (EOR) methods like CO2 flooding to extract the remaining oil.

The approach isn’t new, but it hasn’t been widely employed on residual oil zones of low-grade petroleum reserves in Texas’ Permian Basin.

At the conclusion of the field’s life, carbon dioxide is injected and recycled as many times as feasible to extract the residual oil before being stored in a depleted reservoir. Until recently, the majority of CO2 for EOR came from naturally existing reservoirs.

However, in areas where naturally existing reserves are not accessible, new ways for producing CO2 from industrial facilities such as natural gas processing, ethanol, hydrogen plants, and fertilizers are being developed.

Other methods of recovering residual oil include thermal recovery (which involves the injection of steam into the reservoir) and chemical injection, which involves the use of polymers to increase the effectiveness of waterfloods or other chemicals such as surfactants to reduce the surface tension that holds oil droplets, preventing them from flowing through the reservoir.

Residual oil reserves in the United States are estimated to be 100 billion barrels. Reclaiming and refining this much residual oil not only helps satisfy demand but also increases refinery profitability. It’s financially appealing to find efficient ways to extract valuable fuels from waste material.

Deasphalting, Coking, Hydrocracking, Residue Hydrotreating, Resid FCC, and Visbreaking are some of the various processes utilized to upgrade residual oil.