MLH participants have been getting a Domain.com voucher code for the past two years. The student hackers can use this coupon, as well as other deals, to register a free .com, .net, or a .org domain and get discounted hosting prices. 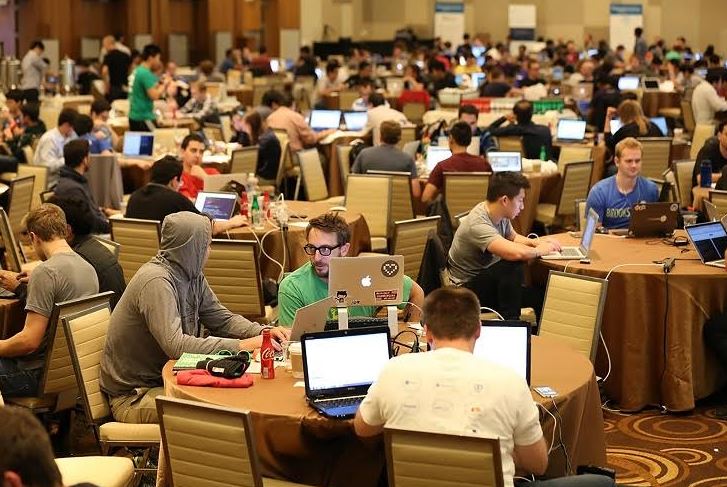 Also, there is a bag of incredible hacker gear and hosting deals for the most innovative domain name at every MLH event.

MLH, known in full as Major League Hacking, is a body that conducts student hackathons. The organization was set up by Mike Swift and Jonathan Gottfried in 2013. Before that, Mike worked for SendGrid and Jonathan worked for Twilio. Both are developer crusaders.

The initial plan was that MLH would promote student-run university hackathons in North America. In fact, every year sees over 200 weekend-long hacking events. The events are held with the goal of growing communities, facilitating innovation, and giving more than 65,000 students from around the world an opportunity to master some computing skills.

Basically, MLH helps nurture an engaged and motivated community consisting of an upcoming generation of technology entrepreneurs and leaders.

The word hackathon came about by amalgamating the words hack and marathon. But the term hack in the context of this discussion refers to an exploratory form of programming, which is different from the computer crime that is described using the same name.

Still, words like hackfest, codefest, and hack day are used as synonyms to the word hackathon. When the events take place, graphic designers, project managers, subject-matter experts, interface designers, and other software development experts engage in an intensive software project.

However, there is usually a hardware-based component to the hackathon. Essentially, hackathons last for as little as a day to as long as a week, with a social or an educational goal. Still, there are situations where the participants are expected to come up with a functional software.

Hackathons typically have a unique area of focus. That target could be an application, an API, a programming language, an operating system, or a demographic of programmers. Still, cases of hackathons where there are no limitations on the software being created are not unheard of.

These hacking events got popular starting from the mid to the late 2000s. Organizations as well as venture capitalists came to the realization that hackathons could be used as a quick way to create new software and technologies. With these events, they could also easily identify areas that needed innovation and funding.

Today, major companies like GroupMe have been formed as a result of these events. This particular company started as a hackathon project during the TechCrunch Disrupt 2010 conference.

3) How Domain.com Coupons are used at the MLH Event

Before creating a successful online business, a great domain is key. Because of Domain.com coupons, hackers get a head start in this regard by getting an opportunity to create a new domain (.com, .net, or .org) at no cost.

Furthermore, when using this domain registration company, creating a new domain is very easy, fast and cost-friendly. The company also has all the major TLDs (Top Level Domains) and a selection of over 25 ccTLDs (Country Code Top Level Domains).

If you are an MLH student hacker, you can use the discount code 18COOL to receive a discount of 18% as you register any domain name using Domain.com. More on Domain.com promo codes here. 🙂