Selecting the best ten of anything can be difficult as it is a subjective task. As long as tennis tournaments are concerned, there have been so many great women players over the last 5 decades of the Open Era and this even doesn’t take into account the greatest players from the early 20th century.

Due to the changes in nutrition, fitness regime and racket technology over the years, tasks have become even more difficult. 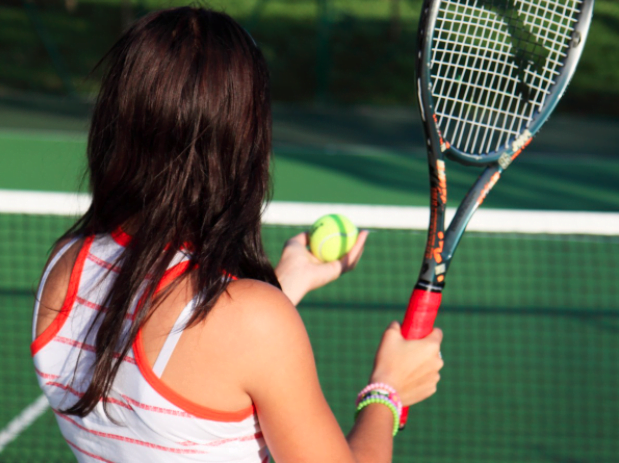 Ashleigh Barty is an Australian who preferred professional tennis over the game of cricket. She has chosen to follow the footsteps of the first woman in Australia to reach the #1 ranking, Evonne Goolagong Cawley.

The crowning achievement that needs mention with regards to Ashleigh Barty is her victory at the 2019 French Open when she defeated Czech teenager Marketa Vondrousova.

Karolina Pliskova ranks the second position and this rank is much deserved. She was former Number 1 as she has been winning 15 tournament singles title matches along with 5 double titles.

Karolina’s twin sister is also a professional tennis player. She believes that it is definitely tough to compete with her twin sister as she always wants to beat her in the matches.

Elina Svitolina is an Ukranian tennis player who turned into a professional tennis player in the year 2010 and she won two WTA and two ITF tournaments.

Svitolina spends a lot of time with another well-ranked professional tennis player named Gael Monfils. However, as he ranks at the 13th position in the men’s list, he is highly outranked by his girlfriend who takes the 3rd position.

Naomi Osaka is yet another reigning Australian Open women’s single champion and she happens to be the first Asian player who holds the #1 ranking in singles.

She has won three different titles and has reached 5 finals on the WTA tour. The most noteworthy is Osaka’s finals win at the US Open in 2018 where she defeated Serena Williams.

At a tender age of just 15 years, Bianca Andreescu shook the world of tennis with her high rankings. She reached to the final of US Open championship in 2019 and she defeated the ace, Serena Williams in straight sets.

It was in August, 2019 that she became the first Canadian woman to win singles in Canadian open since Faye Urban did in 1969. She is definitely destined to dominate the world of women’s tennis.

Romania might be a place that is famous for Dracula, Nadia Comaneci and medieval fortresses but the country also boast of having one of the female professional tennis players in the world, Simona Halep.

In spite of being 5-feet 6-inch in height, she is no less than a genius at the tennis court. Presently she ranked at #6 but she has also occupied #1 twice between 2017 and 2019.

Despite being a left-hand player, she had suffered from several severe wounds in her left hand when a man attacked her with a knife. This woman had a memorable tennis career.

She herself has reportedly said that when she is on the court and all her elements are working properly, she can create ‘Magic’. She is a Dutch tennis player who turned into a professional in 2009 and she has experienced several ups and downs during her entire career on the WTA.

Nevertheless, it was with the help of her tencity that she reached the 4th position during 13th May, 2019. There are no other Dutch female tennis players who has ever ranked so high on the list of tennis players.

Her record includes victories in 72 WTA tournaments. She is currently the No. 9 but she even ranked as No. 1 six times on her last occasion where she held on to the ranking for 186 consecutive weeks.

Belinda Bencic is a Swiss professional tennis player is attractive enough to be called a model in the fashion industry. Her tennis training helped her reach to the 7th position in the world.

She is extremely talented and multilingual. She speaks three languages, English, Schwyzerdutsch and Slovak. However, she just needed one of them to win the 3 singles.

Johanna Konta is a British tennis player who played for Australia till the year 2012. She was born in Sydney and later on move on to UK when he was 14. She won 11 singles and 4 doubles titles on the UTF Women’s Circuit.

Born in 1992, Qiang Wang has two single titles to her credit at the WTA tour. Her best show was definitely her victory over number one ranked Asheligh Barty which she did in the 4th round of 2019.

Aryna Sabalenka was a Belarus tennis star who achieved success on the WTA tour as the doubles player. She and Aliaksandra Sasnovich lead the Belarus Fed cup team to a second-place in 2017.

Though Sloane Stephens is considered a specialist of clay-court, she won the US championship on hard courts in 2017 and reached the finals in 2018. She won 6 WTA singles and ranked 3rd in the world.

She is a former No.1 and also a winner of three Grand Slam tournaments. She has had a successful professional tennis career that started in 2003 and she won 12 career singles titles on all surfaces of WTA Tour.