Home » Lifestyle » A Guide To Fishing With A Bow

As suggested by the name, bowfishing requires the use of a bow and bow arrow to retrieve fish from the depths of the water. As something that was once referred to as a temporary notion, in recent times bowfishing has become a popular sport amongst fishing enthusiasts. 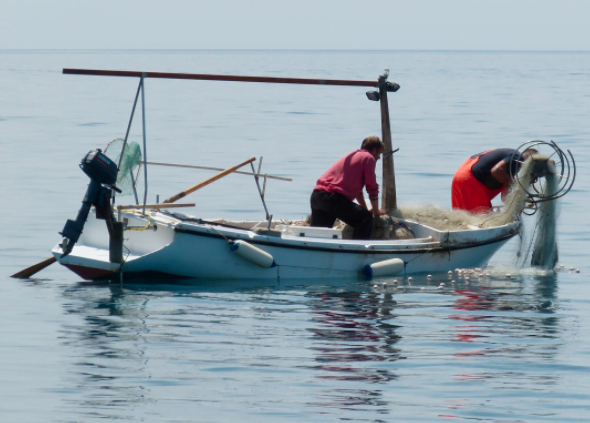 Although there are strategies that allow for greater bowfishing success, it is a sport that can be enjoyed by those with no previous knowledge.

Although some skill is preferable, it is not essential, hence why it is a sport that is pursued by beginners as they don’t need any fancy fishing skills or overly expensive specialized equipment.

For those wanting to learn more about this sport that is growing in popularity, we have compiled a guide that informs you of all you need to know to begin fishing with a bow.

Where can you bowfish? Finding the best spot

First and foremost, it is important to select the best waters for bow fishing. Shallow waters with vegetation are the best options as they tend to attract the most fish.

Environments that are rich with fish species are favorable among hunters and anglers as there are more fish to target. The best bowfishing spots are always changing although certain features can help with identifying the good locations.

Bowfishing can be enjoyed in freshwater and saltwater environments. Most bow fishers prey on carp and gar species of which typically inhabit shallow waters although they tend to travel according to the location of their food source. You will often find in areas rich with a particular species, other species aren’t too far away.

Texas and Louisiana are considered to be two of the most popular hotspots in the USA. How you access these waters is likely to depend on the volume of fish in specific areas. While some river banks may be rich and flourishing with different species, others may be easier to target using a boat.

Also, consider the temperature of the water as this can affect the volume of fish that can be found in these waters and help to determine the best times to go bowfishing.

What fish can you catch using a bow?

The most commonly hunted species of freshwater fish are carp, alligator gar, and bowfin. While variations of carp are most commonly fished by beginners due to their invasiveness as a species, some may then venture into catching a more varied spectrum of fish. If you are going to be fishing in saltwater, flounder is likely to be the most popular species.

It is important to adhere to the legislation surrounding bowfishing in your state. It is illegal to bowfish particular species and some states may even require you to have a permit for partaking in the sport.

What gear is required for bowfishing?

Contrary to the assumption of many, your bowfishing equipment doesn’t need to cost a lot. Some pieces of equipment are crucial for bowfishing and others are less so and more optional.

Of course, you will need to get a bowfishing bow and there are many sites available that offer recommendations as to which is better suited to your needs. Bowfishing without a bow is going to prove rather difficult. This piece of equipment doesn’t need to be super expensive and can even be made from old bow hunting bows.

Comfort is crucial when selecting a bow. It needs to be comfortable to hold with an easy release mechanism. Also, consider the weight. A heavy bow is likely to be challenging to hold for prolonged periods.

Your bow of choice is likely to depend on personal preference but there is no need to feel like you have to spend a lot, particularly if you’re a beginner at the sport.

An arrow requires a specific purchase that is tailored for bowfishing. The arrow must be designed to travel through the water with a tip that sticks to your target. The arrow rest also serves an important purpose. This keeps the arrow stable as you line up your shot and they come in many shape variations.

The quality of the arrow rest is going to determine the effectiveness of your shot. There are also arrow points that are made for targeting specific species of fish. The sharpness of the point tends to coincide with the thickness of the fish’s flesh.

The reel and the line are going to determine your bowfishing success. There are different types of reels available and their speed differs from those found on traditional fishing lines.

When is the best time to bowfish?

Spring and Summer are considered to be the best months for bowfishing. The water tends to be rich with fish as these months are known as the spawning season.

Many advanced fishermen would suggest that nighttime bowfishing allows for easier targeting of particular species, however, beginners are likely to prefer bowfishing during the day. During the spawning season, a large volume of fish can be found in the shallow waters and so they tend to be much easier to target.

The most prominent reason as to why night time bowfishing is preferred amongst advanced bow fisherman is because of the cooler temperatures which often encourage the fish to travel to the shallower waters. You also aren’t competing against the sun either.

Nighttime bowfishing tends to offer greater opportunities for catching more fish. Of course, you are likely to find it beneficial to invest in bowfishing lights that are going to see you through the night.

Ultimately the time of day that you bowfish is going to depend on your experience.

Bowfishing is largely dependent on your instincts rather than the ability to see the fish that are surrounding you. Once you have identified the fish that you are going to target you will need to aim your bow and shoot.

While the fish may appear close to the surface it is often the case that they are actually further away and so many suggest that aiming low is the most appropriate step to take.

While beginners should aim their arrows roughly six inches below their target, those that are more advanced should utilize the 10.4 rule. Simply put, this means that for fish that is at a distance of 10 feet away you should aim your bow approximately four inches below.

As mentioned, there aren’t any specific skills that you are expected to implement as you bowfish. The aim is important but do not be deterred by the refraction angle which can hinder the realistic view of the fish. This often affects how close you seem to appear to the fish.

You should also aim for the front half of the fish as the bow will have a more immediate effect upon impact. Also, remember that most species of fish are known to be fast swimmers and once you have spotted your target you don’t have a lot of time to react. You must take your aim and release the bow as a matter of urgency.