There is some good news for you if you own a modern iPad or iPhone – they do have very good VPN support, and aim to protect you while you use the internet.You might wonder how you use the VPN though – should you install an extra VPN app? Should you just rely on the in-built VPN protection alone?

It is not as difficult as you might assume, though. 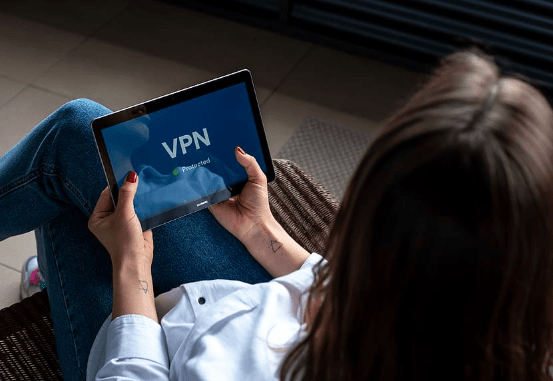 In this article, we will discuss how you can set up the service– as there are numerous apps that are stand among the best VPNs for iOS devices.

Why should you think about using a VPN service on your iOS device?

There are numerous reasons you can use a VPN, although not all reasons will apply to you. These include.

Before the development of the iOS 8, an iPhone disconnected instantly from a VPN as soon as the device went to sleep. Now, though, the case is different, as the device will remain connected to the VPN network even after the screen goes to sleep.

The good news is that many of the best VPN services have standalone iOS applications to save you the hassle of searching for a good service, so you will find it easy to sue most of them.

You will also not need to mess around with the VPN services of the device itself; you will simply need to open the app, enter your credentials to log in, and then connect to a country of your choosing.

You may ask questions about the best VPN protocols you can use, but this is not as difficult when you have an iOS device. If the VPN of your choosing does not have an app dedicated to the iOS operating system, then you can set up VPN protocols through the in-built settings in any iOS device.

First, you open the settings app on the device, and then tap the ‘General’ menu. Scroll to the last part of the menu, and you will find VPN there; select it.

You can then select the adding of a VPN configuration, and this will add the VPN settings to the tablet or phone. If you want to add additional VPN networks, you can always add them from the same menu as well.

Depending on the type of VPN network you want to connect to, you can choose between the IPsec, IKEv2, or the L2TP choices. Enter the connection details of the VPN to connect. If you are using office VPN networks, then it will show you the information of the network.

If you will require certificate files for the VPN connection process, then you will need to import them before setting up the network. You can do this through locating them on a website (applies to the Safari browser), or the Mail app (if you are doing so through email).

Note that this method will not work for OpenVPN servers, as you will need to handle them differently. Moreover, PPTP VPN support is no longer available, as the protocol is insecure – so use a different protocol if you can.

3] Connecting and disconnecting from the network

After you complete the VPN setup, you can then open the Settings app and you will see the slider for the VPN activation at the top. Toggle this to allow connection or disconnection from the VPN network. When you activate it, an icon indicating an active VPN network will appear in the status bar at the upper part of the screen.

In case you set up more than one VPN network on the device, you can change the one you are currently using by going to the Settings menu, selecting General, and then VPN. It will bring up the same screen where you added or removed VPN networks.

If you want to use OpenVPN with your Apple device, then you should note that iOS does not have support for the protocol directly. What you should expect is the inclusion of third-party apps to function as well as implement VPN protocols.

This means that you can use any kind of VPN to connect and function between your iOS device, keeping in mind the assumption that you are using a VPN app from the official store.

In the instance of OpenVPN, you can use an official OpenVPN Connect app. You can use it by installing it, launching the service, and using it to connect.

Any app such as OpenVPN and other similar options are not just an ‘app’ that works for you when you want to connect to the internet.

They will give you a connection from the levels of the OS system you use, which allows all the apps on your device to use the VPN network – similar to the way of using the in-built VPN connections.

The only question you would need to answer is your level of trust of the VPN, especially when it comes to collecting your information. Your data will be largely safe, though – unless you are using a free VPN.