India encompasses several high mountain peaks that have grabbed the attention of mountaineers and travel enthusiasts around the world. Located in different parts of the country, these peaks have seen several expeditions. While some of these expeditions have been successful several others have failed. 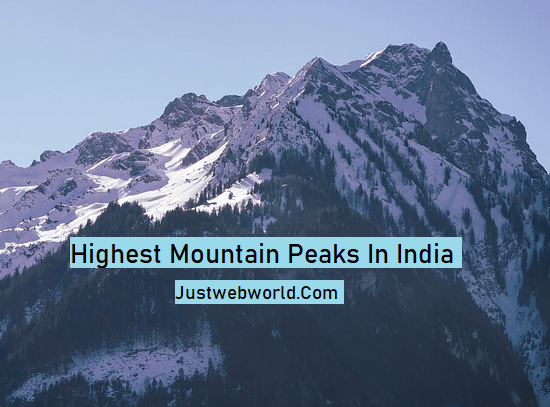 Here is a look at the top highest mountain peaks located in different states of India.

The highest mountain peak in India Kanchenjunga stands tall at 8,586 meter. It is located in the beautiful Indian state, Sikkim and is a part of the Himalayan range. It is the third highest mountain in the world. Many mountaineers have climbed this peak. 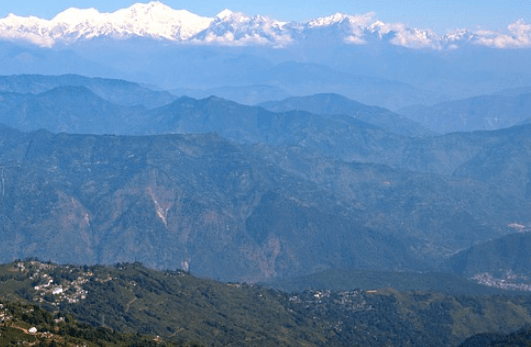 However, they stop short of the summit to ensure that the top of the mountain remains untouched and intact. Joe Brown and George Band were among the first to climb Kanchenjunga successfully.

They were a part of a British expedition. They climbed the peak in May 1955. Several other mountaineers have climbed the mountain since then.

Nanda Devi located in Chamoli, Uttarakhand is the second highest mountain peak in India. It is 7,816 metre tall. Nanda Devi is the 23rd highest peak across the globe. It forms a part of the Garhwal Himalayas range. 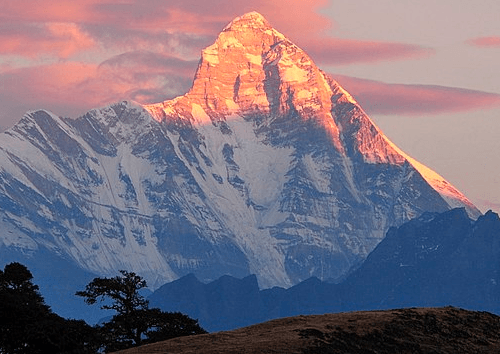 Nanda Devi has a two peaked massif. It forms a 2 kilometre long high ridge. Its western summit is higher compared to the eastern summit.

Several varieties of mammals such as the Himalayan black bear, Himalyan musk deer and snow leopard are found here. Noel Odell and Bill Tilman were the first to reach the peak.

Kamet is also located in Uttarakhand’s Chamoli District. It also forms a part of the Garhwal Himalyan range and is the second highest mountain in the region. It is 7,756 meter tall. The mountain is known for its unique appearance that resembles a gigantic pyramid. 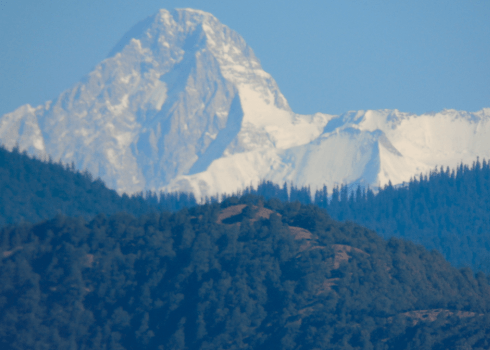 Strong winds blow in this area there by making it difficult for the mountaineers to reach the top. Attempts were being made to climb this peak since 1855.

They proved to be successful more than 70 years later in 1931. Members of the British expedition, Eric Shipton, R.L. Holdsworth, Lewa Sherpa and Frank Smythe were a part of this triumphant expedition.

Located in Jammu and Kashmir, Saltoro Kangri stands tall at 7,742 meters. It is a part of the Karakoram range located on the southwest side of the Siachen Glacier. One of the highest mountain peaks in India, it stands at the 31st position worldwide. It is situated in a remote location which is extremely difficult to reach. 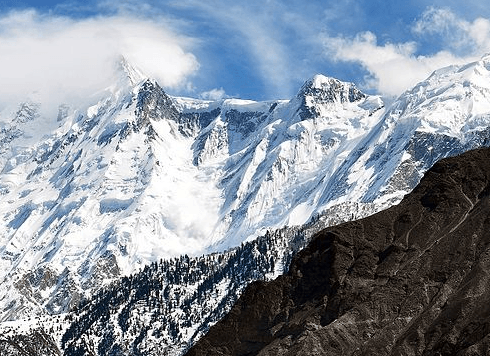 The first attempt to reach the peak was made back in 1935. The first ascent to the peak was in the year 1962. This was a Japanese Pakistani expedition led by T. Shidei. Y. Takamura, A. Saito and Capt. Bashir formed a part of this expedition.

Gorichen Peak, located in Arunachal Pradesh, is 6,858 meter in height. It lies between West Kameng and Tawang which is around 164 km from the Tawang district headquarters. Many mountaineers have climbed this peak. It is best to begin this expedition during the summer months or post the monsoon season. 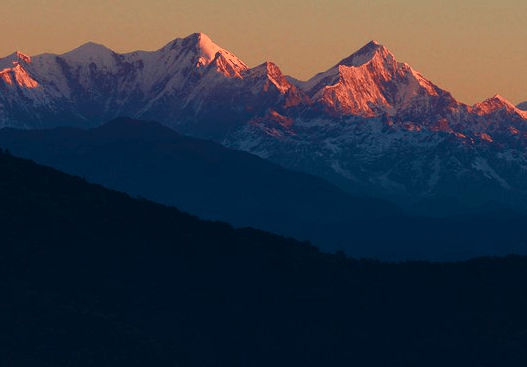 The peak is one of the main attractions of Tawang. It is inhabited by the Monpa tribe that considers it sacred. People of this tribe worship the peak as they believe that it guards them from the evils.

Reo Purgvil is located in Kinnaur district that forms a part of the beautiful Indian state, Himachal Pradesh. The peak is 6,816 meter in height. It lies at the end of the Zanskar range in Western Himalaya. A slightly shorter peak known by the name Leo Pargial is located in close proximity. 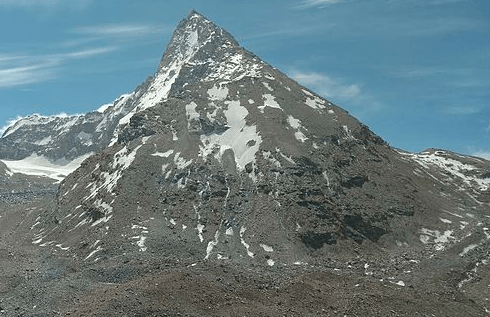 Reo Purgvil is a dome structure. A great massif above the Satluj River encompasses it. Spiti River runs close by. Indo Tibetan Border Police was the first to ascent the peak. This was done in the year 1971.

Located in Western Kumaun, Uttrakhand, Trishul is a group of three Himalayan mountain peaks. These have been named as Trishul 1, Trishul 2 and Trishul 3. Trishul 1, the highest among these is 7,120 in height. Trishul II is 6,690 meter in height and Trishul III is 6,007 meter high. 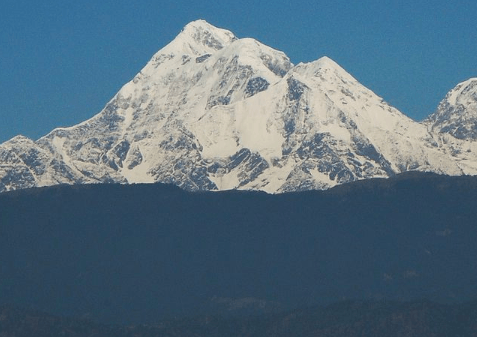 These peaks have been named so as they resemble a Trident meaning Trishul in Hindi. Trishul is the weapon of Lord Shiva. These peaks are thus considered holy in the Hindu tradition.

Trishul 1 was first climbed in the year 1907. Tom Longstaff, Karbir, A. Brocherel and H. Brocherel formed a part of this expedition. 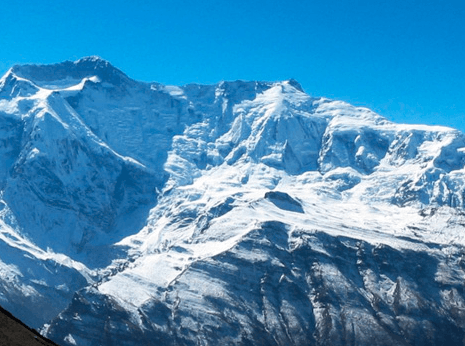 Mamostong Kangri forms a part of the Great Karakoram range. Standing tall at a height of 7,516 meter, it is located in the isolated Saichen Glacier. It is extremely difficult to reach this mountain peak owing to the adverse climatic conditions of this place. It is the 48th highest independent peak around the world. 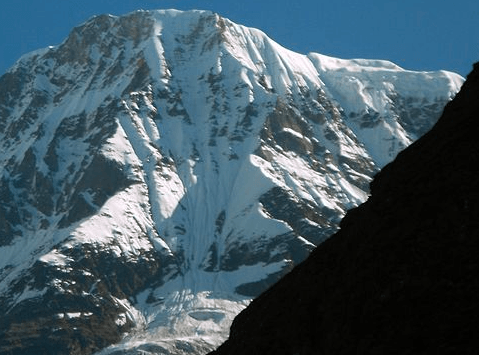 This high peak stands at an altitude of 7, 151 meter. It is situated in Milam Valley in Uttarakhand’s Pithoragarh district. The peak has religious connotations attached to it. It is also referred to as the Temple of God. The first ascent to this place was made in May 1978 by the Indo Tibetan Bordor Police. 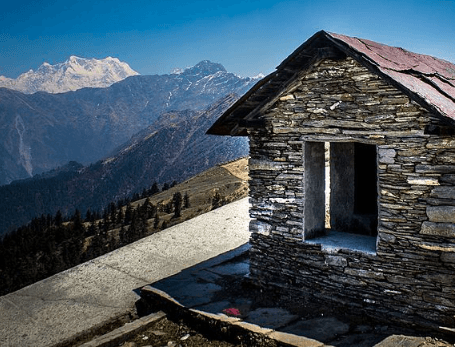 Chaukhamba I stands at a height of 7,138 meter and forms a part of the Garhwal Himalaya region. It belongs to the Gangotri Group that has three other peaks known by the name Chaukamba II, Chaukamba III and Chaukamba IV. Lucien George and Victor Russenberger made their first ascent to this peak in June 1952.