When you consider how high the cost of compliance is for certain corporations in highly regulated markets, the efficiency benefits of digitalising these economies becomes clear.

For example, financial firms spend over $180 billion on financial crime compliance. Furthermore, labour represents an enormous proportion of these costs, at an average of 54% of the total for firms operating in the APAC region. 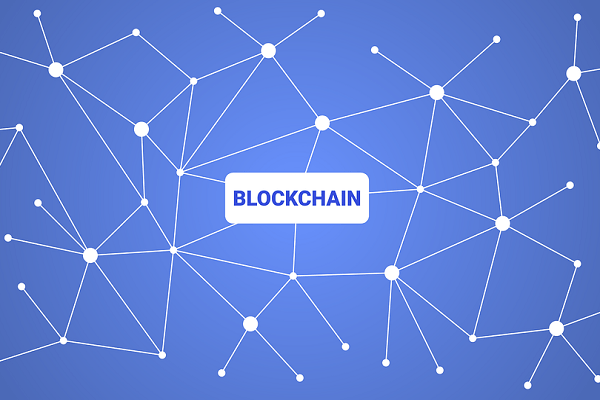 Blockchain and smart contract technologies provide an unprecedented opportunity for cost savings across a whole range of regulated industries. It is therefore extremely encouraging to know that 4 in 10 respondents to the ‘Global Blockchain Survey’ said they had already incorporated blockchain into production.

However, it’s also important to note that all of the established blockchain networks, which advocate anonymity and a lack of regulation above all else, will never be able to properly serve the needs of these organisations. What is needed is a blockchain consensus operating system to regulate digital economies.

The great benefits that have been brought to many markets through digitalisation over the last 20 years centre on speed and efficiency. We are able to consume media and purchase items from across the world through little more than a few clicks on our laptop or smartphone.

For all the easy online services we enjoy though, there are still many more processes that are manual and highly inefficient. As individuals, we are constantly delayed by paperwork and the need to verify our identity in a whole range of day-to-day processes, from travelling abroad to visiting the doctor or interacting with our banks.

To be clear, there is absolutely nothing wrong with regulation. It is a necessary part of living in the societies we do, where we ask governments to represent us.

As our representatives, they need to be able to determine the laws that govern us, keep us safe and help us to prosper. A great example of how this must work in a modern digital economy is the Cannabis market.

This is a fast growth market that only appeared in the last 5-10 years but it cannot realistically operate without strict regulations on the production and distribution of the product. In a digital economy, this requires a market specific, regulated application that can track every step of the supply chain but can also enable a global marketplace for customers.

In other, more established industries, corporations are well versed in the regulatory hoops they must jump through to satisfy the sovereign authority they operate under. As the example of financial firms shows, these industries often have old ways of working that make regulatory compliance slow, inefficient and costly.

Why existing decentralised blockchain systems are not enough

Digitalisation is coming to these established markets, gradually. This can be seen from the way central banks are investigating the benefits of implementing Central Bank Digital Currencies (CBDCs) to underpin digital economies and the globalised world.

Everyone, from the Federal Reserve in the US, the Bank of France and the Bank of England, is trying to understand how blockchain technology can be used to make this innovation possible.

As they do, I am sure they will all agree on one thing; existing, established blockchain technologies that advocate anonymity and a lack of regulation above all else, will never provide a basis for the CBDCs they hoped to deliver.

This is because the existing blockchain and cryptocurrency community has sounded like evangelists of chaos for too long. It is the reason why, I believe, such a powerful technology like blockchain hasn’t been able to reach its full potential.

Instead of preaching the gospel of anonymity, they should realise that what all economic entities want is to understand who they are dealing with and have an individual’s credentials verified by the representatives they elect to govern them.

What is needed is a blockchain system that isn’t a free-for-all but one that facilitates regulated digitalised activity under the authority of sovereign states where people live.

Rather than rejecting the norms we are all used to – as existing blockchains do – a regulated blockchain system would match the established social structures we all understand and trust.

The solution is a blockchain consensus operating system

What is needed is a blockchain consensus operating system that enables governments to regulate digital economies.

In order to do this, all 195 sovereign governments around the world would operate a super node in the top layer of this triple layer consensus system. These super nodes reach consensus across the government layer via a Proof of Government mechanism, utilising a global infrastructure that is backed by sovereign bonds.

Within its own regional network, each super node controls issuance, registrations and onboarding of corporations, which reside in the second layer. Just as in the economy we recognise today, these corporations would cover all areas of industry and be recognised as pillars of the economy.

As such, government super nodes would pass their issuance, registration and onboarding authorities on to these organisations in a Delegated Proof of Stake process.

Looking at the example of finance and CBDCs specifically, a super node could operate its digital currency by delegating its authority to commercial banks at the corporate layer.

Furthermore, the transactions would be enabled by the Real Time Gross Settlement (RTGS) system that operates at the core of the blockchain consensus operating system, providing speeds of at least 1.5m transactions per second.

In the third layer of the system, individuals would be able to operate in a totally decentralised way, interacting with one another via smart contracts. As the consensus at the individual layer operates via a Proof of Storage mechanism, individuals would control all of their data and interact with others without sharing any of it.

Ultimately, it is the individuals that would benefit most from this regulated blockchain system.

They would be able to use smart contracts to interact quickly, efficiently and transparently with governments, corporations and other individuals.

They could control their own data via Proof of Storage and operate without any risk of fraud or hacking because the entire operating system is a closed one. Also, by investing in these digital economies, they could earn money from the transaction fees that fund the entire system.

This is why a blockchain consensus operating system is needed to regulate digital economies, in order to benefit governments, corporations and, ultimately, individuals across the world.