Football players are as fit as they come. They have to be; running up and down a 100-yard pitch for 90 minutes, and sometimes longer is quite physically demanding. Yet professional players appear to do so with relative ease.

Of course, most of these players have been at it since they were kids, so it comes naturally. However, there’s quite a lot of work that goes into maintaining optimal fitness as a professional football player.

Players such as N’Golo Kante and Cristiano Ronaldo are among the fittest players in the European game. Ronaldo, for one, is known to be one of the hardest-working individuals in pro sports, going the distance with diet and training.

It’s no wonder he’s still one of the best footballers in the world at 36 years of age, having influenced the way sports betting websites hand out football odds since the mid-2000s.

So just how do pro footballers train?

It’s no secret that footballers top the list when it comes to cardiovascular fitness. A single game of football requires players to run several miles and accelerate into sprints at various points. Players need both stamina for the long term and power for the short term.

In order to maintain requisite levels, they need to train both aerobically and anaerobically. The former requires oxygen for the creation of energy and is used for long-term endurance while the latter does not call for oxygen as it doesn’t last as long.

Players employ interval training as a means of keeping both of these aspects up to standard. Such training combines short bursts of intense activity with active rest.

There are a number of ways in which one can achieve this. Players can simply alternate different speeds on a treadmill or take jogs that turn into sprints at certain points, most times uphill, or repeating 400-meter sprints with one minute of rest in between. The exercises aren’t very long and can be completed in 30-40 minutes.

Cardiovascular exercises aren’t only good for stamina, they’re also a requirement for maintaining proper weight and burning fat. There have been instances of players showing up to preseason training with visible fat gains around the gut.

Real Madrid’s Eden Hazard is one such example while Brazilian attacker Willian, who plays for Arsenal, stirred up some criticism after getting pictured with an unusually large belly during a recent preseason fixture.

It’s since been reported that the player was wearing a weighted vest under his shirt and he has admittedly looked much leaner in photos taken in subsequent training sessions.

It’s understandable that players would want to let go whilst on holiday. The football calendar is quite grueling and who can blame them for taking a load off during the offseason? They can be blamed for not dropping the extra weight by the time the season gets underway, though. 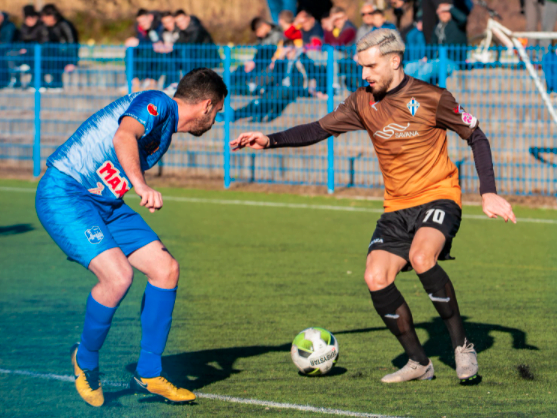 Interval training is helpful in that regard and, oftentimes, players are able to get back into proper shape by the first few games of a campaign.

Such training will also work the legs, which is what earns players their hefty cheques every week. However, it’s equally important to train the core and upper body as football is a contact sport, a pretty harsh one at that.

Weight training is also crucial. Exercises like squats, lunges, and calf raises are part and parcel when it comes to the footballer’s workout. Those are all done in high volume. Regular folk don’t need to train that way but footballers are a different breed and need their legs as strong as they could be.

Upper body exercises such as the bench press, bicep and tricep curls, lat pulldowns are just a few of the many workouts undertaken. Footballers hit the gym just as hard as bodybuilders, they have to. They just don’t require the same muscle mass.

There are a few examples of players who boast bodybuilder physiques. Wolverhampton Wanderers star Adama Traore, pictured below, is an unusual football specimen given his well-built frame, yet he pales in comparison to Adebayo Akinfenwa, a 39-year-old striker who plays for the Wycombe Wanderers (also pictured below).

Up until 2018, Traore insisted he didn’t use any weights. He’s since put out videos of himself in the gym, though.

“I train every day with my physical coach, people ask if I do weights or on social media they ask if I take something or what I do, but I don’t, it’s just prevention and physical work, I don’t do work to get muscle because I get muscle really quickly,” he said back then.

“No, I haven’t lifted a single weight. I know people won’t believe it, but it’s true.”

Training of the core is crucial as it helps stabilize the body and is essential to overall fitness. Planks, crunches, sit-ups, Russian twists, leg raises and back extensions are all great exercises for core strength.

A combination of interval, weight, and core training should have you well on your way to becoming as fit as a pro player should that be your aim. You could mix it up in any way you like, just as long as you get equal helpings.