According to data compiled by social media marketing firm Buffer, the world’s top digital properties are an eclectic bunch.

Facebook is the undisputed leader, with more than 2.2 billion monthly active users. A host of chat and messaging apps, like WhatsApp and WeChat, follow – their lightweight interfaces and no-nonsense feature suites are ideal for on-the-go users in the developing world. 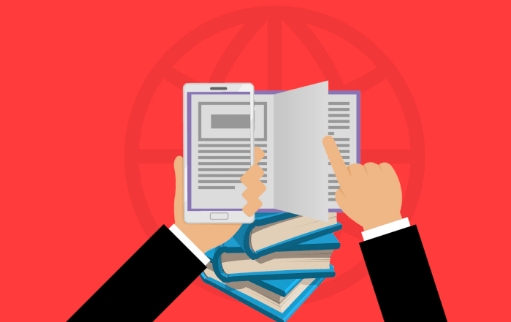 Some are downright foreign – literally – to American audiences. What the heck is QQ, for instance?

You have to go pretty far down the list to find the great mass of social sites upon which you’re likely to build a North American marketing campaign. Not that you shouldn’t explore opportunities to leverage thus-far-less-commercial platforms; those who refuse to innovate are doomed to fail, sooner or later.

But, for now, stick with what you know. Here’s what to do with five properties you’ve probably heard of.

1] LinkedIn: All About Connections

You don’t need anyone to tell you that LinkedIn is All About Connections. Or, put another way, it’s all about who you know – just like the real world.

If you haven’t already done so, connect “up” with well-regarded thought leaders in your industry and its adjacents. Connect with your employees (if you’re the principal) or subordinates (if you’re a supervisory employee) and mandate that they do the same with you. Commit to sharing original thought leadership content — more on that below – regularly with your network.

2] Crunchbase: Another Kind of Connection

Crunchbase is far less social than LinkedIn – and, for that matter, most of the other properties on this list. That’s not to say it’s not an important place to make connections.

This business executive’s Crunchbase profile offers actionable clues about precisely how to do that. Note the outbound links to key social properties, including Facebook and Twitter (see #3 and #4 below). If your own Crunchbase isn’t a vector for outbound traffic to your existing web properties, you’re doing something wrong.

There’s a wry saying among the digital cognoscenti: “never tweet.”

This actually isn’t sound advice. But it’s important to keep your baser impulses in check on Twitter, no matter how great is the temptation to do otherwise. Keep the focus on your work (or, better yet, others’) and let your accomplishments – not your snarky proclivities – speak for themselves.

Facebook isn’t exactly the place to let loose. Contrary to popular belief, people can see you here. But it does offer you a golden opportunity to let professional associates in on (some) aspects of your personal life. When in doubt, post pet pictures.

Last, but not least: Medium. Think of Medium as a turnkey blog with built-in social features – a ready-made platform for establishing your thought leadership bona fides. Post at least one original piece here per week, and leave time to respond to commenters.

You’re a Work in Progress

The work of improving a personal brand – or a corporate brand, for that matter – is never done. The sooner you realize you’re a work in progress, the sooner you’ll feel able to prioritize the steps you know you need to take to self-improvement.

Those steps are many, and they’re not always sequential. Here’s to taking them one at a time.