Home » Business » Boss Vs. Leader: The Never-Ending Battle Between Power and Leadership

If you’re someone who is managing a team, this doesn’t make you a leader. Futile and inept leadership often leads to high turnover and poor performance. In fact, reports reveal that the biggest reason why majority of the employees quit their jobs is because of a bad boss. 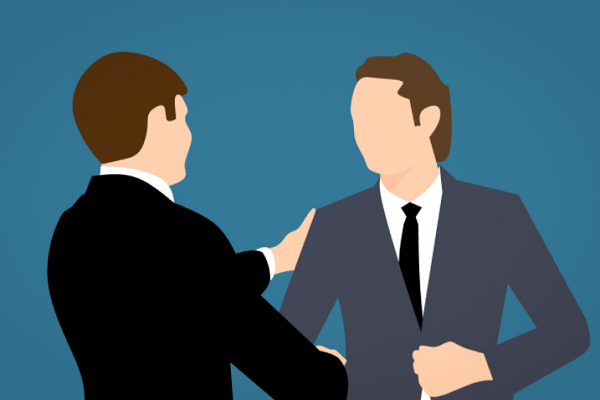 It takes time to process and incorporate the right qualities to inspire and lead a team. The consequences can be both challenging and rewarding. Do you think your leadership tactics are destructive or constructive? Take a quick test to find out whether you’re a Boss or a Leader!

Characteristic Features of a Boss

A boss will always be planning to show his authority and this is the only way he thinks of demanding respect rather than earning it. A boss leaves no stone unturned to retain his control and power.

There’s nothing that you can do as an employee and that your boss won’t come to know. He is the one who watches each and every move that his team members take and analyzes their mistakes. He often criticizes his team members and intimidates them whenever they perform badly.

His commands are like, “I need you to do this by Wednesday” or “You must do this by the end of this week”. When he gives out his orders, he expects his team members to fulfill all his commands without questioning them. In case the project isn’t completed on time, the team is rebuked badly.

A boss will tell you about his decisions and leave the entire task up to the team. He is least interested in the status of the work unless it affects him directly. As a result, the team members often hide certain issues that they face as they think that this might upset the boss.

Work is something that will always be of first priority to a boss. This means that he expects to reach out to you over telephone at any time of the day or night. He won’t lend his ear to any kinds of excuses on why things can’t be done properly when he has demanded that work.

A boss will expect you to achieve all sorts of goals at any cost. He has an ever-changing mood that will speak about the goals and also make his team members frustrated and confused. They also seem to be scared about asking any questions and hence this wastes time in deciding strategies and priorities.

A boss is always of the opinion that he is the BEST! There is none who can question his decisions and authority. Unless a boss learns how to lead a team, he can never run a happy and successful team.

Characteristic Features of a Leader

A leader will always encourage his team to learn and grow. He will constantly keep challenging his team by determining their strengths; emphasizing them and helping them improve on their weaknesses. This is the best thing of a leader.

A leader will watch out for the different ways in which he can improve his team members. He will always praise even a small success achieved by the team members. Once the members of his team face a roadblock to success, he will never hesitate to jump in to help him.

While a boss hears only the inputs, a leader will listen to his team. Listening is one of the most crucial aspects that decide the success of a leader. Taking up public speaking classes can help you improve your communication skills to better understand and communicate with your employees. He will always encourage feedback and take action whenever it is required. He gives equal importance to new ideas as he gives to his own ideas.

You will find a leader inquiring you and asking you questions like, ‘What do you think?’ He will always look forward to hearing the opinions of his team members.

He will ask you things like ‘Will you be able to do this by Friday?’ A leader will always ensure that his team has resources and time to complete a project. If not, he will watch out for ways in which he can help the team members without placing any blame on any of them.

A leader, unlike a boss, will exercise full autonomy. However, at the same time, he recognizes the time whenever his efforts are needed.

His team members will report issues instantly and hence they can be dealt in an appropriate manner. Whenever it is necessary, he will jump in to know how things are done and how things need to be improved.

A leader will understand the balance that is required in the work life. He will always motivate his team to take breaks once in a while. He will respect the time away of his team members and will adjust the projects accordingly.

The top priority of a leader is to ensure everyone shares a common goal towards which they walk. A leader will create the objectives and key results of a team to help the members understand the key goals and tell them the ways in which they can contribute to the success of the team.

Leadership and learning are indispensable to each other

A leader’s favorite mug is this! This is a statement by John F. Kennedy. A leader will always request feedback on the way he can become a better and improved leader. He will also ask the team members about how he can become a great team player and a communicator.

Which kind of person are you? Are you a leader or are you a boss? What do you think you need to change in order to become a leader from a boss?

Infographic brought to you by Wrike project manager tools.