Many people looking to get home internet are wondering is fibre broadband really better than cable? Even though the first is a newer technology, it’s actually not an easy question to answer.

They both seem so similar to each other to the average user and even seem to have the same download speeds available. In fact, they both seem to work well enough for modern households with connected technology. 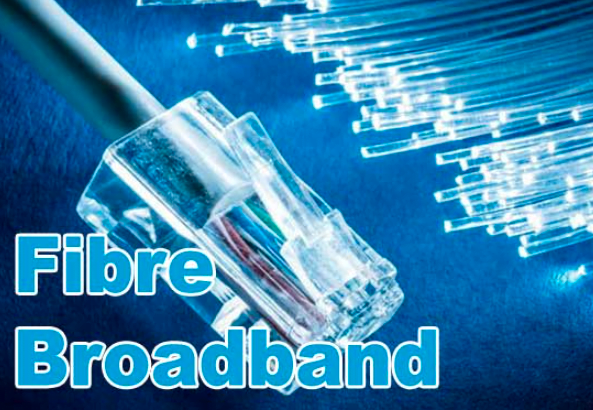 There actually is a clear answer to this question: fibre broadband is definitely better than cable internet. However, it’s not so obvious at first glance. While at times they do have similar download speeds, that isn’t the whole story. You also have to consider the reliability of the service as well as upload speeds.

The Advantages of Cable

When it comes to this kind of technology, you’re mostly concerned with how fast you’re downloading things. Since its introduction to the marketplace, it was the most impressive leap from dial-up and DSL broadband technologies.

Imagine going from a standard 56k modem with 50 Kbit/s to an extraordinary 1,000 Kbit/s. It was quite a leap at the time, and today the technology has advanced to a level that supports large media downloads and multiple devices.

The Disadvantages of Cable

However, consumers soon found out that the rated speed wasn’t a guarantee, especially during times of congestion with multiple users downloading large files. This became the norm as iTunes and other programs for downloading content allowed for this at all times of the day.

As you can tell, consumers weren’t happy about this at all, though many put up with it for a time. It was the fastest available, and some people still had to put up with DSL and dial-up.

Also, the upload rates are much lower than the download rates. At times, they’re even as little as 1 Mbit/s. While that’s enough for plain text emails and uploading some photos, users require much more than that today.

Photos are usually shared multiple times a day through messages, social media, and backups. Not only that, but many people are doing the same with video, requiring even more bandwidth.

The Advantages of Fibre

Since this is a newer form of internet connection, the download speeds are usually some of the fastest. Even though it’s not a huge increase, it’s still a fairly significant amount and usually at a decent price.

This means you have plenty of bandwidth for multiple users streaming different video and music apps at the same time. With so many smart devices becoming available, this need is only growing.

Additionally, the connection is usually a lot more reliable, meaning you usually get the expected rates. Traditionally, this connection was only used for businesses that needed to connect a lot of computers and devices to the internet.

While that’s still true, a form of it is now also available to households that need a reliable connection to the internet since people usually rely on it. Also, download speeds are the same as upload speeds, allowing you to share as much content as you want.

The Disadvantages of Fibre

As of yet, there actually aren’t any technical disadvantages when it comes to this kind of internet connection. It’s one of the fastest and most reliable technologies available today.

However, it’s still not available to everyone who needs it. That could mean a reliance on cable that doesn’t always work as well as it should. In some cases, providers require households to pay the installation costs upfront.

It’s fairly plain that the question is fibre broadband really better has a simple answer. It’s definitely better as long as it’s available to you and you can afford it. It’s likely that you can if you can afford cable internet.

This modern technology has the capability to keep up with today’s quick smartphone speeds for all your needs, including streaming and sharing content with your friends. If the internet is an important part of your life, it’s worth it.