Our planet has a variety of colourful feathery creatures. There are over 10,000 species of birds around the world. While some are colourful others have a monotone. 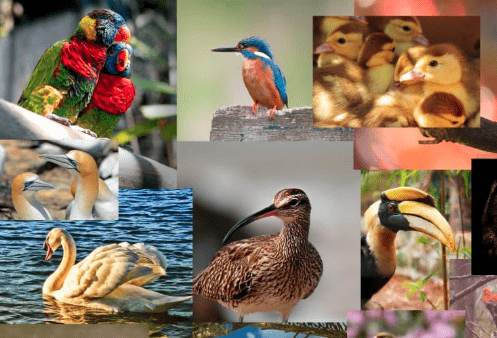 Moreover, each one has something unique that distinguishes it from the others. While some birds take a low flight others soar high in the sky. Likewise, some have a pointed beak others have flat one and so on. Here is a look at the 15 most colourful birds in the world.

Splendid Fairy Wren is a gorgeous bird mostly seen in Australia. Male as well as female splendid wrens are colourful and beautiful. The male splendid wren that are breeding are bright blue in colour. They have dark blue wings and tail, purplish blue throat and black markings on their eyes as well as chest. 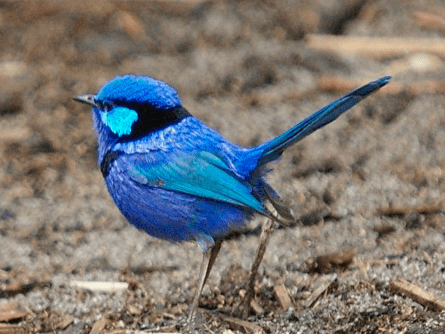 On the other hand, those who aren’t breeding are brown in colour. Their wings and tail are blue in color. Female splendid wren looks quite similar to the non-breeding males. The bird can grow as long as 5.5 inches.

This colourful bird is a visual treat. It is seen in Eastern and Southern America. It has a green body, bright yellow-orange wings and shiny red chin. In addition to this, it adorns a blue crown that adds to its beauty. 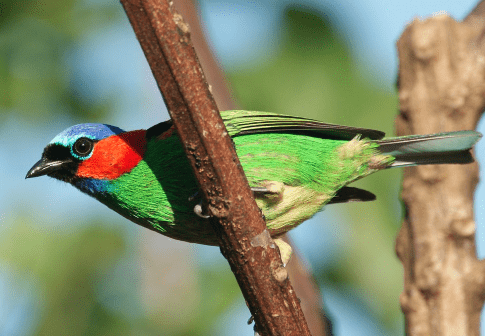 The bird sheds its feathers annually and grows new ones. There are three species of this bird and all of them are equally gorgeous. There is just a slight difference in their appearance. 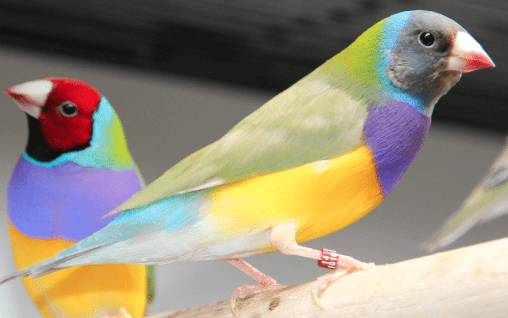 This is also a beautiful, colourful bird. It has shades of various bright colours including yellow, blue, red, green as well as purple. The gorgeous looking bird is quite small in size. Lady Gouldian Finch is endemic to Australia. It lives in tropical savanna woodland in Northern Australia. Unfortunately, the species is endangered.

Peacock is a part of the pheasant family. It is one of the most beautiful birds in the world. It is famous for its long gorgeous tail that comprises of colourful feathers. 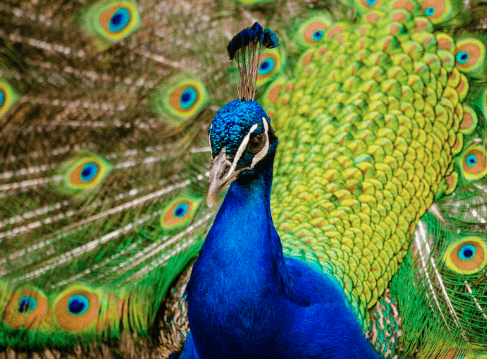 These feathers are blue, golden and green in colour. Moreover, they have an eye marking in the middle. Peacock feathers are used to make several things such as hand fans, earrings, decorative items and more.

Mandarin Duck has vibrant feathers. Native to Japan, this duck is very different from others. It can grow up to 10 inches in length. 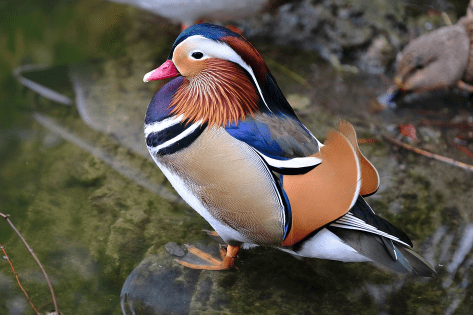 The average weight of this bird is around 2 pounds. It is the male mandarin duck that has colourful feathers. These are a mix of colours such as orange, green, grey, cream as well as black. On the other hand, the female mandarin duck is plain brown in colour.

Besides being gorgeous, this duck is also seen as a symbol of love and marriage.

Golden pheasant has a long, beautiful plumage as well as a colourful body. It is native to China. The bird roams around in dense forests in the western and southern part of the country. Its body comprises of golden, yellow and red colour. The tail of the bird has gorgeous black stripes. 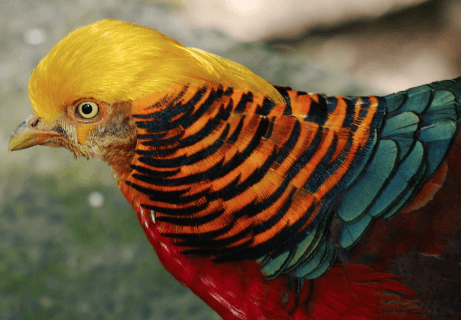 Unlike mandarin ducks and peacocks, in case of the golden pheasant, the female bird is more gorgeous compared to its male counterpart.

Yet another beautiful looking bird, this one is particularly famous for its unique features. Flamingo is among the longest migratory bird in the world. It has a beautiful pink colour body. It grows up to 4.6 feet tall. 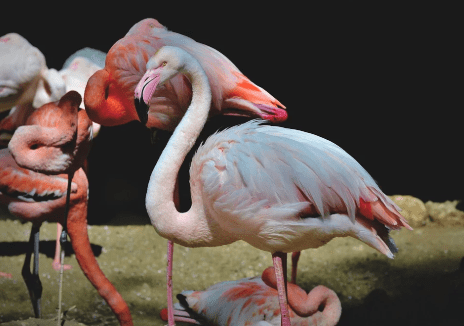 Flamingo is seen in various parts of the world including Asia, Africa, Europe as well as America. The bird lives in mangrove swamps and shallow lakes. It mostly survives on shrimps and algae. 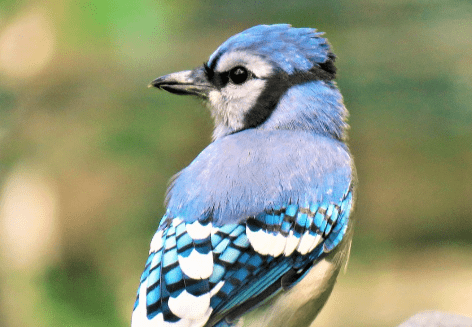 Blue Jay is known as an aggressive and clever bird. Besides, it is equally good looking. It has radiant blue and white feather. This is where it gets its name from. The bird is mostly seen in Eastern and Central America. A unique quality of blue jay is that it can imitate the mating calls of other birds. 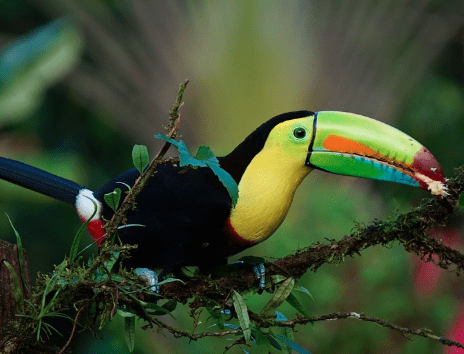 Keel Billed Toucan has beautiful feathers and colourful beak. Its beak grows up to 20 cm in length. It has a mix of different colours including orange, blue and red. The bird uses its beak as a defence weapon. The plumage of Keel Billed Toucan is black and yellow. It lives up to 15- 20 years.

Macaw belongs to the parrot family. It is mostly seen in warm and sunny regions. It comes in different beautiful colours such as golden, blue, scarlet as well as green. 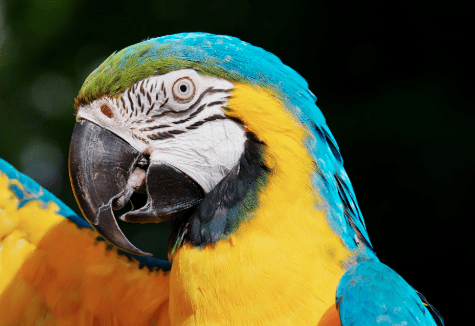 Macaws don’t just have a beautiful appearance but are also famous for their wit. In addition to this, being from the parrot family, they have the ability to imitate other birds. They can live up to 50 years.

Kingfisher birds have around 90 species. They have a small yet bulky body and long beak. The most common species of kingfisher is teal and rust in colour. The bird is popular for hunting down fishes. Kingfisher can be seen almost all around the world. 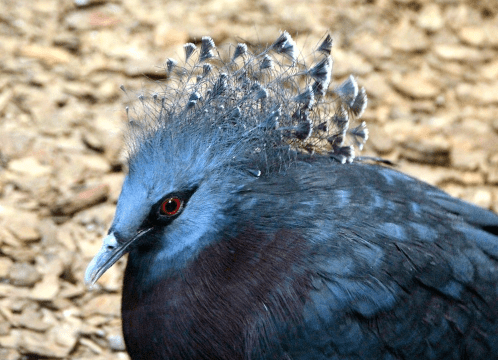 This beautiful bird has a gorgeous blue plumage and blue mask around its eye. It also has blue grey crests on its head. The bird mostly lives in marshy forests. 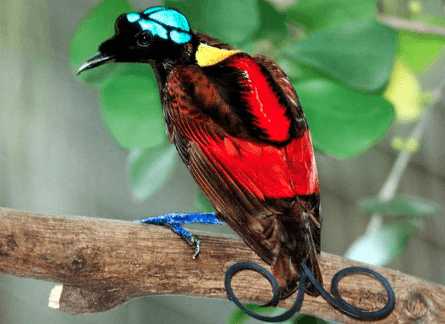 This is a small, exotic bird with beautiful looks. The male bird is a mix of different colours including vibrant blue, light green, yellow and violet. It is endemic to Waigeo and Batanta. It usually lives in lowland rain forests and at times in mountain forests. 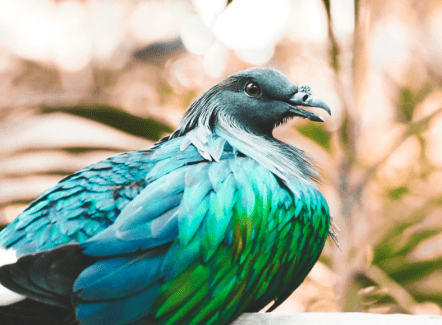 A Nicobar pigeon or vulturine pigeon is another visual treat. It has a metallic green and blue colour body. The pigeon has colourful feathers that render a gorgeous look. It keeps commuting between different islands, flying in flocks. 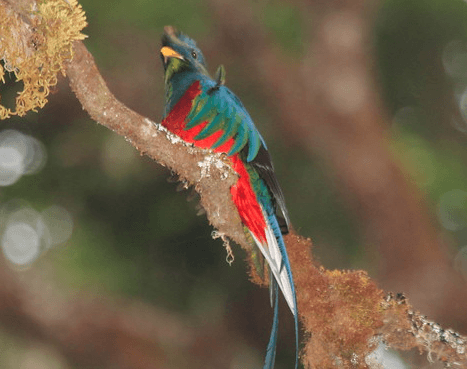 This colourful bird hails from the trogon family. It can grow up to 40 cm long. The bird is famous for its beautiful plumage. It comprises of blue, green as well as red colour.

The main body feathers of a quetzal are metallic blue or green. Resplendent quetzal has a bright red chest and belly. It is the national bird of Guatemala. It lives in the cloud forests and cannot survive in captivity.