Online bingo is now officially very popular amidst an emerging market of online casinos and gambling games. As an educational game, something to occupy your young ones’ minds in an educational way, and even an emerging lifestyle trend, bingo is a super popular game that is only going to grow in size.

But where did it come from, what is its current state in living rooms and car rides across the world, and where is going? Let’s take a look at the trajectory of bingo. 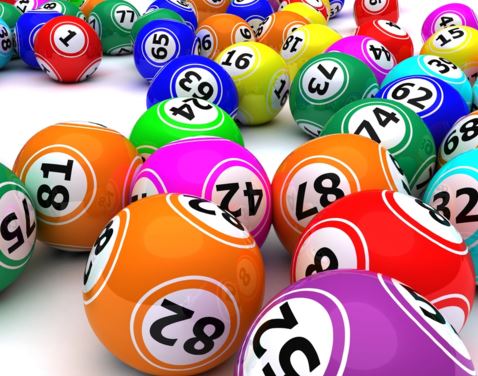 How did bingo get to the point to where it ballooned from 20 sites to 350 in the span of less than a decade (dating to 2013)? How did it get to this point of having constant adverts on TV whenever you flick it on, or to the dozens of available apps we have smartphones now?

In fact, it was not always inevitable that this game would become a worldwide sensation. It first had to survive from one version to another, dating all the way back to the 1530s in Italy to the game we enjoy today in so many senior citizen homes today.

It was once a game called ‘Il Giuoco del Lotto d’Italia,’ being played as a kind of lottery, but certainly not with the same boards and PA systems or online interfaces the majority of modern bingo players are used to.

Ever since the advent of online casino games like poker in the mid-2000s featuring gambling with actual money, it seems inevitable that bingo would join the fracas.

The game saw an online surge, and now it is pulling in more and more money while the mechanized and seaside-style version of the game played in large halls is somewhat slipping in sales in the UK as recently as figures from 2012 show.

Part of the rise in online bingo can certainly be attributed to emerging technology. For example, one of the largest and leading bingo sites can be played from a variety of devices, including tablets, PCs, Macs, and cell phones.

This is not unusual, but is now the norm as content providers try to reach as wide as an audience as possible, including by offering various payment options like a wide variety of major credit card providers.

The ubiquity of high speed internet access, even and especially away from the home, makes it even more accessible.

Couple that with a ton of promotions that are regularly offered by these kinds of bingo sites, plus actual cash winnings from time to time for the lucky player, and it is no wonder why players keep coming back for the chance to win more.

It is also seen as an educational activity, one that can keep otherwise unruly kids occupied during taxing, long-term road trips with something that is stimulating for their minds. For them, it makes the time go by quicker without so many inquiries of ‘are we there yet?’ For you, it provides a quality of tranquillity over a long drive.

For the elderly, online bingo offers a different benefit. Studies on the topic of preventing brain atrophy have shown that creating new neural networks by learning new material is the most important thing.

In this way, games with numbers like Sudoku or bingo – online in halls with people – or activities with language riddles like crossword puzzles, or even brain training services can be fun ways to help older folks stay mentally engaged, as they contribute to cognitive vitality.

In the lack of actual people to interact with, the social aspect of online games like bingo and brain-trainers is great for the elderly because of the presence of robust online communities to become part of.

The cultural effect of online bingo goes hand in hand with the way the game is integrated into our culture.

People love to speculate on what kind of dog would play bingo if dogs played parlour games (the answer, for the record, is indubitably the Labrador, a social animal which loves to be around other dogs who also listens well, the most essential of skills in a game like bingo).

Meanwhile, others are trying to figure out how to wear their favorite game with bingo-themed accessories, colors, and designs.

The Future of Bingo

As long as bingo proves a popular way to keep tired mothers occupied who do not feel like going out on a girl’s night out on the town after a work day, and as long as people still want to throw bingo-themed parties, you can bet that it will continue to be a part of popular culture in the west.

And with that acceptance comes a growing presence in online bingo, including in developing economies where online gambling makes up an important, emerging sector. 😀