If you’re an avid reader of the blogs at robots.net, perhaps you’re already familiar with the different kinds of robots from polar and articulated robots to cartesian and SCARA robots. But can you imagine a robot that can mimic human balance while running and jumping? 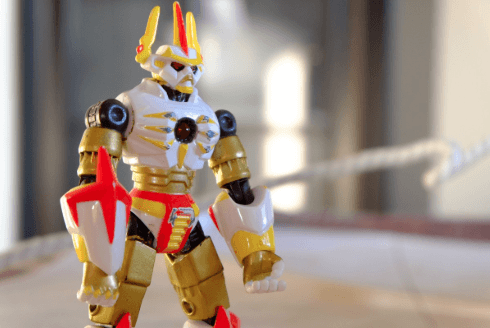 Yes, you heard it right. Engineers at the University of Illinois at Urbana-Champaign and the Massachusetts Institute of Technology (MIT) have developed a two-legged robot called Little HERMES that can imitate the balance demonstrated by its human operator.

The researchers touted this humanoid, teleoperated robot which can keep its balance like a human as a big leap in robotics engineering.

This robot can be a highly useful tool when it comes to carrying out complicated tasks in harsh environments, especially in search and rescue operations. If you want to know more about this robot, read this article.

Developers and engineers in the robotics industry are doing an excellent job when it comes to designing and building four-legged robots that can walk, run, and jump. But, for many years, it seemed that there was an obstacle to developing a two-legged robot that can do high-impact tasks without falling.

That’s why this two-legged, teleoperated bot built by MIT and UIUC engineers is considered a breakthrough because of its ability to balance like a human and carry out practical tasks in challenging environments.

This robot, which has two legs and a machined torso, is remotely controlled by a human operator. The human controller wears a vest that communicates information to the robot, directing the robot’s locomotion and allowing the human operator to feel its motions.

If the bot stumbles upon the ground, for instance, the human controller will feel a corresponding jerk or force on the vest. Such a feature will enable the operator to adjust his/her balance or motions and synchronize these adjustments with the robot.

In further tests with this humanoid robot to try out its “balance feedback” function, the results were satisfying. The robot was able to keep its balance as it ran and jumped around in sync with its human controller.

According to its creators, the balance feedback function enables the human operator to feel the motion dynamics of the robot. It’s like moving around with a backpack because you can feel the weight and the motions of the backpack on your body while you balance it to prevent it from falling off.

You can also direct the robot via teleoperation to push open a door by throwing its body at the door while maintaining its balance after the act.

Engineers Joao Ramos and Sangbae Kim have previously developed the two-legged robot HERMES. This bot can copy the gestures and motions of its operator through teleoperation. The research team stated that this method has its humanistic advantages.

In a series of tests, HERMES has handled a fire extinguisher, chopped wood using an ax, and poured coffee into a cup. The algorithms used to match the bot’s limb motions and positioning and its specially designed upper body all contribute to carrying out such tasks.

Another factor that enables HERMES to perform high-impact motions is the fact that it’s rooted in place. Keeping its balance is relatively simple because of this factor. But, when it’s directed to walk or run, the robot is likely to stumble upon the ground.

Hence, in their next project, Kim and Joao wanted to mimic the human controller’s dynamic balance so that the bot won’t fall easily. Mimicking motions wasn’t enough. That’s why they took the big leap of enabling the bot to maintain its balance. They built Little HERMES, which is the star of this story.

As mentioned previously, Little HERMES is physically a machined torso with two legs. It doesn’t have an upper body and limbs for lifting or throwing objects. That’s why the engineers who built Little HERMES are looking forward to developing a full-body human-like robot with similar balance control.

This feat done by the engineers at the Massachusetts Institute of Technology and the University of Illinois at Urbana-Champaign is an incredible development in the field of robotics. A robot that can balance like its human operator is a first of its kind, and this accomplishment should be further studied for humanistic benefits.

Little HERMES can be a big help in carrying out tasks in tough environments. For instance, this type of bot can be deployed for search and rescue operations or as a machine in various industries.