Are you a fan of superheroes? If you are head over heels in love with Spiderman, Batman and Superman, you’re definitely going to love Shaktimaan. This is a superhero television show in Hindi language that aired on DD1 from September 13th, 1997 to March 27th, 2005. 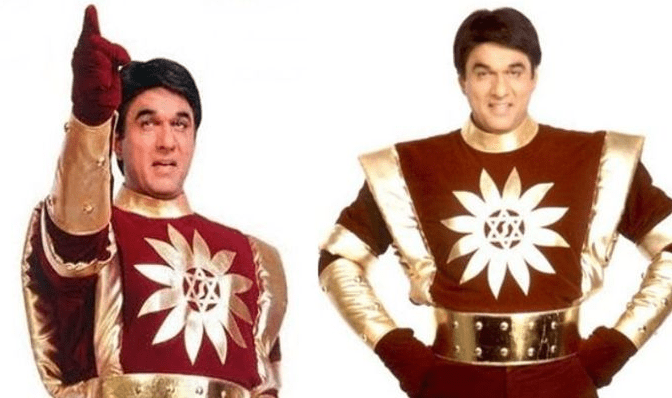 Mukesh Khanna, the producer played the role of Shaktimaan as well as his alter-ego with an interesting name – Pandit Gangadhar Vidyadhar Mayadhar Omkarnath Shastri! He played the role of a photographer for Aaj ki Aawaz – a newspaper.

In this TV series, Shaktimaan was shown as a human being who had attained superhumanly powers with the help of meditation and the 5 elements of Nature – Earth, Space, Fire, Air and Water.

Kitu GIdwani played the character of Geeta Vishwas who was also a reporter who secretly fell in love with Shaktimaan. After this series, there was another series called Shaktimaan : The Animated Series later in 2011. 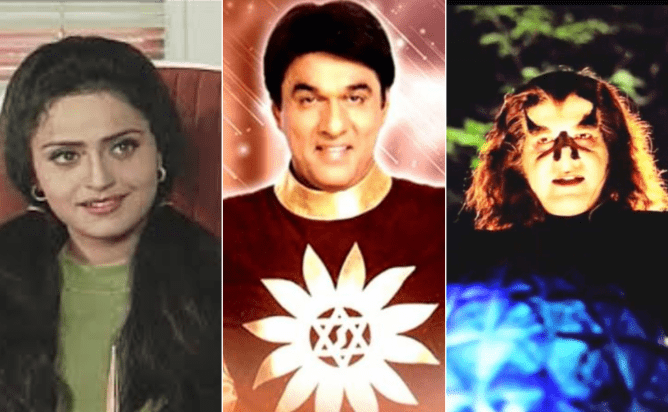 The Storyline of Shaktimaan

Since the time mankind evolved on Earth, humanity was in a state of peace until Kali Yuga arrived. Once humanity stepped into the era of Kali Yuga, hatred and greed took over humanity and the state of mental peace has been alleviating since the last 6000 years.

With a prediction to end all this, a group of saints (Suryanshis) selected a man to help mankind by rising against all odds and banishing all evil from the society.

This chosen man was preached the methods of energising the 7 different body chakras via Kundalini Yoga, after doing which he obtained supernatural and occult powers. While he was being trained, he even received training to conduct the death ritual so that he could exercise full control over all his powers by jumping into the holy fire.

As the 5 natural elements of like, fire, earth, water, air and sky rejuvenated his body; he gradually gained superpowers and turned into a Superhuman. 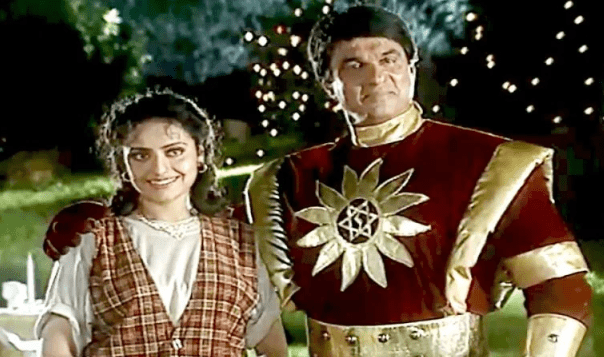 Once he becomes a Superman, he taken an oath to take care of humanity by ending all injustice and corruption in the society. Thanks to his initial few heroic acts that he is given the name Shaktimaan by Geeta Vishwas, a reporter.

On the contrary, this TV series shows an alter-ego of Shaktimaan who is a funny weirdo named Pandit Gangadhar Vidyadhar Mayadhar Omkarnath Shastri. He works in a newspaper office in the post of a photographer and he does this job mainly to hide his actual identity of Shaktimaan.

This man speaks in pure Hindi. The nemesis of Shaktimaan is Tamraj Kilvish who is the personification of all dark and evil forces in the entire world. 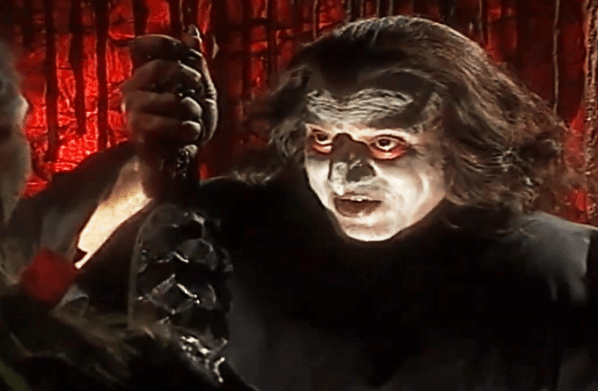 He is portrayed as a common human being but his reincarnation of Shri Satya is seen to possess spiritual powers that are honed through Meditation and Yog Sadhna. He is also a follower of non-violence, truth and all sorts of values and virtues mentioned in Bhagwad Gita.

If you have to know on all the powers that Shaktimaan possessed, they’re virtually unending. Shaktimaan has the capability of doing anything that he wishes to.

The only thing that can set a limit on his powers is his own belief in himself. If he falls short of ways to manifest his knowledge, he might end up losing. All his powers are derived from the chakras. Here’s what we mean by Chakras. 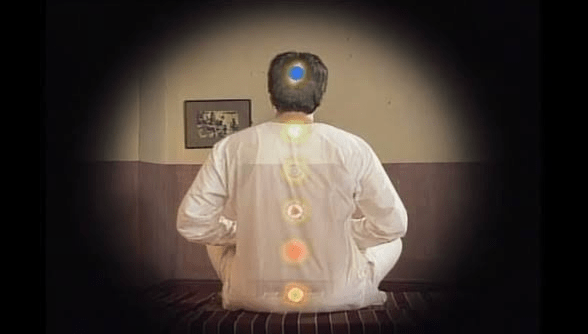 Energy Chakra: The Energy Chakra gives him all the strength that he requires for flying, emitting rays from the tips of his fingers and emitting fire from his hands.

He can also send out force fields that can protect everything and not let anything penetrate through it. The immense strength of Shaktimaan lets him penetrate any place or lift any object, no matter how heavy it is.

Astral Chakra: With the help of this power, Shaktimaan can exercise control over his astral self. This side of him is ethereal and a duplicate of his actual self and can walk through walls, fly and see through objects.

Creative Chakra: With the creative chakra, Shaktimaan attains the power to manifest things from thin air.

Heart Chakra: Through the Heart Chakra, Shaktimaan gets all the power to control the mind and will of other people, however only for their benefit.

He helps people see the positive side of things and also find out the errors before committing them. He can use this power to stop someone who is under the spell of Kilvish and is about to involve in some evil act.

Psychic Chakra: This chakra gives him a ‘third eye’ with the help of which he can read minds and see any place in the world, irrespective of the actual geographical distance. He can also receive signals of some potential danger that is going to come in any corner of the Earth.

He can also use the vibration chakra to hear ultrasonic sounds and accelerate the vibrations of his atoms. This way he can transport himself into time or space. He uses this power and chakra whenever he has to escape from difficult situations. 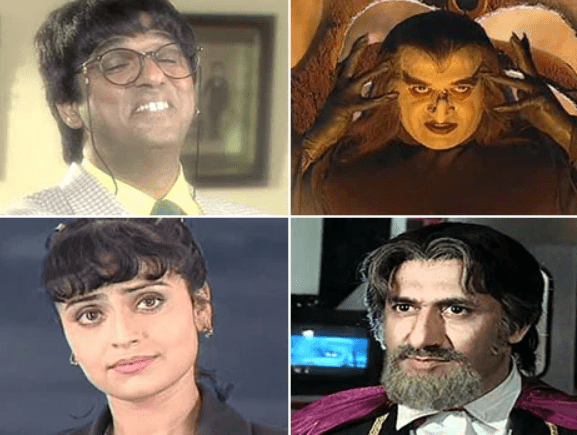 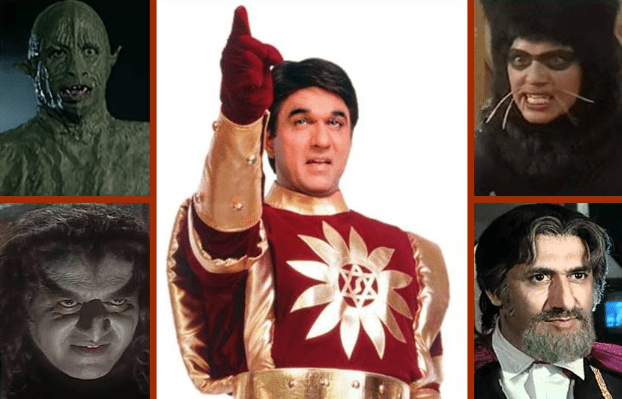 Personal Life of the alter-ego

In order to avoid becoming a victim of Tamraj Kilvish, Shaktimaan had this alter-ego of Pandit Gangadhar Vidyadhar Mayadhar Omkarnath Shastri who was placed in the normal society. This character is totally opposite that of Shaktimaan in every single aspect.

The alter-ego is different in terms of intelligence, appearance and also the language he speaks is pure Hindi. As he stays alongside normal people of the society, he is easily able to grab any knowledge of crime and evil.

He first grabbed a job in a newspaper firm on being interviewed by Geeta Vishwas. Later on, he becomes the co-reporter with Geeta Vishwas. When this newspaper agency was shut down, Gangadhar had turned into a Hindi professor.

Shaktimaan Title Song
So, if you’re a fan of superheroes, Shaktimaan is a must-watch for you. The viewers have requested the producers to bring it back on screen.