Homepage » Gaming » Speedrunning On Wow: Is It Possible?

Speedrunning isn’t anything new in the gaming community. In fact, there are games that even highlight and encourage players to do this such as Dragon’s Dogma and the Megaman games. 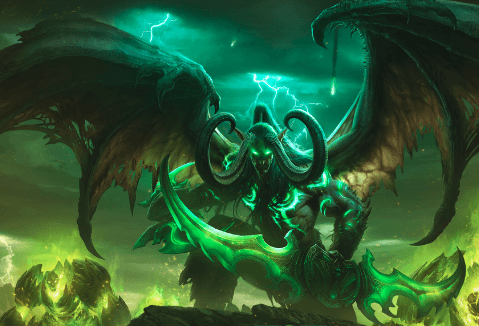 But is it possible in World of Warcraft or WoW Classic? Speedrunning an MMORPG game isn’t something that you hear a lot, considering that the genre leans more towards long hours of grinding, item acquisition, and a huge helping of side quests.

We’ll be covering a series of questions that people often ask when it comes to speedrunningWoW, what makes it so hard, and more down below.

Speedrunning is doing a play-through of a video game with the intention of finishing it as fast as possible. It can cover either the whole game or only a selected part of it, such as a single dungeon or level. While speedrunners aim for a quick completion, there are some that put additional rules to their activity to make the process even more challenging.

For example, players set their sights on getting all the platinum trophies or achievements while trying to finish the game. It’s mainly just to add difficulty to what’s already difficult, and to entertain others as well since these speedruns are mainly recorded and posted on social media platforms.

Why is Speedrunning World of Warcraft Difficult?

In the first place, speedrunning World of Warcraft at a fast pace is already hard due to leveling constraints. What’s more, in order to qualify for any speedrun in the game, you have to use a character from your first login.

Second, there are far too many categories you could speedrun World of Warcraft for. But at the same time, that’s exactly the beauty of it since you can pick from so many different varieties, making you open your mind more about different types of speedrunning.

As the speedrunning community of WoW is more focused on the PvE and PvP aspects, so finding someone who can help you speedrun other categories might prove to be a challenge.

Famous Speedrunners of World of Warcraft

If they can do it, you can too! Believe it or not, there are some successful speedrunners for World of Warcraft out there that you can draw inspiration from. A man by the name of Ian or ‘ianexplosion’ on his Twitch channel managed to speedrun his way to level 60.

But there’s one catch: He did it only by killing boars. It all started when he made a bet that if Blizzard released patch 7.3.5 on a day he thought it wouldn’t have come out, he would then speedrun a character all the way to level 60 by just killing boars.

Amazingly, Blizzard called his bluff and announced that the patch would be coming on the day he unluckily predicted it wouldn’t.

‘Doubleagent’, a player from WoW, never left the Wandering Isle. While thousands of players simply level up and leave the area during their early days, the player chose to stand his ground. The Wandering Isle is a zone where Pandaren characters complete easy quests to level up enough to choose a side (the Alliance or the Horde) and continue their journey.

Pandarens are races that start out as a neutral race, meaning they are neither part of the Alliance or the Horde at first. Thus, ‘Double agent’ not choosing a faction to side on means that he would have no access to the quests, dungeons, and raids that any other normal players do to level up.

Instead, what he did was pick flowers and mine rocks. Yes, that’s all he does up to this day! It took him 175 days to get to level 90, and now, he has reached the max level for the character. Blizzard saw his efforts and made an NPC named Venerable Shaman in the Wandering Isle in honor of his character.

So is Speedrunning Possible in WoW?

Yes, it is possible to speedrun in WoW however you like. While it is indeed hard to do, it is nevertheless possible if you really try. Plus, there’s no right or wrong way to play the Vanilla or WoW Classic versions anyway. So if you want to farm 10 billion WoW gold as fast as possible, then why not?

The great thing about World of Warcraft is that it doesn’t really tell you on how you should play the game, and while they do give out key quests, you can still choose to not follow them like what ‘Doubleagent’ did.