Did you have any idea how India is fast emerging as the hottest fashion hot spot in the world? Keeping in mind the home-grown talent that India has, this news will never take us by surprise.

From dolling up Bollywood actresses to celebrities to models, there are numerous famous fashion designers in India who played an instrumental role in shaping the present fashion industry in India.

Indian Fashion Designers You Should Know 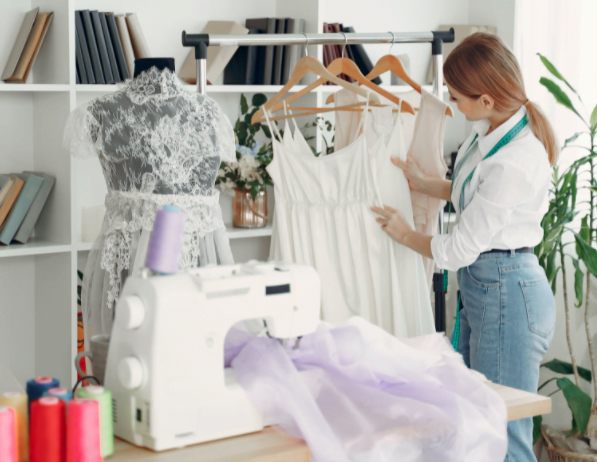 While it is true that their original labels are out of reach for many of us, their designer copes are the best creative products produced by famous designers. Besides putting India on the fashion map, the legends have contributed immensely on the local fashion market.

Here are the names of the best 15 fashion designers in India.

Sabyasachi Mukherjee is undoubtedly one of the best fashion designers that India could ever have. He is a Bengali Babu who has reshaped the conventional Indian fashion by juxtaposing the modern with the vintage.

His clothes are the perfect example of exquisite, elegant and classy. Each and every piece that comes from Sabyasachi Mukherjee is an exquisite piece that transfers us to the Royal era.

If there is one darling designer in Bollywood, it is definitely Manish Malhotra. He is a model-turned stylist and designer who has designed innumerable costumes for the cream layer of the B-town He began his career as a costume designer and this earned him several awards and enough fame. Manish runs 3 flagship stores in India and abroad.

Can you imagine a 15 year old girl launching her couture and also winning Designer of the Year Award? Payal Singhal, at the age of 15, weren’t able to understand a pastel from a solid color. This is an ace fashion designer of India who hails from a family of designers and artists who shows that creativity is in her blood.

Tarun Tahilian is one of the leading designers of India who is renowned for creating some of the best futuristic designs. His outfits are definitely extraordinary and this serves as the best example of visionary thinking and craft.

He also has the reputation of being the first designer in India to shave showcased his collection at the Milan Fashion week. His collections have been embraced by Aishwarya Rai and Deepika Padukone.

Anita Dongre is one of the most successful fashion designers in India whose fashion house has the power of generating more revenue in the country than any other.

Her success key lies in her sustainability trend in fashion. She has already designed for several foreign delegates like Hillary Clinton and the Duchess of Cambridge.

Madaba Gupta happens to be one of the youngest fashion designers in India who made her mark in the industry really quick. She is the child of actress Neena Gupta and ace cricketer, Vivian Richards.

Madaba Gupta is unique in using bold prints that feature daily objects like palms, cows, telephones etc. She is well known for her unique color combinations and prints.

Eclectic and Playful are the two words that can best describe the work of Manish Arora. Manish is certainly one of the most famous names in the scene of Indian fashion and is renowned for his experimental designs.

His outfits are filled with colors including metallic shades and neons. He is a regular designer for Ranveer Singh.

Do you remember the engagement outfit of Samantha Akkineni that featured her entire love story that was wholly embroidered with gold thread? This trend was started by Kresha Bajaj.

She soon became the talk-of-the-town after designing her wedding lehenga that showed woven scenes of her love story. Kresha gained popularity since then and never had to look back.

Anamika Khanna is a celebrity fashion designer who is the first in India to own an international label named ‘Ana Mika’. All her outfits are modern and contemporary interpretations of the conventional Indian outfits.

With her Cowl kurtas, she gained a global applause and she took her inspiration from Gandhiji’s dhotos. She also turned the 9yard saree into a comfy dhoti saree to win accolades.

Shantanu and Nikhil is another popular fashion designer brand owned by Mehra brothers, Shantanu and Nikhil. They launched their personal label in 2000 and since then, dressed numerous celebrities. Their focus is more on the geometric and edgy patterns in lightweight fabrics and vibrant shades.

Ritu Kumar is the person who runs one of the biggest fashion houses of the country. She was the first ones to introduce the concept of wearing designer clothing to Indian people.

Her line of clothing reflects her respect towards Indian crafts like block printing which was reintroduced by her. Ritu Kumar’s outfits are elegant and classy and have earthy vibes in them.

Gaurav Gupta is the man who introduced avarde and contemporary fashion of India. His 3D designs and fluidic patterns made him famous and his never-seen-before textures usually have a psychedelic impact on our minds.

His ideas are impractical and outlandish. The Indian audience are amazed by his engineering and technicality. He adds edginess and dramatic elements to his pieces.

Do you remember that black and metallic blue saree that Sonam Kapoor donned at the Cannes film festival? If you still don’t know the creator of this outfit, it is Rimzim Dadu.

She is a young designer from India who revamped the conventional Indian saree look by replacing threads with metallic yarn. She is well-known for her unconventional ideas.

When you make a list of the best fashion designers of India, you can’t complete the list without the names of this duo. They have reined the industry for the last 3 decades and have been regular designers for stars like Amitabh Bachchan. Their clothes are aristocratic and refined.

One more name of the Indian fashion industry is JJ Valaya. Besides being one of the first few luxury fashion designers in India, Valaya is one of the first global ambassadors of the international brand, Swarovski. He formed the “House of Valaya” along with his brother TJ Singh.