PUBG (Player Unknown’s Battle Ground) is one of the most interesting and engrossing games online. Gamers across the globe are hooked to this thrilling action game. 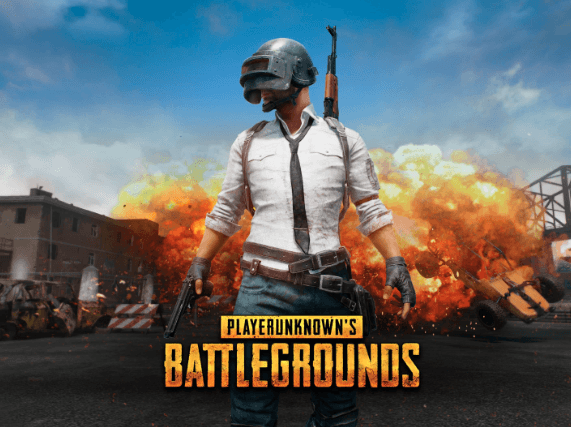 The craze of this game is so much so that it has given way to a new kind of addiction – the PUBG addiction. While several people around the world are playing this game not everyone has the knack to pull it well. Only few have been able to master it.

Here is a list of the top PUBG players in India.

Naman Mathur aka Mortal is one of the most well-known gamers in India. A part of the Soul clan, Mortal is central to it. As he started his YouTube channel in September 2016, he began posting videos of his game plays of Mini Militia.

However, he came to limelight only after his game play videos of PUBGM went live. It was a treat to watch the game being played with such flawlessness. These videos of Mortal went viral and he became the talk of the town.

Mortal plays the game on his tab. He is undeniably one of the best PUBG steamers in the country.

MADDOG is a part of the ETG clan. He is in fact one of the best players of the clan. ETC clan was bang on in the recent tournament and the credit for the same mainly goes to MADDOG for his sharp approach.

MADDOG is known to have an excellent Kill Ratio. His PUBG game plays are addictive. He kills the opponents with such brilliance that it is hard to take your eyes off his game. Other members of his clan are also good with the game.

BeastBoyShub is a known name among Indian gamers. He has streamed game play videos of many popular video games such as Resident Evil, Walking Dead, Granny and more.

BeastBoyShub created his channel in September 2016 and began streaming his PUBG game plays in 2017. He plays the game amazingly well and keeps the interest alive. No wonder, his PUBG game play videos are extremely popular among gamers.

Aditya Sawant aka Dynamo is yet another popular PUBG streamer in India. He is one of the first and most sought after gaming content creator. He created his YouTube channel to stream his game plays in March 2015.

Dynamo Gaming played different engrossing games that were a hit around that time and pulled subscribers with his smooth game plays. He began playing PUBG in 2017 and has been uploading regular game play videos of this popular action game.

Soul Nova is yet another popular PUBG player in India. He belongs to the famous Soul Clan. Nova has been playing PUBG regularly and is known for his superb gaming skills.

He is an aggressive player who leaves no stone unturned when it comes to defeating his opponents. Soul Nova has his own YouTube channel by the name, NoveKing where he uploads his PUBG game plays regularly. He has a good Kill Ratio. He is in the ‘Ace” tier currently.

Mayank Yadav aka Poor Gamer loved playing Rules of Survival back in 2017 when he started his gaming channel. He posted gaming videos of this game around that time. However, as PUBG fever picked up, Mayank tried his hands at it and did a really good job.

He then began posting PUBGM game plays that were loved by gamers across the country. He was appreciated for his eye for detail and smooth game play. Mayank dons a positive attitude and is extremely humble in real life.

This superb PUBGM streamer is extremely popular among PUBG fans. His gaming techniques are on point and his game play videos offer an amazing experience. His love for PUBG encouraged him to create an exclusive YouTube channel for streaming gaming videos.

He started his channel in July 2018 and began uploading PUBG game play highlights. His videos fetched attention almost immediately. He often streams videos where he takes on other ace PUBG players from India. Watching such videos is absolute fun.

Animesh aka 8Bit-Thuglife is yet another brilliant PUBG player and streamer in India. He forms a part of the gaming clan, Team 8bit which he himself has created. Team 8Bit takes on various top Indian gaming clans and is known to win the tournaments more often than not.

Animesh plays many games online and uploads their videos. His PUBG game play videos have especially garnered attention owing to his superb gaming skills. He has a YouTube channel, 8biy_thug where he streams these addictive videos.

Who doesn’t know this famous YouTuber? Ajay Nagar has gained immense popularity among YouTubers owing to his channel, CarryMinati where he posts entertaining videos regularly.

However, not many of you may be aware that Ajay is an ace PUBG player too. He started an exclusive YouTube channel, CarryisLive in January 2017 to upload his game plays. His PUBG videos are amazing and leave his audience wanting for more.

Ron Gaming created his YouTube channel by the same name in July 2016. He is an ace gamer who loves trying hands at different games.

He has mastered many popular games such as Far Cry, Destiny 2, Rainbow Six Siege and Ark Survival. Ron Gaming streamed game play videos of these games initially. He began playing PUBG in 2018 and most of the videos he uploads now stream this popular game.

Though I have never tried playing PUBG, I certainly have watched its game play videos and these are undoubtedly addictive.