The idea of a water leak probably sounds quite dramatic, an overflowing bath filling your bathroom with water, or a burst pipe spraying water out from under your sink perhaps.

In reality, water leaks are generally much less exciting – but that doesn’t mean they’re not incredibly expensive to put right if they go unnoticed, even for a short period of time. 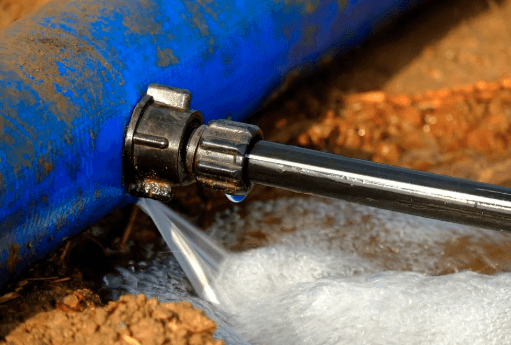 This is where a specialist water leak detection company proves invaluable. Not only do they have the expertise to understand why water leaks occur and how to deal with them – but they also carry specialist equipment that makes tracking the leak down a lot less stressful than you might expect.

In the past, leak detection technology was fairly simple, you open up the pipe-carrying cavities in the house until you see signs of water. Not only is this kind of approach extremely labour intensive – it’s also enormously time-consuming.

Now though, detection can be done almost entirely non-invasively. In fact, the majority of household leaks don’t even require the homeowner to move furniture or lift carpets. Instead, thermal imaging cameras, tracer gas, and leak detection microphones do the hard work.

Although it’s not always something you’ll be able to hear unaided, water leaks generally make noise – and tracking down that noise is a good way of finding where the problem water’s coming from.

The trouble is, the noise is often very slight, and there are plenty of other systems in your home that are also likely to be making noise – so a specialist acoustic leak locator is needed.

An electro-acoustic microphone has a probe with a series of extensions that can be touched against the floor, walls, pipes, valves, or other surfaces to ‘listen’ for the source of the leak. As you move around the system, the signal will become weaker or stronger – so you can eventually narrow down where the water’s coming from.

Part of what makes a detection company’s acoustic detection equipment so specialist is how it isolates particular frequencies to make sure it’s only the leak that’s being heard.

In reality, even a quiet house can experience noise interference from local roads, neighbours, wind, and potentially hundreds of other sources. While the equipment will ‘hear’ these noises, it will only display the quietest water leak noise, so the user isn’t taken in the wrong direction.

A lot of the water that travels around our homes is under pressure – which makes it easier to find the source of a leak. However, if the system that’s leaking is not under pressure, it can make tracking the leak down more difficult.

It’s in situations like these that a water leak detection tracer gas system comes in useful. Made up of hydrogen and nitrogen, the tracer gas is introduced into the pipework system. Since the gas is extremely light, it exits will generally leave the system through the point of least resistance – which is inevitably the point that water is leaking from.

A gas detector is then used to locate the bleeding gas – and in doing so, the leak is also located. Since both hydrogen and nitrogen are neither corrosive nor toxic, a tracer gas system is perfectly safe to use in drinking water systems too – making it a versatile way of tracking down problems. 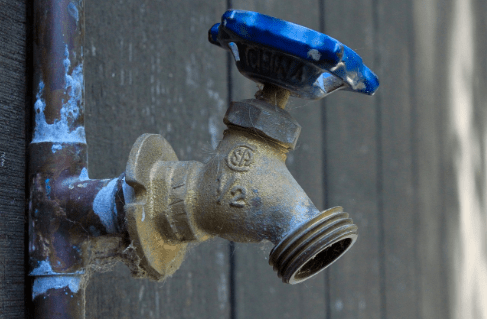 Our eyes can only see a limited amount of the light spectrum – but specialist camera sensors can pick up on the unique waves that are given off when a material is at different temperatures.

This is exactly how leak detection thermal cameras work. The user sweeps through the property, looking at the screen of the camera – where fluctuations in heat are displayed in colours that our eyes can easily discern. The darker blue or black the area is on the display, the colder it is – but when something shows as a bright orange, yellow, or white, this indicates heat.

Naturally, leaks from a central heating system are warmer than the surrounding area, whereas water that’s coming from the property’s supply or from outside the home will show as being colder.

The nature of leak detection means it very uncommon to find exactly the same problem from property to property, even if the symptoms seem the same. Water that’s coming into a property through a roof could, to the untrained eye, present the same kind of problem in the property as a leaking central heating system.

With this in mind, a leak detection company will somewhat rely on their experience and knowledge about the behaviour of water in the home to make sure they’re using the correct equipment from the outset.