We’re all familiar with a cigarette. It’s that paper tube filled with shredded tobacco; it typically has a filter on one end, and you light it from the other.

But, there still seems to be much confusion about vaping an e-cigarette and what exactly it entails. It’s not uncommon for people to imagine an electronic version of a regular cigarette whenever someone mentions an e-cig. But that’s actually not true at all. 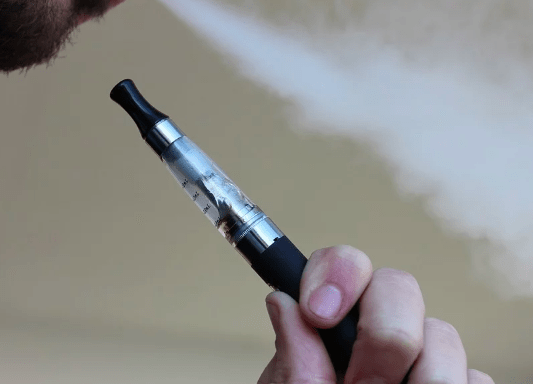 Vaping through e-cigs was meant as an alternative/replacement for conventional cigarette smoking. Although both share the same end goal (to deliver nicotine via inhalation), they both use entirely different mechanisms for achieving that.

Cigarettes do this by burning tobacco. But, in the process, you’re also inhaling 4,000 all different kinds of chemicals (other than nicotine). Some of those are toxic and carcinogenic. With vaping, you’re still exposed to chemicals, but they are far fewer in comparison and not nearly as toxic/harmful.

1] How Does Vaping Work?

The equipment you use for vaping, such as a typical e-cig doesn’t contain tobacco. There’s no burning of any substance involved. Typically e-cigarettes come with their own liquids, which may or may not contain nicotine.

Usually, there’s a small heating element that sits inside the equipment. As you turn the device on, it heats the liquid, thus turning it into vapors, which you then inhale via a mouthpiece. There’s no combustion whatsoever, which means there’s no smoke production.

2] Is it really better than smoking?

Of the two, vaping is definitely the lesser of the evil. Just the fact that vaping cuts out on hundreds of chemicals is reason enough for many to ditch smoking and move to vaping.

On top of that – things like no smoke production along with a bunch of other different aspects also make it a superb alternative to conventional smoking. It might even be an excellent tool for those who are trying to kick smoking to curb.

With that said, let’s take a look at some of the things that make vaping a better option to smoking.

We already established that. According to the Royal College of Physicians (an organization that represents more than 3500 doctors from across the globe), vaping is supposedly 95% safer than regular smoking. Their statement was based on extensive research carried out over the years. Think about no combustion and add that with zero ash and/or tar.

Those who don’t want to go cold turkey with quitting smoking find it better to get almost the same experience smoke-free and chemical-free with vaping. All of that eventually translates to better oral hygiene, improved lung capacity, better blood circulation, better skin health, and no cigarette breath.

Second-hand smoke is just as dangerous as first-hand smoke. This can be pretty bothersome for family members who have to live with a smoker and are regularly exposed to it. Vaping offers the most significant advantage in this context as your environment does not reek of smoke.

Although there may be slight aroma coming from the heating of e-liquids, it’s not dangerous at all. In fact, the smell is often barely noticeable. If anything, most people happen to like the sweet aroma of e-juices. It’s definitely a lot better than the smoke from a cigarette.

You can exercise complete control over the amount of nicotine you consume, which is not a possibility with a regular cigarette. You can buy e-juice with varying strengths and nicotine concentration. Some are even nicotine-free. You can choose from high to low strength ones.

It’s entirely your choice whether or not you want to use nicotine and how much of it (if at all). Those switching from cigarettes and just getting started with vaping would usually begin with high-strength e-juices and slowly lower the dosage to kick the addiction.

This is, again, an excellent highlight worth mentioning here. Vaping gives you complete control over the amount of vapors you inhale and exhale. While smaller vaping devices are meant for novice/beginners (to produce low vapors), high-powered mods are intended for cloud chasing. 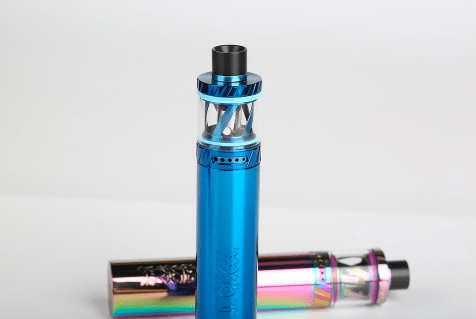 With the right adjustments and settings like the power output, controlled airflow, picking the right coil type, you can fine-tune the vapes and stumble upon just the right vapor volume (the kind your heart desires).

You can go as minimal or as showy as you want with cloud production. You don’t have that kind of freedom or room for adjustment with conventional cigarettes.

5) A flavor for every palate

The possibilities are practically endless if you talk about the kinds of flavors (desserts, menthol, tobacco, fruity, sweet, etc.) and aromas in which e-juices are available. That means you have a never-ending list of options to pick from based on your liking.

What’s more, everyday new flavors are hitting the market. You can go on trying all kinds of flavors and never run out of it. The novelty of flavors will never wear-off.

A pack of cigarettes costs around $13 if you live in New York. Assuming that an average smoker purchases five packs/week, the cost adds up to $260 for a month and a little over $3000/year. Vaping, on the other hand, comes with an initial substantial cost (starts at around $50 for starter kits).

You can buy those from Big Daddy Smoke. Once you’re past this point, a weekly bottle of e-juice should cost around $15/week. That’s $60/month and $720/year. This calculation alone tells you just how much more economical vaping is compared to smoking.

When all is said and done, it’s pretty self-explanatory how vaping is way better than smoking. If you’re looking to kick smoking to the curb or want to try out some fun nicotine-free e-juices, vaping sounds like a promising option. It may even emerge as the future of smoking.

Note: Smoking / Vaping is injurious to health, Never give your life in the hand of tobacco.