Amazing things are happening today with AI and chatbots. Avi Ben Ezra, the CTO of SnatchBot, shows us how one of the latest popular chatbots work.

Technology is enabling people to do amazing things. It is now possible to have a podcast interview with just about any celebrity. Many celebrities are also entrepreneurs such as the ones who have created the company Persona. This is basically a technological company which is creating chat bots for celebrities. 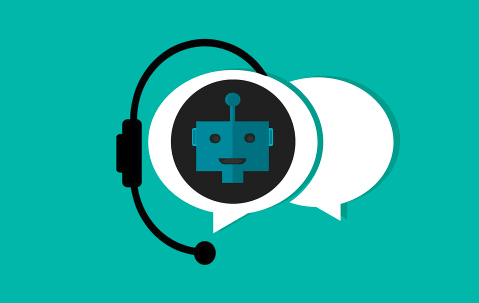 Many celebrities have already benefited from these technologies. Celebrities are role models and they are also trendsetters. They are bringing a lot of value to the lives of ordinary people. There are many fans that will give a lot to be able to speak face-to-face with their celebrity.

Unfortunately, even celebrities cannot be in more than one place at a particular point in time. However, this can be made possible by making use of celebrity chatbots. As Ben Ezra said: “Most people today would agree that celebrities are notable brands.

This is even more noticeable because of the power of social media. This has enabled those celebrities to interact with their supporters on a personal level”. Nevertheless, there are still many that either doesn’t know about these technologies or who have simply not yet made use of them. 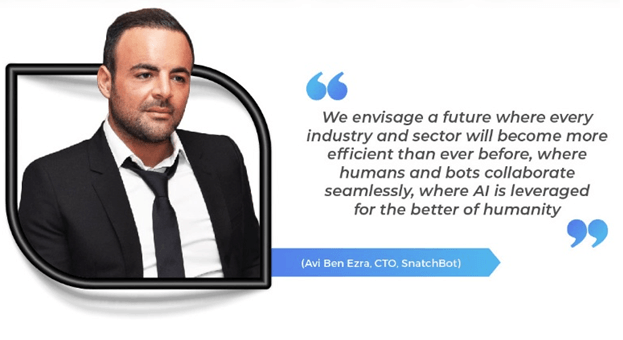 1] Brands have a similar experience

Notable brands simply cannot respond to every single one of the consumer comments which they receive through social media. The best they can do is to make use of AI chatbots to substitute for them in their endeavors to provide personalized interactions.

Because of new technologies which have become available chatbots now have the ability to provide amazing personalized interactions.They can do this in a way which until now has been impossible. There are celebrities who are making use of chatbots that is helping them to serve over 2 million people.

This is considerably more than the results which have been encountered when making use of social media. The primary purpose of the celebrity chatbots is to engage with supporters 24 hours a day by making use of the Facebook messenger platform.

2 million supporters are providing marketers with excellent marketing opportunities. However, many celebrities do not want their supporters to be exploited in this way. This is why these chatbots ensure that people are able to interact directly with the chatbots without being constantly interrupted by one ad or another.

2] The union between technology and celebrities

It is expected that this phenomenon will continue over the next couple of years. When looking at everything objectively it is only sensible for celebrities to make this move. Technologies such as artificial intelligence and chatbots are making it easier for celebrities to share information with their loyal supporters.

When a supporter decides to ping the chatbot of a celebrity on a platform such as Facebook messenger they can expect a response such as hi or oh hey or hello depending on the preferences of the celebrity. These things can be customized to represent the brand, personality, and character of the celebrity.

There are many supporters who are genuinely interested in the lives and the actions of popular celebrities. Others are stereotypes and will ask the same questions over and over again. If the celebrity is female, male supporters would want to know whether she is single and whether she would marry them.

It has apparently happened where the girlfriend of a male chatbot user has located his phone and was completely convinced that her boyfriend was interacting with the celebrity on Facebook messenger. The girlfriend was very jealous which is proof of how convincing chatbots can be.

Many people are simply not aware of the fact that it is basically only a machine. In order to ensure an effective celebrity chatbot will require some planning. As far as questions are concerned it is more effective to organize them in categories. Some of these categories will have to be made up as the project progress.

Likewise, more questions can be added when it becomes clear which things are most interesting to supporters. As more technologies become available the possibilities would increase and experiences will be even better.

In the first place, it will always depend on how much the celebrity is comfortable to share with supporters. Although the life of notable celebrities is to a large degree public property, one has to consider the family of the celebrity and especially the children.

This is why it must be accepted that some of the limitations are sensible and should be allowed and tolerated. Those sophisticated celebrity chatbots can nevertheless provide supporters with interesting information regarding that celebrity. It will be able to share the favorite music of the celebrity.

They can also provide information about the personal life of that celebrity. In some cases, the chatbot can even be programmed in order to enable it to provide an autograph. It can also reveal the favorite shopping places of the celebrity as well as their preferred foods.

A lots of information can be shared by a celebrity chatbot which can provide supporters with most of the information which they may need.

5] A very capable and effective substitute

Although chatbots are very powerful artificial intelligence entities, they are certainly not perfect. However, new technologies emerge every day which is certain to substantially increase the abilities of chatbots.

Celebrity chatbots provide both celebrities and loyal support with very interesting options things which were impossible until now.