Would you like to turn your sweet dreams into nightmares? If yes, you should inculcate the habit of watching the best horror movies of all time. They are cinematic masterpieces that sink deep down into your mind and remain in your subconscious memory until they scare you all of a sudden at the middle of a night!

You never know when this fit of scare is going to come. It may come to scare you on a day when you’re trying hard to sleep after being slogged at work. Despite having watched your last horror movie a month or a year back, they still keep coming back to haunt you. This is the essence of watching scary movies. 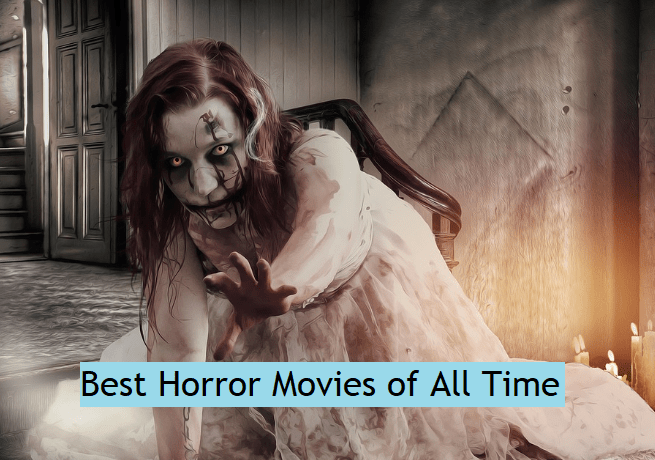 Researchers suggest that horror and comedy are two genres of movie making where the viewers always fear losing control of their emotions. In fact this is the reason why people have this aversion towards both the genres.

Horror, much like comedy, is that genre where the filmmaker also has to exert enough control over his line of storytelling. Let’s check out the best horror movies of all time, as ranked by critics.

Paranormal Activity is a movie where things got ‘dead’ serious (literally)! The movie introduces us to Micah and Katie who have long been witnessing several odd things in their home in LA. The director of the movie placed the camera at the foot of their bed to capture things that occur while they were asleep.

The things that follow in the night are enough for you to never want to see your bed again or lie alone! What is the reason why Paranormal Activity wreaks havoc to your nerves?

We realize sooner or later that all of us have the normal habit of sleeping in a dark room where we actually become prey to everything that lurks in the darkness.

There’s nothing scarier than the thought of bringing up a family into a world where supernatural activities along with brutal experiences hunt down every inch of humanity.

This is the first horror movie of John Krasinski where he stars along with Emily Blunt and gradually goes through a terrifying existential crisis where each sound could be the family’s last sound heard.

A Quiet Place plays with the audio in a rather innovative way. Humans are loud, their footsteps boom, you hear the creaking sound of doors and foods crunch. Every sound that the family makes takes them closer to death.

While the original version of Evil Dead dealt with a group of young chap in their twenties visit a holiday house, the ‘requel’ revolves around Ash and Linda, his girlfriend as they strive hard to stay alive after they listened to a reading from Necronomicon aloud.

Well, as per critics, Evil Dead 2 falls into the genre of a comedy-horror. It may not send you shrieking off miles from your screen but there’s a delightful visuality to each and every proceeding. So, if you want to see something that is a little less than ‘groovy’, this is definitely going to set under your skin.

Shaun of the Dead shows the so-called Shaun as he slogs his way through the sluggish roads of London, only to realize (a little too late) that a major part of the population has turned into cannibals while Shaun had dozed off.

He suddenly feels the demand to become the hero and rescue his mom and girlfriend and ensure everything is fine for all. But sadly, things don’t go as per his plan. At its heart, Shaun of the Dead is gory to the core.

With a combination of staggeringly incredible performances, brilliant audio quality and with more red that you can ever imagine, Shaun of the Dead is undoubtedly a masterpiece in the genre of horror-comedy.

This is a supernatural story of Gore Verbinski and the story is a remake of ‘Ringu’, a Japanese Horror film that was based on the novel with the same name, Koji Suzuki.

The story revolves around a journalist that investigates a videotape that consists of several mystifying and annoying images which when started, directs you to a phone call that foretells the death of a viewer over a period of 7 days.

It is an unsettling, dark, gloomy and gives you genuine scares. With the multiple unexpected twists, the plot of the story gains the attention of the audience.

Who hasn’t seen monster movies but when the formula of monster movies gets perturbed into something new and fresh; it becomes a horror film worth watching.

The Descent shows Neil Marshall dropping his girlfriends into an uninhabited cave and coerces them to live with humanoid monsters leading to a claustrophobic atmosphere. This results to the creation of most intense features of creatures that you have never seen before.

This movie may have rekindled the genre called torture-porn but it is one of the bests among horror movies. The title of the movie may give you a hint that the story is about a lewd killer but Saw is a movie that is restrained in a remarkable manner.

The movie has been made on a shoestring budget by James Wan and Leigh Whannell, and it narrates the tale of two men who wake up in a bathroom with a corpse in the middle of them. Since then, the story takes an intriguing turn that could scare the hell out of you.

Not every spooky film is well received by the critics but some like ‘The Descent’ and ‘Shaun of the Dead’ have garnered lot of appreciation from the critics and hence they’re still mentioned in the list that is being written in 2020 while they belonged to another decade. There are several other horror movies that can make it to this list but let’s keep them for another day!