Whenever we think of playback singing in the early 90s, the only name that stands tall among the rest is the one and only Kumar Sanu. The association of Kumar Sanu and Nadeem-Shravan became a deadly combination as they ended up giving some of the most memorable and popular songs of 90s.

Today, in 2020, even so many decades and with the turn of a century, there are numerous Hindi music lovers who listening to the evergreen songs of Kumar Sanu. 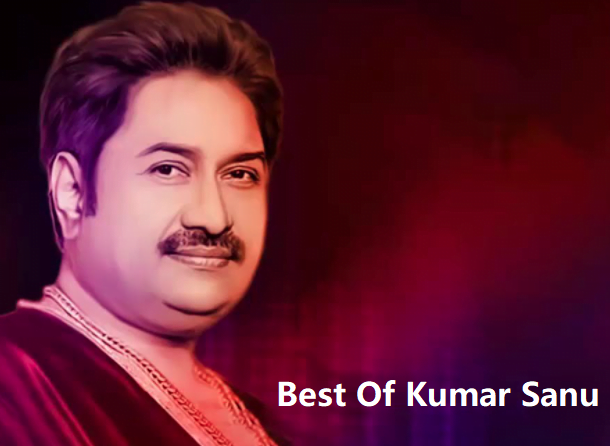 Nowadays there is a huge lack of nostalgic songs as the main focus has been shifted to item numbers and item songs. As a result, music sales also declined as compared to the 1990s. Nevertheless, if you’re still a fan of Kumar Sanu, here are his 20 best songs.

It has been unanimously acknowledged by all Bollywood music lovers that Aashiqui is the best musical movies of Indian cinema. It was Kumar Sanu who single-handedly carried the section of male playback singing in the 90s.

This is a song from the movie Criminal and this is probably the best composition of M.M Kreem till date. The song is extremely pleasant to our ears and it is inspired by Enigma’s 1990 debut album MCMXC a.d. Kumar Sanu delivered his best whenever he sung.

Kumar Sanu mesmerizes you with his emotional and sensational voice quality in the melody from another musical movie, Saajan that starred Sanjay Dutt and Madhuri Dixit. Kumar Sanu won his second filmfare for this gem.

This is so conventional, similar yet so melodious. The title song of the movie with the same name Dil Hai Ke Manta Nahi is highly rendered by Anuradha Paudwal and Kumar Sanu. The song can still create the magic with music lovers.

Sadak adds one more feather to the cap of Kumar Sanu and Nadeem Shravan who were the kings of the pack during the golden years. This romantic tune seems to be excellent to our ears and Sameer’s lyrics have done justice to this song.

You’d love to hear the sweet and melodious voice of Kumar Sanu along with the brilliant musical instrumentation of R.D Burman and it has a feel-good factor about this song. Kumar Sanu received his 5th Filmfare Award for this song from 1942 A Love Story.

This is yet another romantic song sung by the most famous duo – Kumar Sanu and Alka Yagnik. This movie was released in 2001 and it was a romantic film directed by Agathiyan. The soundtrack was composed by none other than Nadeem-Shravan.

Kaho Na Pyaar Hai is a Hindi language romantic thriller that was released in the year 2000 and the movie was directed by Rakesh Roshan. In this movie, the song, Chand Sitare was sung by Kumar Sanu and it became a hit immediately after it was released. This was Hrithik Roshan’s debut movie.

This is a fun song from the movie Hello Brother that was released in the year 1999 and it is said to be a romantic action comedy. Salman Khan and Arbaaz Khan were there in this movie and Rani Mukherji was the female lead. Kumar Sanu’s void did enough justice to this song.

This is yet another musical romantic film that was a superhit mainly because of its starcast and the lovely songs. Among all the songs, this one was sung by Kumar Sanu and Kavita Krishnamurthy. The movie had Salman Khan, Ajay Devgn and Aishwarya Rai.

This is nothing less than an infectious tune that was composed by the popular duo, Jatin-Lalit and it belonged to the movie Jab Pyar Kisise Hota Hai. In this song, there are the best yoddling interlude vocals by this legendary singer and once you listen to the tune, things can get addictive. The track is romantic and melodious.

Kumar Sanu and Nadeem Shravan again came together to create this masterpiece from the 1990s. The movie was Pardes, released in 1997 and the music of this movie is no less than magical. This is a perfectly composed romantic song with acoustic guitar.

Jo Haal Dil Ka is one more melodious song sung by Kumar Sanu and this song was from the movie Sarfarosh that was released in the year 1999. It was an action drama film where the lyrics of the song were given by Sameer.

A Bollywood buff will know the meaning of KKHH! The song Ladki Badi Anjaani Hai was sung by the famous and most-loved duo – Kumar Sanu and Alka Yagnik and it belongd to the movie Kuch Kuch Hota Hai that was released in 1998.

This movie was released in the year 1998 and it is a romantic comedy film that was written and directed by Sohail Khan. This song was again sung by Kumar Sanu and Alka Yagnik.

Pardesi is a song that was picturized on Aamir Khan and Karisma Kapoor, the leads of the movie, Raja Hindustani, that was released in 1996.

Dilwale Dilhaniya Le Jayenge was a milestone film of Shah Rukh Khan and maximum songs of this movie were sung by Kumar Sanu.

Kuch Naa Kaho is a song from the movie 1942 A Love Story, that was RD Burman’s last musical offering to us. This is an immensely melodious song sung by Kumar Sanu.

Raah Mein Unse is a song from Vijaypath, which is an action drama film starring Ajay Devgn and Tabu. Kumar Sanu was the singer of this immensely romantic song.