Once you’re logged in to Netflix, there’s a show for everyone! Although there are lots of rubbish doing the rounds about Netflix’s category of TV shows, yet you shouldn’t pay heed to them as this is the best platform for binge-watching.

Now that you’ve clicked on this post, it can be taken for granted that you’ve been searching for the best series or shows to binge-watch this 2020. We keep updating our list of the best Netflix series so that you don’t have to settle down with the mediocre ones and always keep finding the best ones to watch. 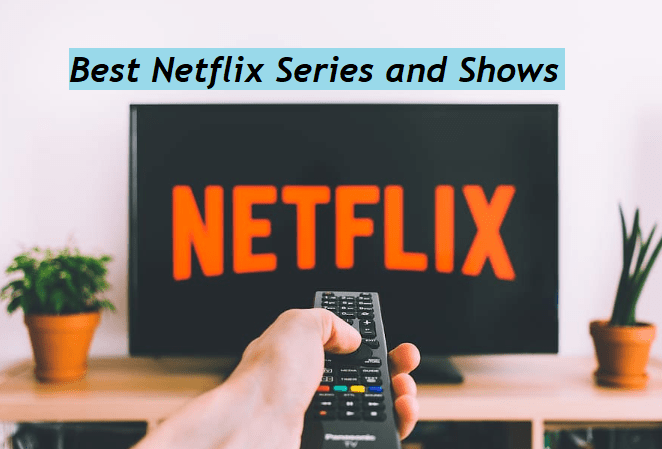 Considering the treasure trove that Netflix has, you can start streaming right now but if you have endless time (now that you have it courtesy the Lockdown period), you’ve got to look beyond a two-hour commitment.

Did you just finish a great mind-boggling series and you’re looking for the next? We round up a list of the best Netflix shows that you can start watching right away.

The name of the series sounds goofy, right? Well, it does, but don’t allow that strange name to turn you off. The Spanish-speaking nations call this web series La Casa del Papel and it is a thriller drama.

An enigmatic person named The Professor brings together an entire gang of criminals to rob the Royal Mint of Spain. With constant twists (that you can never guess), dense and dark characters and performances that call for applaud; this is definitely a clever show that has the capacity of gripping you throughout.

Money Heist has luckily garnered enough attention among the English-speaking people as well. Now that you’ve got 31 new episodes to watch, what are you waiting for?

By reading the name of this documentary on Netflix, you must be wondering to yourself how this can be real! Well, yes, Tiger King deals with the behind-the-scenes of the tourism attraction of big cats and as you proceed through the episodes, you’ll find it to be eye-opening.

There’s an eccentric who has lots of big cats inside cages but suddenly his eagerness to become famous takes the story to a serious and dark territory.

Unless you complete the 7 episodes, you won’t know where the story is moving. This is a must-watch as the characters are surely going to stay in your mind for a long time.

Community is the brain child of Rick and Morty who were famous for their NBC cult comedy.

This is a sitcom, a humorous series that starts off with a community of college-going students in a rather educational setting but the storyline suddenly turns to a new level as it begins to experiment with parodies of pop culture that are of high concept. Are you new to Netflix?

If answered yes, you should continue watching till the action extravaganza of season 1, named Modern Warfare. At this stage, the story sets the identity of the Community for the next episodes.

Ozark returns for a third time after being badly subject to comparisons with Breaking Bad due to the similar story of a supposedly good man being coerced to get involved in criminal life. However, people fail to realize that this is a totally different story altogether that is set in a titular setting with distinct visuals.

This adult series is dark and Bateman, the comedy veteran gets an opportunity to break all glass ceilings with his role. If you’re someone who loves watching shows like Fargo, this too would be good to go.

You is based on the novel with the same name and this is certainly going to be your guilty pleasure due to the fact that it’s thrilling. Penn Badgley who plays Joe Goldberg, chases, manoeuvres and even murders someone for winning his lady love who he is obsessed about.

Considering the incredible scriptwriting and some stellar performances that you’ll find in You, this show will keep you glued to your laptop screen. While the first 2 seasons are already there in Netflix, the third season is all set to be released in 2021.

Are you looking for a series that is really terrifying? If answered yes, you can opt for this documentary series that deals with the life of a man whose mentally unbalanced cruelty wreaked havoc in America in the 1970s.

The protagonist’s name is Ted Bundy. While he was waiting for his death, imprisoned, he gave interviews to Stephen Michaud and the reporter asked him to reply to his questions in third-person. Doing so, according to him, would boost the credibility of the answers.

The show deals with Ted Bundy’s acceptance of the fact that he murdered 30 women. Make sure you don’t watch this documentary alone!

Can you image what might happen if you stick a wall between few single girls and single boys? There’ll be nothing but chaos! This is a reality show of few optimistic romantics who are ready to date without the requirement of seeing each other in person.

Although few will say ‘I love You’, you’ll find within a matter of 3 days that these relationships don’t last for a long time. The strangest thing about Love is Blind is that the couples plan to get engaged in a wedding within few weeks so that they could see each other in person. Sadly, all don’t make it to the aisle.

Wouldn’t you love to run back to your childhood where you could see the ever-hot WWE wrestler on your screens yet again?

With Big Show, rather than boxing and throwing his enemies off the ground, it has got a rather bigger challenge. Here he is found raising his 3 daughters with his wife and they’re set in Florida. If you loved WWE, this is a must-watch!

So, now that you’ve got a list of the best Netflix series and shows that you can binge-watch, start streaming right away!