Despite 2020 being a really unfortunate year in terms of the COVID19 outbreak that has taken the lives of many innocent people, yet it has also been a year of some of the biggest budget films in the world of Tamil cinema.

Kamal Haasan, Rajnikanth, Dhanush, Vijay and Vikram have worked relentlessly hard to give their releases that are all lined up in 2020. While some of them are in dire need of a mega-hit, some others have the pressure of delivering a good movie. 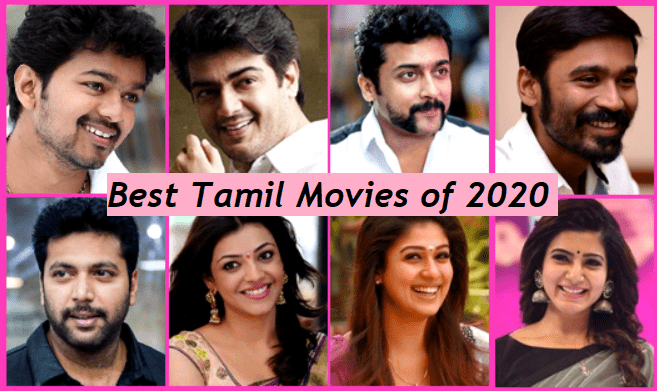 Here are the best Tamil films to look forward to this year.

The God of Tamil Cinema, Rajnikanth has offered you his latest film Darbar. You’ll be rather alarmed to know that the trailer of this movie already had 40 million views initially before the movie released and Chumma Kizhi, its title song was also a hit. January 9th was the date on which Darbar released.

He played the role of a cop after more than 40 years. The female lead is played by Nayanthara and Sunil Shetty is definitely going to be the most surprising factor of this movie.

Indian was released in 1996 and it had then garnered enough applause due to being a cult film in terms of its theme. The hero in this movie fought against an entire system that was corrupt.

Shankar announced the release of Indian 2 through a tweet on 15th of August and since then the buzz started building. The second part was more predicted than Viswaroopam.

Lokesh Kanagaraj gave us one of the biggest hits of 2019, Kaithi, including Petta, Viswasam, Nerkonda Paarvai and Asuran. The treatment of the characters was slick, the suspense was unexpected and the song and dance also worked.

In this movie, Vijay, after a long time, will face a face-off with Vijay Sethupathi. This is all that we know as of now about this movie.

Soorarai Pottru is the next movie of Suriya Sivakumar with Sudha Kongara and this film will be produced under the 2D Productions banner. Aparna Balamurali plays the female lead of this movie.

The editor is Satish Surya and cinematographer is Niketh Bommireddy. The storyline is based on events of Captain GR Gopinath, the founder of Air Deccan. The shooting was supposed to start on 7th April and the first look of the poster has gained enough popularity.

If you’ve been aware of the Tamil film industry, you’ll know that Chiyaan Vikram has had an unfortunate 2018 and this continued till mid-2019. Despite his movie Kadaram Kondan being an action-thriller, it didn’t manage to secure its place in the good books of the audience.

The title video of Cobra is interesting enough and initially it gained more than 1.5 million views.  Ajay Gnanamuthu is the director of this film, who also directed Imaikka Nodigal.

20th April 2020 is the release date of Valimai and Ajith Kumar plays the lead role here. Valimai or Thala 60 is an action movie that has been directed by Vinoth H.

Since the movie is yet to release, there are no expert critic comments that we can share with you but nevertheless this is definitely one of the Tamil movies that you may look forward to watching in 2020.

If you have watched Game of Thrones, you must remember Jeor Mormont? This character was played by James Cosmo and guesses what! – he is going to play a role in the Tamil movie that has been directed by Karthik Subbaraj.

Dhanush will also play a strong character in this movie. Though the tentative name of this movie was set as Suruli, the cast and crew have decided to change it to D40. This is primarily a movie on gangster stories with a twist.

Rajinikanth fans have been wondering whether or not there will be a new film in 2020. Well, we too are not aware of that information but there is a movie that has already been started. Siva is the person who gave Ajith few of his biggest hits till date and he is all set to take the very own Thalaiva of Indian cinema.

Apart from Rajinikanth, the few other stars whose names are worth mentioning are Keerthy Suresh, Prakash Raj, Meena, Khushboo Sundar and few others. D Imman is the music director of this movie.

For more than two decades, Arun Vijay has been in the industry but his process of work is very different. Once he delivers a hit film, he soon disappears for a long time. Later on he again comes back with a bang and with a new role that steals all the attention of the audience.

Arun Vijay became famous due to his role as a villain in Ennai Arindhal. Karthick Naren, a twenty-something has directed Mafia and has successfully given us a slick trailer.

We have to mention here that though the father-in-law is a superstar, the son-in-law, Dhanush is not lagging behind. He is all set to fast outperform his father-in-law as he is gaining enough praise due to his talent and acting skills.

Pattas has released on January, 16th, exactly a week after Darbar, starring Rajinikanth, hit the big screens. RS Durai Senthilkumar is the director of the film and he has worked in a previous movie called Kodi with Dhanush.

There he played a double role just as he did in Pattas. As soon as the trailer of the movie was out, it soon gained momentum and the audience went mad about the music.

So, now that you’re aware of the best Tamil films to watch in 2020, what are you waiting for? Decide which genre you prefer and make the list accordingly. In case you’re new to this language, watch movies with subtitles so that you can soon get a grip on the language as well.