Reigning from 321-298 BCE, Chandragupta Maurya was the shining founder of the Maurya Empire in ancient India. Born to a needy and humble family, he was specially chosen by Chanakya and also taught and counselled by the same. Chanakya was a Hindu Brahmin who was also called Kautilya. 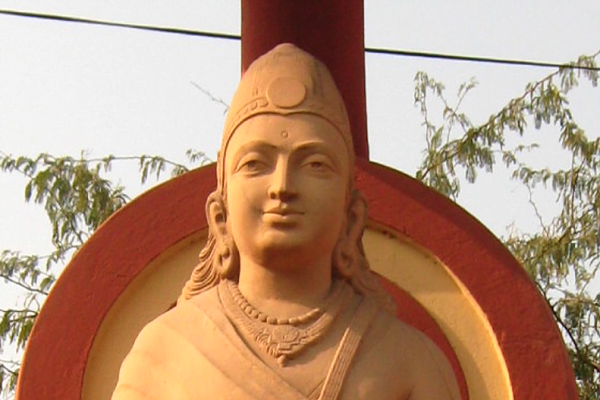 He was the author of Arthashastra. Joining hands with this Hindu Brahmin, Chandragupta Maurya built one of the biggest empires that were ever made in the Indian subcontinent.

As per Jain sources, he renounced everything and became a monk according to the Jain tradition. His accomplishments throughout his life are all described in ancient Hindu, Greek, Jain and Buddhish texts and hence they vary a lot.

In Latin and Greek accounts, Chandragupta Maurya is often referred to as Androcottus or Sandrokottos.

1] A pivotal figure in Indian history

Chandragupta Maurya has always been a climactic figure in Indian history. Before his consolidation of power, the northwest Indian subcontinent was invaded by Alexander the Great.

He then deserted his campaign in 324 BCE and left back a legacy of different Indo-Greek kingdoms in ancient India. Greek rulers like Seleucus I Nicator avoided engaging them in a battle with him and instead entered into a marriage alliance.

The empire of Chandragupta Maurya extended from Bengal to several other subcontinents of India apart from the states like Kerala, Tamil Nadu, Odisha.

The reign of Chandragupta Maurya and the dynasty which followed him can be easily described as an era of economic reforms, prosperity and expansion of infrastructure like roads, irrigation and mines.

During his reign, there were several religions that thrived in the nation like Ajivika, Jainism and Buddhism and Brahmanism traditions.

Though there are several historians that have varied opinions but it is generally believed that Chandragupta was the son of a Nanda Prince, belonging to Magadha. On the contrary, few other historians connect him to Gandhara. He was the disciple of Chanakya, who was a Taxila teacher.

Chanakya, one fine day had noticed that the prince of Taxila, named Ambhi, signing a treaty with Alexander. He soon understood that there was a dire need of an empire which could be used against the foreign invasion.

During such a time, he came across Chandragupta Maurya as a child and found him to brilliant in administrative and military skills. After they both formed an alliance to introduce the Mauryan Empire, they immediately defeated King Dhana Nanda.

Maurya formed formed several other alliances and built a composite army of Kambojas, Yavanas, Shakas, Parasikas, Kiratas and Bahlikas. It was thereafter that his empire suddenly expanded from Bay of Bengal to the East of Arabian Sea lying in the west.

Seleucus then sent his ambassador named Megasthenes to the court of Chandragupta Maurya and he wrote a detailed account of his army and the massive power of the king.

During his last days, Chandragupta Maurya surrendered his throne to his son, Bindusara and spent his life as an ascetic. His later life was sad enough as he ended his life in self-starvation in a place in Karnataka, Sravenbelagola. He left behind a robust Mauryan empire.

Chandragupta Maurya changed the face of Indian history in several respects. Now that you’ve been acquainted with his life, how he became an emperor, how he formed his dynasty and how he died, here are few lesser-known interesting facts on him.

1) He was believed to be a Kshatriya

As per Mahavamsa which was a Buddhist text, Chandragupta Maurya hailed from the Moriya sect, which is a segregated part of Kshatriya clan.

As per elaborations from Mahaparinibbana Sutta, the Moriyas belonged to the community of Kshatriya. On the other hand, there were several other plays that speak a different story about this ruler’s lineage.

Both Chanakya and Chandragupta shared a same objective – that of dethroning King Nanda and putting a permanent halt to his atrocities. Chanakya was a teacher of Takshahila University and both together planned the end of the Nanda Empire.

3) He gained widespread support and was a favored ruler

Post his victory against King Nanda, he also fought a battle with the Greek invaders and the generals of Alexander the Great.

Due to all his successful back-to-back campaigns, he was viewed as a courageous leader who had the power of putting an end to all the atrocities and corruption by the then Nanda dynasty. This was how he gained massive public support.

5) He played a pivotal role in uniting India

After Maurya defeated King Nanda, the king who succeeded him watched out for more expansion. He not even defeated the generals of Alexander but also captured Gandhar, Kandahar, Afghanistan and Balochistan.

He even invaded beyond the Vindhya Range and Deccan Plateau towards the south. Leaving aside Kalinga and Tamil area, Maurya captured the total area. Hence, he played a special role in unification of India.

6) His personal life and legacy

Chandragupta Maurya married the daughter of Seleucus which improved his friendly relations with Hellenistic kingdoms. However, this didn’t enhance the trade of India with the western world.

He relinquished his throne and later on converted to Jainism and became a Muni under Shrutakevali Bhadrabahu. He travelled with him to Shravanabelagola where he not just meditated but also fasted till he died in 298 BC.

Dr. Mysore N. Prakash’s formed the base of Chandragupta Maurya’s reign as his spiritual and histroric novel ‘The Courtesan and the Sadhu’.

In 2011, a postage stamp (in commemoration of Chandragupta Maurya) was released by the Indian Postal Service. Chanakya, a TV series, was based on a play Mudra Rakshasa, is totally an account of the times and life of Chanakya.