What Is Delta-8 THC?

Delta-8 is a cannabis compound that has grown in popularity due to its chemical resemblance to delta-9 THC. Which is a principal molecule in cannabis that causes euphoria, sedation, pain relief, and other effects. The majority of cannabinoids present in cannabis carry different levels of THC.

Chemical structures and names are the only commonalities between the two cannabinoids. Delta-9-tetrahydrocannabinol, also known as delta-9 THC or just delta-9, is the scientific term for Tetrahydrocannabidiol, THC. 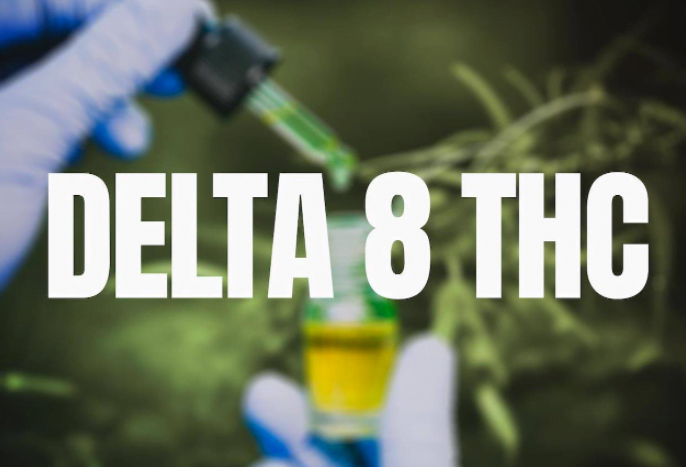 Delta-8 stands for delta-8-tetrahydrocannabinol, which is also known as delta-8 THC. The effects of delta-8 THC are comparable to those of conventional delta-9 THC, however, they are substantially less potent.

Carrying lesser quantities of the psychoactive compound THC, hemp-derived delta-8 is a legal substance, thanks to the 2018 US farm bill. Making Delta-8 legal in all 50 states in the US. However, some state-controlled legislations have yet banned cultivation, production, and distribution of the delta-8.

Delta-8 products available in the market are manufactured using pure hemp-derived CBD concentrations. Even though delta-8 is less potent than recreational THC, hemp products are still one of the fastest-selling CBD products of 2021.

Weed is a dried cannabis flower that has a greenish-gray appearance. It is commonly known by various slangs such as weed, ganja, marijuana, D9, pot, mary jane, grass, and many more.

Weed can also be used to make tea and is regularly combined with edibles such as brownies, cookies, gummies, and chocolates. Vaping is another great option for direct ingestion with instant effects.

These resins are becoming more popular among those who use them for both recreational and medicinal purposes. The substance is contained in resin generated by the female cannabis plant’s leaves and buds.

The principal psychoactive (mind-altering) ingredient in weed is delta-9-tetrahydrocannabinol, which is responsible for the majority of the intoxication and lucid effects that individuals seek (THC).

What Are The Key Differences Between The Two?

A common double-bonded carbon placement in their structure distinguishes delta-8-THC from delta-9-THC, from a chemical standpoint. While the distinction may appear little, it has a profound impact on the form of the molecules and how they interact with the body’s endocannabinoid receptors.

So far, research suggests that applying delta-8-THC topically to a corneal lesion may provide pain alleviation. The chemical’s activity on CB1 receptors was also discovered to help reduce inflammation in the same research conducted.

Although the molecular structures of marijuana and Delta 8 products are similar, cannabinoids have very distinct effects. Delta-9, or weed, directly affects the brain receptors, making a person high and lucid, which diminishes brain activity, calming the mind and body.

Delta 8 has less potency and distinct effects on the body since it binds weaker to the body’s CB1 receptors.

The biggest difference between these two is that weed carries many side effects than delta-8. Excessive use of weed will have you suffering from paranoia, anxiety, depression, insomnia, etc. On the contrary, delta-8 has barely any side effects, it in turn helps to alleviate the panoramic symptoms of weed overdose.

While both cannabinoids may have some beneficial effects, further research is needed to prove any potential health benefits.

What Are The Effects: Delta-8 VS Regular Weed

Delta-8 users experience many of the same effects as THC users, including mild pleasure, relaxation, improved mood, and alleviation from symptoms such as pain and inflammation. Mr. Hemp Flower Delta-8 can also aid in the treatment of insomnia.

Delta-8 is also beneficial in many other health-related concerns such as anxiety, depression, PTSD, etc. It can be used for recreational medicinal purposes as well.

Delta-8 can be consumed in a variety of ways such as gummies, vapes, tinctures, cigarettes, etc. D8 oils are also used for muscle cramps and recovery. Apart from health benefits, D8 topicals are potentially useful in treating many skin conditions that include acne, redness, scars, stretch marks, skin tan, etc.

Effects of weed are delayed when consumed through edibles, oils, and beverages. Since the substance must first travel through the digestive system, which takes about 30 minutes to an hour to fully ingest into the bloodstream.

Eating or drinking your weed flowers significantly reduces its potency by 50% when compared to smoking and vaping. Furthermore, there is a higher chance of overdosing with edible consumption since people tend to mindlessly eat and not count their quantities.

When weed is smoked or vaped, THC and other compounds directly enter the bloodstream through the lungs where they are quickly transported throughout the body and the brain. The effects of weed can be felt almost instantly through such ingestion, however, typically side-effects can vary substantially from person to person.

Delta-8 and regular weed might be similar chemical compounds but both are used for different purposes. Although both cannabinoids carry the same effects with distinction in their potency, both and equally important.

Hemp-derived D8 edibles and can be made the same way as delicacies containing weed/marijuana. However, weed can cause unregulated and highly unpleasant psychological shifts, while D8 goodies counteract such intoxicating effects and ease the pain in the body.