Earlier the kids used to play outdoor games like running races, hide and seek, or badminton and caroms. As kids of the 90s, we all know the fun and excitement to go out of the house, just to play for hours without any tension of deadlines and boss calls.

How to Use PS4 Controller On Windows 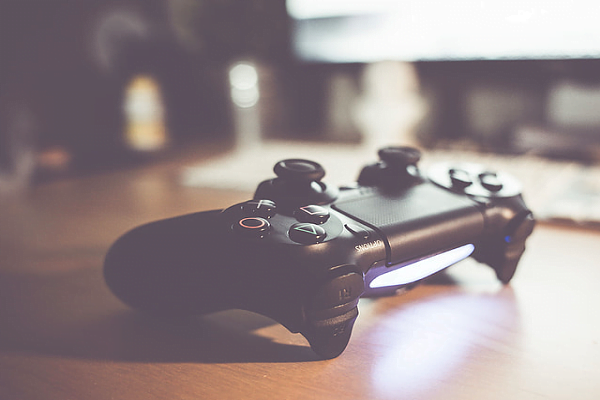 Now, when the world is moving towards a more globalized and digitized version of a place to live, gone are those days when kids actually stepped out of the house to play some games.

The internet has added on and has taken the world by storm. Now, through the internet, you can not only access necessary things like food, clothing and ordering online, you also have tons of games for your kids to download and allow them to play.

Another interesting way to keep your kids engaged within the house premise is to have bought some amazing video games. Play stations have been a great advancement in the arena of video games.

Today, almost every kid urges for a play station and thus, the company of this video game has been on the target of evolving their play stations to have the best games and experiences for kids and adults.

PS4 or the play station 4 is a video game console developed and owned by Sony Interactive Entertainment. If you count from the very first versions of Play Station, the Play Station 4 is the 18th version of home video games.

The announcement of this happened in 2013, and it was officially launched in 2014. The immediate competitors of this video game are the Xbox, by the Microsoft and Wii U by the Nintendo.

Dual Shock 4 is the primary controller of the play station 4. A major and noticeable change in this controller is the touchpad. It can detect two touches that are made simultaneously, and this touch sensor can also be pressed as a normal button.

If you are confused or not sure as to how to connect your all new and supercharged Play Station 4 controller to your Personal Computer or laptop, don’t worry or do not get heartbroken.

Here is the detailed stepwise guide that will help you to use your PS4 controller on your PC with Windows 10.

How to connect a wired PS4 controller on your PC

If your Play station has wired controllers, don’t freak out, because you can still connect them to your PC without any hassle. Here are the steps.

You can thank us later. Now, get going and install your controllers on your PC or laptop. One thing that you have to keep in mind is that the controllers need to be fully charged – sometimes when it is not properly charged, the Bluetooth connection may fail.

Hence, check all these technicalities before you begin to connect the Play station 4 controllers to your Windows 10 PC or laptop.

In fact, you can buy multiple controllers from third-party vendors and have multiple players play the super games at a time. Get going, and challenge yourself for some cool games.