Home » Entertainment » 5 Facts You Should Know About Zorbing

Zorbing is officially categorised as sport, came into picture in mid 90s. It can also be said as an adventurous ride consisting of a large transparent sphere, generally made of plastic which is called Zorb Ball.

Zorbing was a part of olympics held in Russia and is now practised in many countries like Newzealand, UK, USA, Sweden, India, Estonia, Canada, Czech Republic etc. 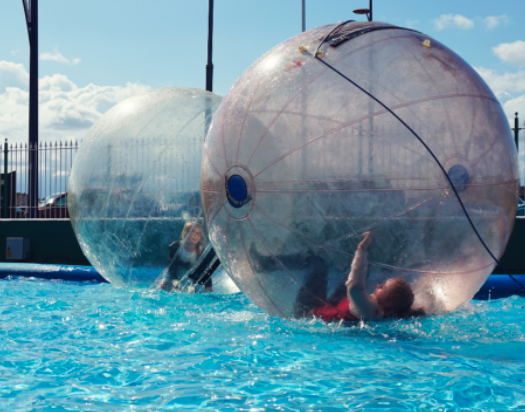 Due to Buoyancy nature of Zorb Ball, zorbing is also practised in water where you can walk over the surface of the water. This might force you to think how wonderful this sport is and what makes this sport so exciting and what are the benefits of Zorbing.

Let’s see some facts you should know about Zorbing.

Facts You Should Know About Zorbing

Zorbing was first started in Newzealand by Andrew Akers and Dwane ven der Sluis. They invented Zorbing as an adventurous sport and shaped it as a business idea.

Zorbing made its ground to multiple places by franchise model and now zorbing is a renowned sport for people in multiple nations.

The slope/site of Rotorua, New zealand is considered to be best for zorbing. With time, the evolution of the zorb ball took place and the orb is now categorised into Harnessed and non-harnessed. The difference between both these 2 categories is nothing but sitting capacity.

In a period of 2 decades, the popularity of zorbing made an impression across many nations and hence the official placing of the term zorbing in the Oxford English Dictionary was made in the year 2001.

Over a period of time, the craze of zorbing has gone exponentially and is similar to rides like paragliding, skydiving, bungee Jumping etc. Just like other sports, people doing zorbing have made many records in the sport.

Zorbing can be so exciting and really a stress busting game. The Users, even though, need to be physically fit as far as zorbing is concerned. A person with hypotension is not advised to zorbing by physicians. The other pros of zorbing are discussed below.

Even though zoering is an extreme game, there are very few (next to none) accidents recorded. There are not many fatal injuries recorded in case of accidents in zorbing till date. 2 Deaths were recorded, one in czech Republic and one in Russia, so far in a period of 2 decades. The authorities regulate the norms of safety of orbs.

The injuries are very certain in sports. In zorbing minor injuries can be experienced as the orb can collide with many obstructions in the path of the orb and can cause little injuries to users.

Zorbing can be done on all 3 surfaces i.e, Soil ground, Water and Snow. All the three forms are like normal zorbing where people can jump, run and roll without coming in contact with the ground/water surface.

Ground zorbing is also called Air zorbing where the thrill of rolling down the mountain at very high speed is beyond explanation.

What are you strapped of Inside the orb?

On a dry ride, the rider is strapped into the Zorb against one wall. The operator releases the Zorb, and the rider rolls, head over heels, downhill.

Is there a weight limit for zorbing?

How long does it take to inflate a Zorb ball?

Depending upon the size of the orb, the power of the blower, the inflate of a Zorb ball can vary. Exactly this 2.5M Zorb will take only around 3-6 minutes to fully inflate. You can buy Zorb balls and other products related to Zorb balls at Kameya Mall.

Zorbing seems to be real fun for outdoor sports and picnic lovers. The people who love adventurous sports should try zorbing, not just once but regularly. Zorbing had many health advantages and most of them are psychological and physical hence, with proper safety, a youngster must Zorb every once in a while.