Google is Updated it’s last Algorithm in December 2013, and I think the algorithm of Google is in Action Now. Actually I wake up Early in the Morning and I see the Matt cutts tweeted on his official account that Google is rolling out our Panda 4.0 update starting today. I was shocked, It’s Really updating, I think yes because yesterday many changes came in traffic of the many bloggers, I see on Facebook. My Traffic also Changed from Yesterday. BTW Google’s Panda algorithm is specially designed to prevent sites with poor quality content from working their way into Google’s top search results. The Sites who are only write for the Search engines not for the people, I think that sites are get lost it’s Ranking by Matt Cutts. 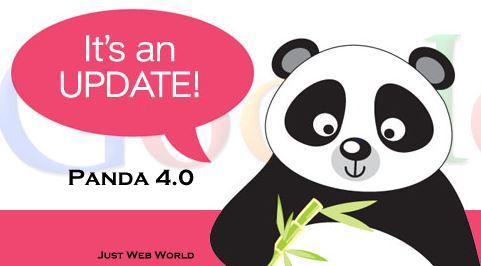 Why Google stops updating us on Panda refreshes and updates since they are monthly rolling updates Panda? Yes, but this is a bigger update this time. From Last two or Three months I see that there are many changes came in my website traffic, It’s Google algorithm refreshes. Any Ways Google This Time Comes with the Good updates, We Hope that this time Google Launch updates that will not affect the Good sites that will share daily updates with Interested stuffs.

I See that On Last algorithm of Google, many good sites are lost their Page Rank. What should we expect in the next few months in terms of SEO for Google? Check out the Below Videos of matt Cutts.

In This update Google Try to Make sure that The Sites which are really updates regularly, which have the Google contents and which are regularly try to enjoying his audience. That sites are surely Ranks well. Google Try to finding out the Black hat techniques which sites are currently using in this panda 4.0 updates. The Sites which are take money and give a Link to other website(Low Quality Website). That will also going down. The Google want to Launch Strongly algorithm, Google try to give a Good Authority to websites that will really Deserve it. 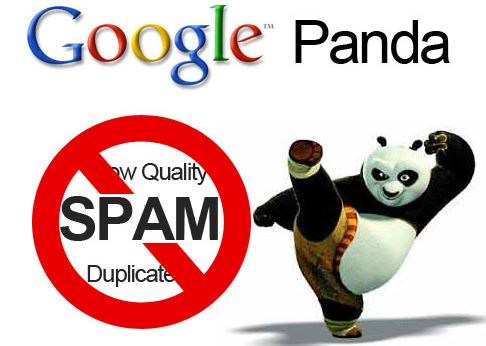 For the first two years, Google Panda updates were rolled out about once a month but Google stated in March of 2013 that future updates would be integrated into the algorithm and, therefore, less noticeable and continuous.

See Also: How to Get PR9 Dofollow Backlink from Google+

Google told that Panda 4.0 affects different languages to different degrees. In English for example, the impact is -7.5% of queries that are affected to a degree that a regular users might notice.

Here are the previous confirmed Panda updates, but 4.0 is how Google named this specific update: 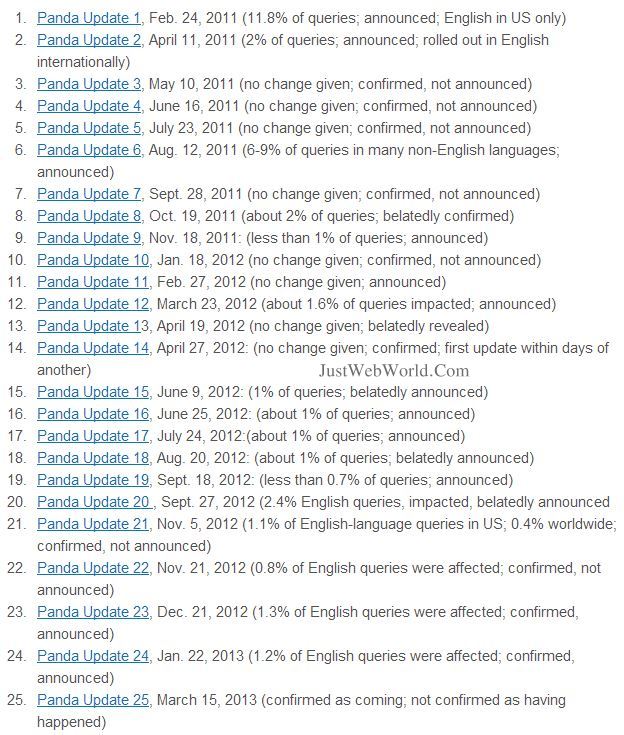 BTW We Hope that Google will Launch Good updates this time, The Sites which Updates daily and Posting interesting stuffs that will get a Good authority. Let’s see what happen in Google’s Panda 4.0 updates. I hope that you will get good Pr and authority for your website in this google update. All the best.

You have any doubts then you feel to free to ask us by commenting below.