Badminton is the first racquet sport in the world and it is one of the most popular sports after Soccer. It is extremely easy to play and learn badminton. This is a sport widely played in the Asian countries.

Badminton is also one of the biggest events in Olympic. The game demands the player to be agile, precise and deft about their techniques and they need to have muscle power and strength to react to the reflexes that take you to the top. 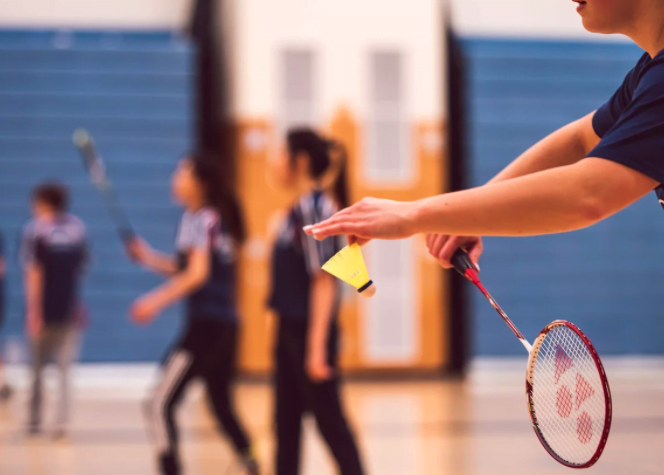 Badminton is a spontaneous and fun game and one has to choose this game if you want to boost your physical and mental fitness. Badminton is also governed by Badminton World Federation. Here is a list of the 15 most popular badminton players of all time.

This is the biggest name that took on to pursue badminton as his career and furthered the pursuit of this game in India. Prakash Padukone is one of the most recognizable players in the world of sport.

He was the first Indian to win All England Open Badminton Championships and he was the first from India to become the Numero Uno in badminton. In 1978 Commonwealth Games, Padukone claimed the Danish Open and also the Swedish Open few years later.

She was the first Indian badminton player who won an Olympic medal and she is considered a jewel in the world of badminton.

Saina Nehwal is unarguably one of the most prolific names among the most popular badminton players of India, much like Prakash Padukone. She has been instrumental in enhancing female presence in such sports. She is the first female to have reached the final of BWF World Championship.

This name is the first-ever Indian to become World Badminton Champion and P.V Sindhu is a name who along with Saina Nehwal is responsible for the growing momentum of this game in India.

Her feat of winning the silver medal in 2016 Summer Olympics and her gold-chasing feats at the 2019 World Championships established her dominance in the world of Badminton.

This man has long been scripting the exploits of the current day Indian badminton players and he is himself a prolific player of Badminton.

He is the second Indian, after Prakash Padukone, his mentor, to have won the All England Open Badminton Championship in 2001. Gopichand has also been the winner of National Champion five times consecutively from 1996 to 2000.

Jwala Gutta is the first among the badminton players of India who qualified for two events in the Olympics. She is well known for exhibiting ample determination and grit to emerge at the crux of the game.

She won a gold medal in the women’s doubles at the 2010 New Delhi Commonwealth Games, a first for India. Gutta, along with her partner Ashwini Ponappa etches their names in the history books.

She is another national badminton champion who has created a record that equalled to 9 consecutive times, Aparna Popat is one more from the list of the famous players of Badminton in India.

She is one of the earliest female players who have dominated the realm of badminton to grab a silver medal at the World Junior Championship in 1966.

Nadu M. Natekar is the first Indian player to have won an international title during the early years of 1956. He has been a former badminton national champion who has been voted the most popular sportsperson of India, 1961.

With his last 8 presence in the All England Championships apart from winning the National level Men’s Singles and Doubles Championship.

This man has to his credit the maximum number of super series titles among all the Indian male players. This made him one of the most eminent and popular badminton talents of India.

Srikanth rose to become the Numero Uno of the world in badminton in 2018. He began with a silver medal in mixed doubles and bronze in doubled as Commonwealth Youth Games in 2011.

Syed Modi has been an eight time National Badminton Champion and he still continues to inspire millions of people to come forward and play this sport.

However, more than his performance, he is still remembered for his shocking murder that counts among one of the unsolved crime cases till date. Modi won the men’s singles Gold at the 1982 Commonwealth games.

With a BWF bronze medal in the World Championships, each of a Commonwealth Games gold, silver and bronze, Ashwini Ponnappa is one more famous names in the world of the best badminton players of India.

Her appearance at the 2016 edition of the Brazil event, Ponappa has been the winner of women’s doubles titles at the Canada Open, 2015.

Sai Praneeth is yet another Indian badminton player who became the first Indian male shuttler in 36 years to have won a bronze medal in the BWF World Championships in the year 2019.

He also has his name in the 2010 BWF World Junior Championships and he was the winner of 2016 Canada Open as well.

Among the several badminton players produced by India, Parupalli Kashyap has made a definite presence. He became the first ever Indian male player to reach the quarter finals of men’s singles during the 2012 Olympics event in London. He played a crucial role in India winning a silver medal in 2010.

Now he is a famous mentor as he is the National chief coach of the Indian badminton squad for several years. Vimal Kumar, with all his feats and achievements, earned few accolades. He was a two-times consecutive winner of the French Open tournament in 1983 and 1984.

He was the captain of the Indian badminton team for the World Men Team’s championships and his playing career was filled with achievements. He was a semi-finalist at the German Open and the Asian Badminton Championships.

He was the first Indian player to participate at the Olympics in the mixed doubles when he took to the Badminton court in the 2012 event in London. V.Diju has been a main doubles player of the country who redefined the scenario of badminton in India since a long time.