Home » Health & Fitness » How to Overcome Anxiety With Cannabis

With this write up of mine, I aim at looking into how cannabis can be used to combat the various forms of anxiety. To start with, let’s first consider the two variables independently: anxiety and cannabis. 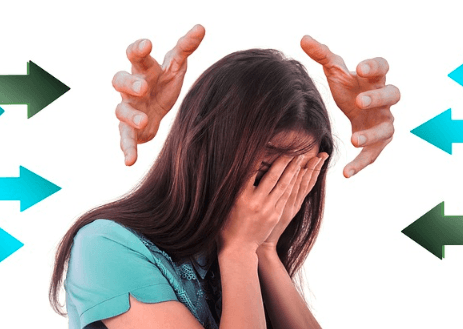 Anxiety refers to an unpleasant state of uneasiness. It is a state of being nervous or apprehensive about a present happening or future occurrence.

Anxiety is a normal emotion as people tend to get worried about what is happening around them or what may likely happen, but when such feeling becomes frequent and persistent, it becomes a problem called anxiety disorder which then calls for clinical attention.

It is a chronic  form of anxiety, termed “worries without a cause.” It is just an exaggerated form of fear in which a person becomes apprehensive over a non-specific or non- real thing or event.

This type of disorder features intense fear in social situations. Examples are stage fright, fear to speak in public, fear to eat or drink in front of people. Being excessively self-conscious just for fear of criticism or embarrassment.

This has to do with an obsessive compulsion to repeatedly carry out meaningless actions arising from unwanted thoughts and fear, thereby turning those actions into ‘rituals.’ Such activities are washing hands several times for fear of germs.

This type of anxiety disorder occurs when a person has gone through terrifying events, such as the death of a loved one, accident, etc., which is often characterized by nightmares, phobias, intense fear, sleeplessness among others.

Cannabis is popularly known as marijuana; it has other informal names such as weed, buckets, skunk, ganja, etc.

Cannabis and Cannabis edibles have been proven to have the ability to treat various mental conditions, among which is anxiety. The cannabidiol (CBD) present in cannabis, which contains anti-inflammatory and pain relieving properties work wonders in the treatment of the various forms of anxiety.

Based on research, some people have found cannabis very useful in making the body and mind relaxed. It serves as a recreational drug because it makes one feels relaxed, calm, and less anxious after usage.

Let’s consider people suffering from social anxiety disorder (SAD) who every second of their existence is a mirage to them due to the phobia of making mistakes, being criticized or embarrassed. The use of a moderate proportion of cannabis can help them overcome this feeling.

For instance, a person suffering from stage fright will realize that he has high confidence and boldness after taking cannabis, thereby making him conquer that initial feeling of nervousness.

Also, a person who is naturally shy or nervous about speaking in public all of a sudden realizes he/she feels liberated and becomes surprisingly outspoken after using marijuana.

In treating anxiety that comes with PTSD, the THC in cannabis has also proven to be so helpful because of its anti-depressant properties. It helps in relieving most symptoms associated with PTSD such as nightmares.

The ‘calming’ effect of marijuana can be useful in treating patients with panic disorder; a kind of anxiety that comes with episodes of a panic attack.

Based on pieces of evidence, patients have rated the use of cannabis as highly useful for the treatment of anxiety with an average score of 8.03 on a Likert scale of 0-10 (0=not practical, 10=very useful).

But the issue is how to be able to ascertain which strains work for each person because research has shown that people react differently to the use of cannabis. Thus, using cannabis to treat anxiety is highly individualized.

According to research, in other to use cannabis to solve anxiety related issues, strains heavier on soothing other than on high- inducing should be applied.

Cannabidiol (Best CBD Oil), the non-psychoactive cannabinoid has been said to have anti-anxiety and anti-depressant effects which can be used to treat the different forms of anxiety without producing a ‘high’ and with little or no adverse effect.

In conclusion, though, people with anxiety issues may seek solace in few wraps of marijuana which of course does make that feeling of awkwardness to disappear, it is essential to note that it only provides a short term effect and once the effect wears off, the anxiety symptoms reappear.

It is, therefore, advisable to seek medical counsel for long term treatment of anxiety disorders. Also, it is advisable to consult a doctor with vast experience before using cannabis to treat anxiety, and this is because it is unclear what dosage a person should use and how frequently.

Paradoxically, anxiety is believed to be a common adverse effect of cannabis, and it becomes therefore imperative to be careful (both in dosage and frequency) while using it to treat anxiety.