Recent global events made everyone realize the importance of staying in touch with each other, whether it be for work-from-home teams, or just families staying in contact when gathering is not permitted.

In fact, my own family had a Zoom meeting a couple weeks ago for our mother’s birthday, as she lives in Los Angeles and the rest of us are spread out around the world. We had family members connecting from New York all the way down to Puerto Rico. 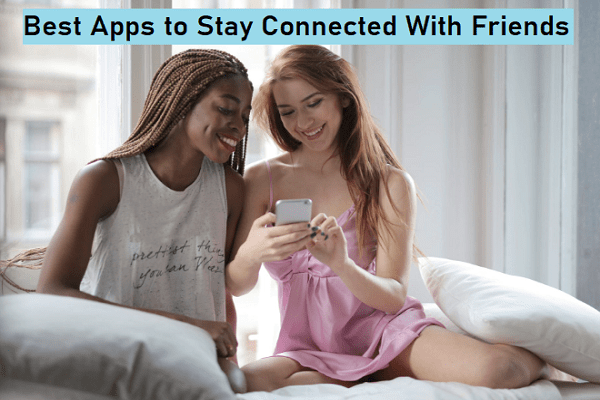 In any case, while Zoom exploded into the most popular video conference app these past few months, numerous other companies rolled out upgrades and features to their own video apps to stay in competition.

In this article, we’ll look at 5 of the best Android-compatible video conference apps for you to stay connected with friends and family.

Zoom has been around since 2011, but with so many video chat alternatives available, most people hadn’t heard of Zoom until early 2020.

During COVID-19 pandemic quarantines and work-from-home situations, Zoom suddenly experienced massive growth over its competitors, gaining 2.22 million users by February, and around 200 million daily users by the end of March.

You might ask what caused such a huge boom for Zoom over other teleconference apps like Skype or Google Hangouts, but the answer is pretty simple.

Zoom is intuitive to use, with an easy interface, supports third-party filters for enhancing your appearance, and you can even set custom backgrounds, which led to tons of Zoom-related memes spreading across the internet.

If you’re looking for a VR/AR chat experience, your current best bet is vTime XR. It’s available for Android, iOS, and desktop computers, and you can even join a room in a 2D window if you don’t have a VR headset.

vTime XR has a number of cool features such as avatar customization, image sharing, and uploading your own 360-degree photos to be used as meeting backgrounds, as well as travel to built-in virtual locations with your friends.

There’s a lot of applications for VR in regards to staying in touch with friends, and you could even consider playing games like Idle Breakout or Google Feud on CrazyGames in a VR browser.

For privacy-minded individuals, WhatsApp gained a reputation as being one of the most secure messaging apps, due to its end-to-end encryption, which the company claims doesn’t allow even the company to access your conversation history.

This has led to debates between WhatsApp and various governments who have requested several times that WhatsApp make concessions regarding their end-to-end encryption, which WhatsApp has always steadfastly denied.

In any case, aside from the privacy and security benefits, WhatsApp is a fairly simple messaging service to use, with above-average video call quality, depending on your internet connection.

Google has improved both audio and video call quality, AR (augmented reality) camera filters, and much deeper integration with Google Home compatible devices, which means you can easily send voice messages or receive calls through Google Home speakers, for example.

While Google Duo only supports up to 12 video participants compared to Zoom’s 100, Google Duo is intended more for personal chats than work conferences, and Google also plans to expand Duo’s capabilities up to 32 participants in the near future.

Furthermore, while Zoom has a 40-minute time limit on video calls for free accounts, Google Duo does not have any time limits currently.

Facebook recently released a new Zoom-rival feature called Messenger Rooms, an entirely free new feature of Facebook Messenger that is already integrated into the Messenger app. It has a participant limit of 50 people, but there are no time limits on call duration.

Facebook has also integrated it into the main Facebook app, allowing you to create and share rooms directly through your News Feed, Groups, and Events pages.

It’s also not limited to people with Facebook accounts, as anyone can join a Messenger Rooms video call if they’re provided with the room’s URL link, and you can send the invitation by text, email, and Whatsapp.