Home » Sports » How Can Tom Brady Be So Good?

Every single professional sport has a list of who’s considered to be the absolute best athletes in their sport of all time. Using the term G.O.A.T. (greatest of all time) sports professionals, be it athletes, executives or journalists and even online betting platforms have their takes on who the “GOATS” are. 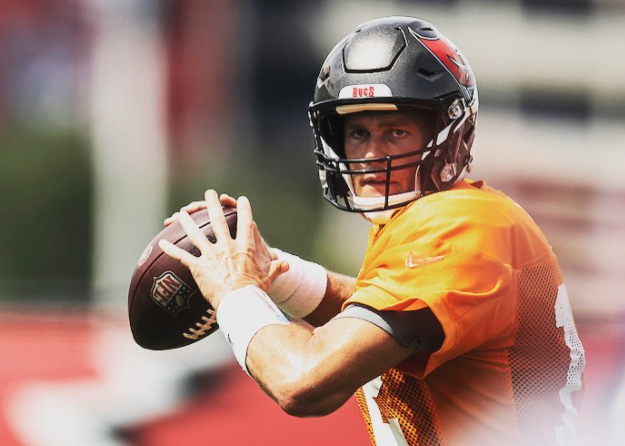 When it comes to football, in the NFL names are thrown here and there every time to finally narrow down on who the best player to ever grace the gridiron has been.

While guys like Joe Montana, John Elway, Peyton Manning and Drew Brees are usually being mentioned there is one name who is always there in the top of the list, Tom Brady.

The former Patriots QB, now with the Buccaneers has shown yet again why he has all the chops to be considered the best to ever play the game, but what else could there be left for him?

Tom Brady can easily be called “Mr. Playoffs” apart from “GOAT”. Brady’s regular season stats rank right up there between the legendary and ridiculous categories and then when you get to his playoff stats, everything just takes yet another turn proving once and again just how good he is.

The Patriots should take notice of one thing though, of Tom Brady manages to make it back to the Super Bowl yet again next year, he will tie the New England franchise with the most appearances in Super Bowl history. Brady has also catapulted himself into being the only quarterback in NFL history to start in ten, yes TEN Super Bowls.

The second quarterback in that list is Broncos legend John Elway with 5 starts. More amazingly, some of the best QB’s in the game, guys like Peyton Manning, Ben Roethlisberger, Drew Brees and Aaron Rodgers all combine for nine starts in Super Bowls.

To Anyone Who Ever Doubted Tom, Watch His Work With Tampa Bay

Football fans everywhere grew accustomed to the simplest football equation in the land. If you put the New England Patriots and add Tom Brady you automatically would have a winning combination.

While many people never really thought of the idea of Brady leaving the warm winning ways of New England and Bill Belichick, the former Michigan Wolverines QB knew that it was time to go.

Brady surrounded himself with some of the best offensive players in the league including Mike Evans, Chris Godwin, Leonard Fournette and his old Pats buddy Rob Gronkowski to take the NFC South Division and then the whole NFC conference by storm.

In his first year running the Buccaneers offense, the Bucs ranked 7th in total offense stats, 2nd in passing stats and 4th in receiving stats, so I guess it’s not the team it’s the man, or in this case the GOAT.

He Shows No Signs Of Stopping

While other top notch qb’s of his era like Brees and Roethlisberger are slowly beginning to think about retirement as a very serious option and guys like Eli Manning and Phillip Rivers already having ridden into the sunset Tom Brady seems like stopping is not really an option in his books right now.

Maybe it’s the ultimate winner mentality, maybe he thinks he’ll get bored at home, maybe he wants a Super Bowl ring for all the fingers in his hands, but whatever the reason may be, Brady has every intention to continue playing as many downs as possible and bringing home championships.

With the Super Bowl LV being hosted in Tampa Bay it only seems fitting that Brady and company go for a home win in the biggest game of the year and while in front they’ll have Patrick Mahomes II, a player deemed to be one of the future GOATS of the game and his KC Chiefs, it’s impossible not to like Brady’s odds simply given the fact of how damn good he is.