Home » Gaming » How Dirty Are Your Gaming Consoles?

Given the pandemic situation we’re going through, most youngsters and adults spend their time with their much beloved gaming console.

Now that there is a cleaning spree in all households, did you ever wonder how dirty your game console is? There have been agencies that took swabs of few of the most popular consoles to find out which console was the dirtiest.

With the skyrocketing video gaming industry, there has been an increasing rivalry between players who keep arguing on which console is the best. However, keeping aside the brand fights, one thing that any gamer would rank worst for is the cleanliness of their console. 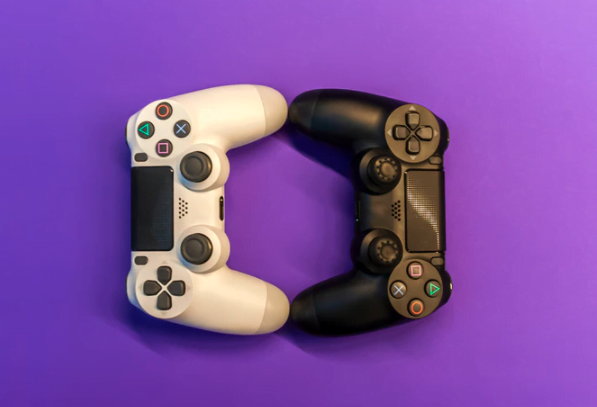 From personal hygiene to dropping food waste, majority of the gamers never think of cleaning their keyboards or controllers in spite of the time they spend in touching them.

Yeast, mould and bacteria – all gather on your gaming consoles no matter how rare or often you use it. Read on to be aware of how much bacteria may gather at different parts of your game console and how you should clean it.

PlayStation is undoubtedly one of the best-selling consoles of the young generation and it is also the least clean gadget that the youngsters own.

As per the PlayStations that were analysed through a swab test, it was seen that they carry 75% of colony-forming bacteria. You’ll be alarmed to know that this is 2.5 time higher than the bacteria found on toilet seat!

The joysticks and buttons are the worst part of the console for growth of bacteria and this is how the total number of colony-forming units was 190, much higher than the equivalent of similar platforms.

In worst cases amidst several sample set, this reached as high as 650 units, which is more than double the number you may even get on a kitchen surface.

Xbox is comparatively a cleaner platform for gaming, the Xbox consoles that were tested showed a median of 62.5 colony-forming units per swab, which is more than double the bacteria found on a toilet seat.

But while the number was considerably lowest through all platforms tested just 15, the handles of the controller showed a highest of 82.5.

The Xbox gave some of the nastiest samples and the worst console that was tested had 5615 colony-forming units on the buttons of the controller.

The Nintendo Switch is probably the cleanest version of gaming with a total of 55 colony-forming units/swab.

Although this number is around 25 more than what you would see on a toilet seat and this is definitely one of the lowest numbers through the tested platforms. If you take into account the Joy Cons (controller) tested a similar number as the buttons were just marginally higher at 62.5.

As far as discussions on gaming consoles are concerned, the PC is certainly an outsider but if you include this in terms of bacteria, this is probably the worst as per significant margin.

Although keyboards show numerous signs of colony-forming units with an average of 165 per swab, this is actually the mouse which picks up the highest number of bacteria.

If you take a median swab of a mouse, it will show 247.5 colony-forming units, which is just 28.5 lesser than what you may find on a kitchen surface. Does your mouse receive the same level of cleaning that your kitchen surface receives?

Due to the risk of using disinfectant products on electronic components, you often leave them as dirty as they are. Even the ‘on’ button of a PC is worse than several other commonly used platforms with an average of 115 colony-forming units/swab.

How dirty are your controllers?

According to research from Betway casino, The analysis has revealed that our consoles also get highly dirty. But whenever you’re deep within an interesting gaming session, ensuring that your hands are clean before touching the controller is definitely something that you’ll not think of.

This gives rise to the opportunities of spreading germs, whether they come from minute spit particles, picking your nose or shouting at your television set.

Xbox vs PlayStation – The fight continues

For several years now, the fight for dominance continues between PlayStation and Xbox and the rivalry added fuel after the latest launch of the Xbox Series X/S and PlayStation 5. Who is not fond of a healthy competition? While the handles of PlayStation contain median 73 bacteria, that of Xbox contains 83 median bacteria.

What kind of bacteria can grow on your PlayStation devices?

The gaming consoles are thrice dirtier than a toilet seat, as already mentioned earlier. But what are the types of bacteria that are mostly common? Here are few names.

To avoid build-up of mould and bacteria, it is vital to clean your game console every day. Make sure you start by unplugging the device and use bleach-free, plastic-friendly cleaning solution for cleaning.

Use a damp cloth and wipe carefully so that water doesn’t reach any electrical part of the device as this may cause harm to the device.