React Native revolutionized mobile application development. Before it happened, Javascript was the standard for building mobile web applications. Those who want to develop dedicated mobile apps are required to learn other programming languages that take time. 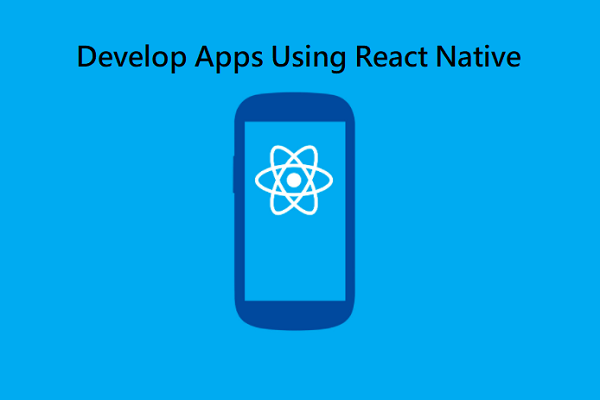 Put that, React development streamlined the process of cross-platform applications, making it more welcoming to even newer programmers who are aiming for the mobile device market. Before jumping into how you can develop applications using React Native, it is essential to gain a better understanding of it.

Why Should You Choose React Native for Mobile Application Development

Native mobile applications are one reason why developers should switch to React. Javascript can be easily used to write codes for both iOS and Android platforms. The best thing about it is that programmers don’t need to write the source code twice.

Beforehand, porting or even developing applications for both platforms is very expensive and is time-consuming. JavaScript is also known for providing many tools to improve the development process.

Despite being talked about by many because of its efficiency and excellence, React Native requires patience and work to become effective. Like other tools, you are required to install it, and there are two ways to do this.

Using expo-cli – Using the command line can easily download React Native boilerplate that has expo API integration. So far, it is the most straightforward installation process and is recommended for beginners.

Using this one as the installation process may also provide several advantages. One of the most useful ones is its ability to run and test the developed application in a mobile device platform. Programmers may again try to run the application through the web by using appertize.

Using react-native-cli – The command line is much like the expo-cli approach, but in this one, programmers can easily create native modules without extra steps.

It is now time to discuss the actual development, and we would like to talk about the Android platform first. Android SDK and Android Studio are both requirements before commencing the installation process. APIs are also required to proceed with the process, so ensure that you have everything installed first.

For testing purposes, mobile phone devices are much recommended, preferably those that are updated. Genymotion can also be used as an emulator if a developer wishes to test run the application developed on a computer.

Development in the iOS platform isn’t that much different from the Android platform, but there is no need for other installed tools, such as the Android SDK.

Testing iOS apps should be done on devices with macOS and iOS installed. Xcode can also be used just like Genymotion to Android developers.

The debugging stage is always crucial for any development, it can prevent future errors. There are two straightforward and simple ways to do debugging.

Chrome Devtools – For emulator users, the Chrome Devtools can be easily opened using the Ctrl+m keyboard combination. Debug Js Remotely should be selected, and it will open http://localhost:8081/debugger-ui/, which is where all the debugging process will happen.

Just like other programming languages and approaches, React Native takes time and practice. Mastering it requires precision as well and knowledge about the mobile device platforms, iOS, and Android.

React Native may be the newest kid around the block, but its arrival has become quite revolutionary, especially in cross-platform mobile development. It is also worth noting that the tool is continuously updated, so it is safe to assume and expect more improvements to come.