It’s not often easy to “get to yes,” particularly given the nature of business. Most business managers are usually under extreme time pressure. So, managers tend to delegate non-critical discussions, which in this case, could be your sales negotiation.

No matter how prepared you are, if you’re not talking to the decision maker, you have a slim chance of winning a sales negotiation. Online sales negotiations training programs often advise attendees on the importance of speaking to the right person at every stage of the negotiation. Here’s a guide on how to get to the highest decision-making authority. 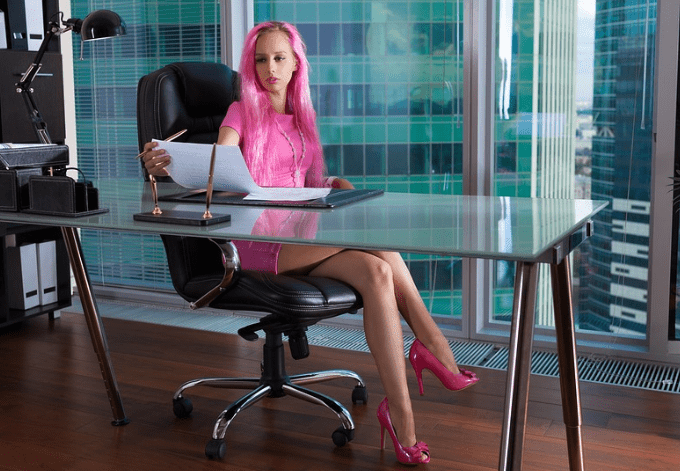 The best sales professionals make use of research to shorten their sales cycle and get to the decision maker more easily. As well as intelligence gathering, you want your prospect to know that you’ve done your homework. So, savvy salespeople first research the prospect before getting to the negotiation table.

Nowadays, researching a company profile is not that complicated. It could be as simple as going to the company’s website or the LinkedIn profiles of the people you are about to meet. Even looking up the company’s social media profiles can bring you up to speed on the latest news about your prospect’s organization.

Social media and other industry platforms give you the information you need to deliver your pitch with the right approach. You might even realize mutual connections who might help you get a foot in the door and turn your cold pitch into a warm one.

Gatekeepers are often the emissaries sent to a sales negotiation to decide whether your offer could be useful for the business or organization they work for.

One of the ways to identify a non-decision maker is by their job title. However, you may need to research the company’s organizational structure to know what role the person you’re talking to plays in the negotiation process.

Sometimes a direct question also works, but you don’t want to undermine the gatekeeper’s ego. Asking whether they’re the decision maker might elicit a reflexive “yes” response. Better to ask, “Who else alongside you makes this type of decision?” or “For these sorts of decisions, what’s your company’s decision-making process?”

Asking may seem simple, but it’s effective. There’s also more risk in not knowing all the steps involved in the negotiation process than in asking a polite question.

During meetings with non-decision makers, be careful not to give away concessions or make fast commitments before you get to the deal maker.

The final authority will likely want to change some aspects of the offer that you’d agreed to. A deal that seemed lucrative while you were negotiating with the gatekeeper might lose its appeal upon reaching the decision maker.

You might want to hold an ace up your sleeve so that you won’t have exhausted your options by the time you reach the decision maker. You should then be in a better position to accommodate changes during the final agreement.

4] Use the If-Then Formula

Online sales trainers recommend using if-then statements that allow for flexibility. Here’s an example of a conditional statement in action: “Our company would be happy to provide you with our product at $Y, if your organization agrees to buy from us for the next six months exclusively or buy Z amount of items in the next six months.” Train yourself to use this formula to fit in any changes you’ll need to make as the negotiation progresses.

You’ll probably find that the person you’re dealing with has the power to say no to some of your requests – but perhaps can’t say yes. In these situations, if a negotiation takes more time than expected, it’s smarter to hold off and ask to meet the decision maker.

5] Use Your Network to Get You Closer

Your network can open doors for you. Negotiation trainers recommend leveraging your network to reach the decision maker. If you know a colleague with connections to the prospect company, consider asking them to introduce you to the person in charge.

Entrepreneurial networks, both online and offline, can also be a vital part of your sales strategy. Introduce yourself to people in the local chambers of commerce and regional business associations as well as on professional social networking sites like LinkedIn.

While your network may not get you in direct contact with a decision maker, it could get you closer by introducing you to people who are in the decision maker’s network.

There’s a general rule in networking that you should first gauge who can benefit in order to invoke reciprocation. This way, people will be more interested in meeting and working with you.

It helps to think of your network as something to nurture, where you build alliances that will gladly recommend you to your prospects. You never know whether a colleague could get you to a decision maker and vouch for you.

Lilou Hoffman is a digital marketing guru. Passionate about web promotion and building relationships around the world. Lilou’s background includes digital marketing and project management. Lilou is enjoying deepening her understanding of how to best guide sales professionals to meet their targets and consistently perform at their best.