Ever since its launch in 2009, Bitcoin has dominated the crypto markets. Known as the first-generation cryptocurrency, it changed the way people transacted with each other.

With time, the crypto bubble has only gotten bigger. Currently, more than 4,000 altcoins (cryptocurrencies other than Bitcoin) exist. Despite this huge number, only a few of them promise to solve any real-world problems, are scalable, sustainable, and promise return.

Popular Cryptocurrencies Other Than Bitcoin 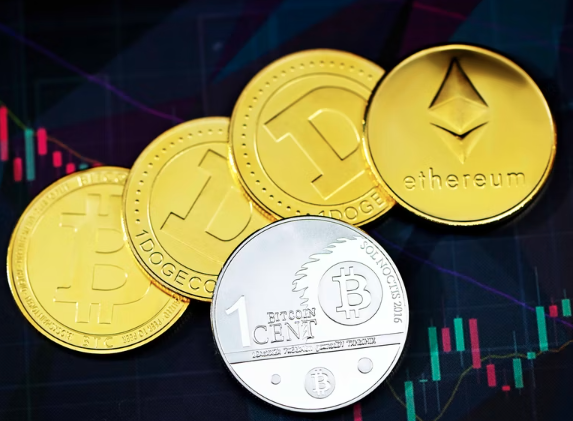 Here’s taking a look at 5 of the most important currencies other than Bitcoin.

If you have to name only two cryptocurrencies, and Bitcoin is one, Ethereum is the only name that comes to mind. It is the second-largest cryptocurrency by market capitalisation, which is the fuel for running all of the platform’s applications.

Launched in 2015, it is much more than just a digital currency. Ethereum is an open-source public blockchain-based computing platform that is used to build a wide array of applications.

These include non-fungible tokens, digital documents, and more. Ethereum aims to create various decentralised financial products that anyone anywhere in the world can freely use.

Created in 2011, Litecoin is the world’s sixth-largest cryptocurrency. One of the oldest currencies to be launched, its working infrastructure is similar to Bitcoin. Often referred to as the silver to Bitcoin’s gold, it generates blocks four times faster than Bitcoin leading to a much-improved transaction time.

Litecoin is based on a public open-source payment network free of any middlemen. Litecoin has capped its coins to 84 million, that’s much higher than the 21 million Bitcoins.

If you wish to trade in Litecoin, know the LTC to INR prices and conversion rates.

One of the most popular cryptocurrencies in the world, DOGE took the crypto markets by storm when it was launched in December 2013. It is the original meme coin that features a Shiba Inu dog as its mascot.

It was initially launched as a satire on the wild volatility that crypto markets but eventually gained popularity after Elon Musk’s famous tweet. It is now the world’s sixth-largest coin with a market capitalisation of more than $40 billion.

Dogecoin has a limit of 127 million coins out of which 113 million have already been mined. It is an open-source decentralised peer-to-peer network that uses a proof-of-work consensus algorithm.

Launched in 2017, Tron is a decentralised blockchain operating system that uses peer-to-peer technology. Ranking amongst the top 20 cryptocurrencies in the world, TRON is one of the few projects launched with a clear purpose- to decentralise the Internet.

It aims to give complete ownership to content producers by eliminating the middlemen such as entertainment companies. Consumers can directly access content through the Tron network using the TRX currency.

Since there is no maximum supply of Tron, people cannot mine it. If you want to buy Tron in India, it can be earned by investing in Ethereum or Bitcoin

Launched in May 2020, Polkadot is a unique proof-of-stake cryptocurrency that aims to deliver interoperability between other blockchains, through its core component- the relay chain. It is known for its multi-chain translation architecture that allows side-chains to get customised and connect with publically available blockchains.

A special aspect of DOT is that users can not only create decentralised applications but also their blockchains while using the existing security measures of Polkadot’s chain.

The size of the cryptocurrency market has grown manifolds in the last few years. There are new currency launches every day, all with their unique propositions. If you wish to invest in crypto, refer to Coinswitch for all the latest price trends and news about the crypto markets.