Home » Internet » Internet Security: Inside the Mind of a Cyber Criminal

Anyone who has ever watched the television series Criminal Minds is familiar with how crimes are solved everyday by ‘getting into the minds’ of the unidentified subject in order to catch him or her. It is much the same when trying to prevent cyber theft because you have to know how they think and why they are attacking your particular website.

You may not be the actual target but in releasing a virus or other malware, that cyber criminal is set on harming your computer or gaining illegal access to sensitive data. 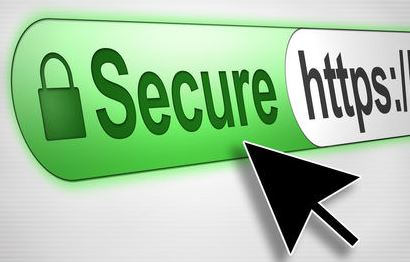 Why Cyber Criminals Stalk and Attack

Typically cyber criminals attack for one of two reasons, financial gain or plain malice. It isn’t always for the money that motivates them because, as in any other area of life, they just get a kick out of causing harm. There are people in the world who actually derive pleasure from others’ misfortune and that is one of the things Internet security software developers look at.

There is probably information on every computer on the planet that if made public could do that individual or organization some amount of harm. Often cyber criminals are motivated by money. They seek to steal your identity or capture financial information in order to gain access to your bank or other financial accounts.

Companies are attacked often because their computers hold sensitive information on their clients which cyber thieves seek to gain access to. Here again, it isn’t always for financial gain but there is always an underlying motivator. In recent times the Ashley Madison hack made global headlines. Here the intent was to go public with ‘cheaters’ if their demands weren’t met. Yes, it was for personal gain, but not financial gain, rather a ‘cause’ that they felt justified the attack.

How They Perpetrate Their Attacks

There are really two main ways in which these attacks are perpetrated and these are what Internet security specialists seek to prohibit. The first way in which a cyber criminal can gain access to your hard drive is by luring unsuspecting users to open malware hidden inside a seemingly harmless item such as a photo, an email or what looks to be a reputable program. More viruses and trojans are hidden within files you download and open up than you can imagine and thousands are being developed by the day.

The other way in which a hacker gains access to your hard drive is directly. They find holes in the software you are operating and get in what is called the back door. This is the type of cyber attack that is most threatening because you, personally, have no control. Everything is hidden in the background as the malware goes about taking over your system. In the first method of gaining entry you can have control by never downloading and executing anything you are not completely familiar with.

On the other hand, those cyber criminals who are savvy enough to find holes in your software will simply crawl the web for Internet users who have the program or operating system with a wide open back door. They will quickly steal in like a thief in the night and before you know it the damage has been done.

Being Aware of Precautionary Measures

Those who have Internet access need to be aware of just how a cyber attack is perpetrated and then need to learn how to defend their computers from harm. Top-of-the-line Internet security software is important to have because it will be continually updated as new malware and viruses are developed.

But you must do your part as well. Never open anything whatsoever if you do not know and trust the source. Whether it is an email or an image, a virus can be attached to anything and since they are written into the code, there is no way to ‘see’ that it is hiding in that picture or executable file.

Stop and think a moment before going to any website that sounds suspicious and always keep antivirus, antimalware programs on your computers at home and at work. The best defense is awareness and professional protection, so never go online without paying careful attention to every click of the mouse and never go online without good Internet security software. 🙂