Here is everything coming to players in June.

Lost Ark is still going strong. While it isn’t seeing the number of players it once was, it is not too far off. Based on Steam Charts, Lost Ark is still averaging 500,000 players a month, which is impressive. The last two months have gained more players.

This is probably because the game is seeing monthly updates. These updates aren’t just small changes either; they add a good amount of content. Sometimes it’s new classes, events, or free power passes. 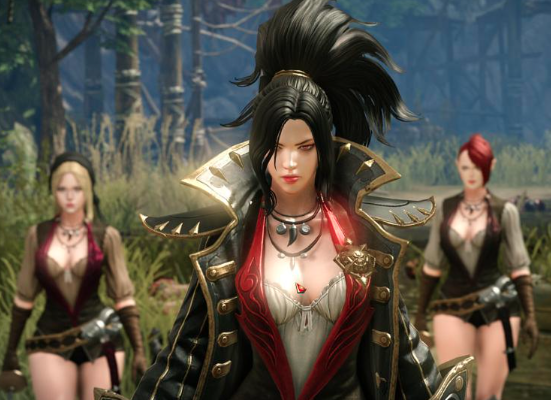 However, this month, we won’t see any new classes. But two big group raids are being added. A new legion raid and a new guardian raid. The guardian raid can always be attempted solo, but it is better with others. We also have an all-new solo dungeon that has you fighting hordes of enemies and defeating them within a time limit.

With these PvE-focused events, players can expect to get plenty of Lost Ark gold and Lost Ark currency. Lastly, Lost Ark seems to be introducing another way to earn skins. Unlike other games, Lost Ark skins aren’t just cosmetic; they also offer beneficial effects.

So without further ado, let’s jump into the highlights of the June roadmap, shall we?

A new legion raid is making its way to Lost Ark. This is the second legion raid added, the first being Valtan. Players will need to team up and take down Commander Vykas.

Commander Vykas is part of the Covetous Legion. Defeating Commander Bykas will take team coordination and knowing the raid’s mechanics. Like the previous legion raid before it, this legion raid will require eight players to start and will require a lot of teamwork.

Players who want to participate in this legion raid will need item level 1430 for normal mode and 1460 for hard mode. Completing the raid will grant players multiple rewards. Players will be given materials needed to craft Relic Lost Ark gear sets. On top of that players will also be given Lost Ark currency.

Kungelanium is a new level 6 Guardian being added to Lost Ark. Guardian raids can be done solo or with a group. Even though it can be done solo, it can still be challenging. Players looking to take on this powerful and terrifying ice creature will need to be at least item level 1460. Upon defeating this giant monster players will get several rewards.

Thronespire is a new solo dungeon that is being introduced this month. There are 50 floors or levels to this dungeon, and players will have limited time to clear each level before moving on to the next.

Thronespire sounds very similar to a horde mode in other games. It’s not clear that if you fail on a certain level you restart from that level you failed on or from level 1. Hopefully, more information and gameplay is introduced soon.

This dungeon will also come with rewards. Completing the first 25 levels grant first-time clear rewards. These rewards haven’t been specified as of yet, but it will probably have a lot of Lost Ark currency.

The other 25 levels seem to work as a leaderboard of sorts, focusing on completion time. Again, only the highlights of the dungeon were specified.

If you wish to participate in this dungeon then you will need to be at item level 1325. This is quite high, so this is only meant for experienced and well-geared players.

This new consumable is looking to be very interesting. It’ll include a slew of Epic and Legendary skins that you can use. You may break down any skin for “Cloth,” which may be used with a Jar to create a new skin from a pre-determined list. This unique item allows players to get various distinct skins that offer improved advantages.

You can also “overlay” or transmog another skin over the one that has better stats if you don’t like the appearance. This allows you to keep the same stats, but still stick to your fashion style. Not a lot of detail was given, like the price. It says it will be in the in-game store, so players looking to get it with Lost Ark gold are out of luck.

If you were looking for a new class in June, then sorry to disappoint you, that will be next month. However, this month will give more endgame content and an extra way to earn some sweet skins. Players looking to gain more Lost Ark gold might want to try the solo dungeon Thronespire and get all of the rewards there.

For others who prefer group content, then the new 8-player legion raid and guardian raid will keep you busy as you try to get the best gear for your character. There are also some unannounced bug fixes, events, and more coming. So stay tuned for more info that is releasing this month.

What are your thoughts on Lost Ark’s June roadmap? Should there be more? Let us know in the comments.