Home » Lifestyle » The Top 15 Most Expensive Bikes In the World

For you, bikes may just be a mode of transportation for normal people but for some others, they aren’t made for the ordinary! Bikes are a special way of expressing feelings and emotions for many people, particularly people for the younger generation.

Most Expensive Motorbikes In the World 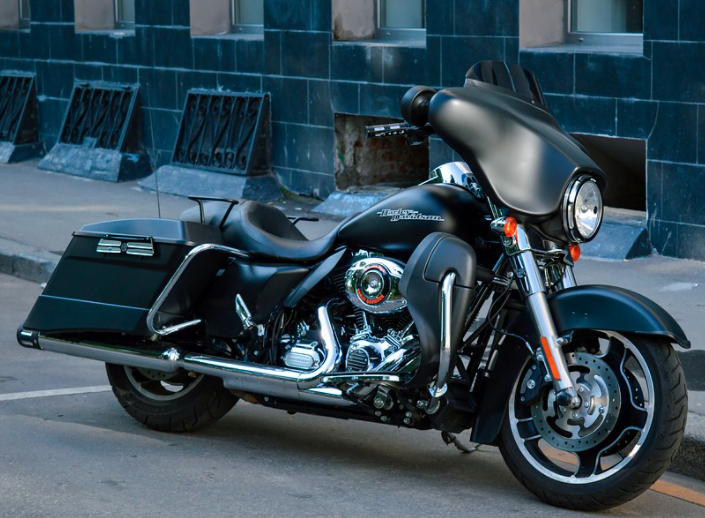 No matter what, there’s one thing for sure that no matter whether it is a boy or a girl, young or old, everyone should have an infatuation over a car or a bike.

Such is the power of these metallic machines! If you’re an adventure lover and you seem to love bikes, you should take into account the following list of the top 15 expensive bikes in the world.

During the middle of 1960s, there was a special type of custom bike that was invented in the American market that was called a ‘chopper’.

A chopper, as per many experts is the most extreme of all personalized styles and this is generally linked with radically modified steering angles and elongated forks that give it the stretched out appearance. This one is a tailor-made chopper that is powered by 1600 cc, 4 cylinder engines and six-speed transmission.

Mihael Hailwood has been regarded as one of the biggest racers of all time who had faced a massive injury at the German Grand Prix in 1974. This forced him to retire from the world of racing.

However, after a decade of absence, he relived his childhood passion again. This Hailwood is a Ducati 900SS and is powered by V2 four-stroke engine producing 85 HP. This is a limited edition bike and 12 units have been produced.

The Neggera 1200 is a modified version of the Ducati Hypermortard 1100 bike. It is produced by NCR, an Italian based company that is revered for giving a makeover to handsome Ducati bikes.

This bike has the usual NCR feel and look and includes carbon-ceramic brakes and carbon bodywork and wheels. The NCR Leggera 1200 features a 1200cc engine with enhanced power of 132 HP.

This is a complicated piece of engineering and one of the most effective production motorcycles in the world with 1400 cc turbocharger 4-cylinder engine that produces a power of above 250HP. Only 52 Icon Sheene bikes have been produced and they have a maximum speed of 200 MPH.

The MTT Turbine Streetfighter is hybrid motorcycle that runs either on kerosene or diesel or also on jet fuel. This bike has a Rolls Royse engine that produces 420 HP at a torque of 576 NM.

The bike registered a top speed of 249 km/hr. The V8 engine has a 2-speed gearbox with wheels and frame that are made of carbon fiber and aluminium, respectively.

The Suzuki Hayabusa GSX1300R is simply called Hayabusa and this doesn’t need any formal introduction. This is the 6th fastest bike in the world and it comes in carbon filter special edition.

This Ducati Macchia Nera Concept was designed by Aldo Drudi and it was built by NCR. The bike made its first official appearance in September 2003 during EICMA in Milan.

This bike has Titanium trellis frame, race exhaust system and it is made of unique concept bikes. The Macchia Nera is powered by Ducati Trestastretta engine with 180Hp.

The Ducati produced Desmosedici RR is a limited edition bike, a road-lega version of the Desmosedici MotoGP race bike. In the year 2004, Ducati made this 1500 Desmosedici for normal purchase.

The production cost of this bike is $72,500 but once you upgrade it, it reaches a price of more than $200,000. Power-wise, this bike has a desmodromic engine that is capable of producing 200 HP.

Ecosse Motor Works is one of the finest motor company that is popular for making some of the costliest bikes. The Titanium series FE Ti XX is armed with a strong 2.4l billet aluminium engine that produces a surprising 225 hp.

This bike is engulfed with titanium chassis, the FE Ti XX comprise of all titanium exhaust system, internal ceramic coating and custom head pipes. It is one of the fastest bikes in the world.

This is the legendary British Vintage Black or Black Lightning motorcycle that was first ever produced in 1948. It is powered by 998 cc V-twin engine that produced 70 horse power and a speed of 240 km/hr. It features an air cooling system in the engine to enhance its racing performance.

This is also known as the Gold Plated Custom Chopper and it features a unique body that is played with gold and hence is undoubtedly one of the costliest bikes in the world.

There are no front down tubes and the rider can choose gears by rotating the left-hand grip. The fuel tank is divided into 2 parts – one for petrol and other for electronics.

The Dodge Tomahawk is the fastest bike in the world that was produced by Dodge Viper. It can reach a top speed of 680 km/hr and is equipped with 8.3 L V10 engine and 2 speed manual transmissions with 500 HP power.

In 2011, at a Bonhams August sale in Carmel, California, one of the rarest and most legendary motorcycles was sold at $750,000 and this was the Porcupine Racing motorcycle. This was one of the 4 Porcupine bikes built during the Second World War.

Harley Davidson is probably the most popular motor brand in the US and this company revealed its first million-dollar bike called ‘cosmic starship’ in California in 2010. This pure art machine will cost you $1.5 million.

This is definitely the most expensive bike in the world as it is a multi-million dollar Superbike that has unique frameless chassis that makes is special among the other bikes. This bike is powered by modified IL4 engine that achieves a speed of 250 MPH.