The art of saying “no” is something that very few people can master in life. After all, how do you refuse someone without hurting their feelings, ideals or expectations? And saying “no” especially becomes tricky when you embark on the process of matchmaking for marriage. 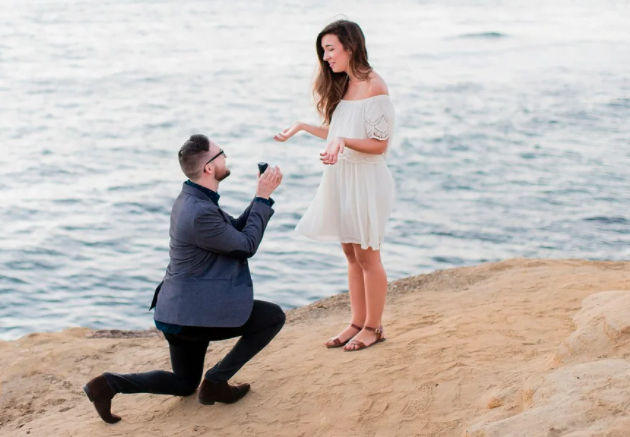 Now, in case you don’t think you can be with someone right after the first chat, it might not be too awkward to stall the interaction. However, if you have been interacting with someone for a while and realise midway that it will not work out smoothly, saying “no” might seem challenging.

While you probably might not meet that person again in life, no one wants to leave behind an unpleasant impression. So, what to do? With a little bit of tact, you can politely refuse a proposal without hurting any feelings. Here are some pointers that can help.

Be clear about your expectations from the beginning

Whether your search for a partner is being conducted online or through close circles, you have to clearly lay down the non-negotiable criteria you have in mind.

When using a matchmaking service, be stringent about your screening process. If a prospective partner clearly does not meet your expectations, you can end things right away without having to make it awkward.

Convey the rejection without stating negatives

Remember that a person who is not right for you is someone else’s perfect match! So, there is no need to shatter their confidence by pointing out their shortcomings. The crux of your rejection should be on the point of incompatibility, not any limitations you find in them.

If there is someone who has been acting as your intermediary, you can convey the news through them. Make it clear that it was not any fault of the proposed bride/groom, but some reservation in your own mind that is leading you to this decision.

Sensitivity is the key to a polite refusal. If you have given someone positive vibes initially, but realised somewhere down the line that this is not what you had in mind, you can say no without making it personal. Shift the focus away from the proposal itself and focus on a neutral area like your career.

You could say that you were just informed about a major change at work – a transfer or promotion – and that will affect your plans to get married at this time.

If the proposal is from someone who is clearly not meeting the criteria you had laid out in terms of education, career prospects, or what you want in life, you can gently point out that the differences may affect the relationship in future and you are not willing to put either of you through a hurtful phase.

Get the parents involved

However independent you are, in certain matters, it still helps to get your parents involved! In matters of matchmaking, your parents are your go-to support system.

Saying “no” can be a lot easier for you and a lot less hurtful for the other person if you get your parents to talk on your behalf. They can convey it in a tactful manner, ensuring there are no hard feelings.

Don’t drag it out

Once it is clear that this proposal is not right for you, the earlier you convey it, the better it is for everyone concerned. Avoid continuing conversations or meetings after you know or have told the person you’re not interested, as this might give him or her false hope.

The greatest advantage of using a matchmaking service is that the power rests with you. You do not have to feel guilty or awkward about saying “no”.

Do not leave the other person confused

If you have been interacting with someone with the intention of a prospective marriage, do them the courtesy of being clear that you are rejecting the proposal.

Do not leave it with words like “maybe” or “I am thinking about it”. Close the matter once and for all so you can both move on with your lives. You can be vague about the reasons but not about the fact that you don’t wish to go forward.

Everyone wants a match made in heaven, but you don’t get there without facing some difficult situations on the way.

Always remember that every person you meet on this journey is also going through the same hopes and disappointments as you – this makes it easier to empathise with them and give due respect to their feelings.

Rejecting a proposal may not be easy, but it is essential to prevent hard feelings down the line. However, saying “no” should not leave the other party feeling insulted.

Do it with grace and dignity, ensuring that the other person can also get on with their life and feel hopeful for the future. Matchmaking for marriage can become a lot easier than you think, if you have a bit of grace and empathy.