Homepage » Parenting » Pros and Cons Of Shared Parenting After Divorce

According to Complete Case, in today’s world, divorce has become a common phenomenon not only in western countries but also in Asia and other parts of the world. In the US alone, half of all children witness the termination of their parents’ marriages; in extreme cases, they might experience it twice. 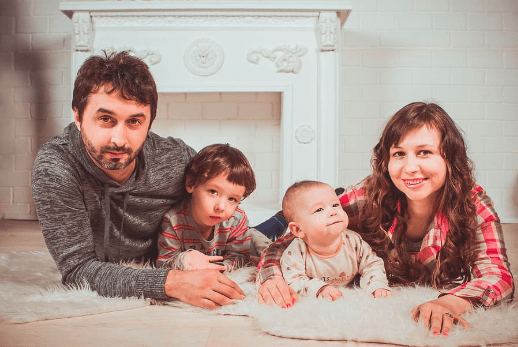 This is according to research done by Fabricius & Suh (2017), which also purports that divorce affects more than half of future American decision-makers. After divorce, a model of custody has to be determined.

In most cases, the mother gets full custody with the father given visitor status. Lately, shared parenting has become widely accepted due to the many benefits it has, despite being prone to various weaknesses as discussed in this article, as well.

Before checking the pros and cons of shared parenting, it is important to have a look at what statistics has to reveal about the topic of parenting.

According to federal statistics, children brought up by single parents contribute about 63% of teenage suicides, 85% of those in substance abuse centers, 71% of high school dropouts, and 85% of those in juvenile prisons.

Although a preliminary look at these statistics might imply that single parenting is harmful, a comparative argument has to be carried out to have a solid conclusion. As part of assisting you to understand this topic better, we have gathered some of the pros and cons of shared parenting.

Scientifically, an improved relationship is crucial for the social life of teenagers. These children have respect for the elderly and tend to be morally upstanding. This is key to a child’s social life, psychological status, and behavior.

Children are less prone to psychological issues such as stress, depression, and anxiety:  Statistics show a positive result of shared parenting over a one parent approach. Federal statistics show that children brought up single parents comprise 71% of teenage suicide, 85% of juvenile prisoners, and 85% of teenagers with behavioral disorders.

From this data, it’s evident that joint parenting positively develops a child’s psychological well-being, a state that creates peace of mind and reduces room for stress, trauma, anxiety, and depression. In such a state, children’s performance, even in schools, is positively affected.

Better performance in school: As per the federal statistics, children brought up through shared parenting contribute only 39% of those dropping out of high schools. Only 10% of those raised this way are homeless.

This leaves a whopping 71% and 90% of high school dropouts and homeless children to those brought up by single parents. Additional data also reveals that 75% of children brought up through shared parenting achieve the minimum pass rate at the high school level.

We can glean from this data that shared parenting is key for children’s school life, which holds their future. Such teens are in a better position to excel both in academic journeys and even in life. Additionally, cases such as homelessness and dropping out of school make a child more vulnerable to drug abuse and crime.

Children are less likely to engage in drug abuse and crime: According to the US Department of   homelessness is a key factor in smoking, substance abuse, and crime. As per various data, children raised by both parents are less vulnerable to psychological issues that often lead to crime, alcohol, and drug abuse.

Statistics show that 75% of teenagers in rehab and chemical abuse centers are those brought up by single parents. Crime, as well as drug abuse, is detrimental to a child. Anything attributable to the increase of such vices must be reduced at all costs. Shared parenting can lead to their reduction more compared to a single-parent approach.

Reduced conflicts: There are reduced instances of disputes in shared parenting. According to various studies, instances of re-litigation are reduced by half when joint parenting is agreed upon. This is contrary to single-parent custody where parents return to court over either money issues or appeals.

There are lower instances of ‘burning out’ in shared parenting. According to several pieces of research, there are high cases of burnout in single parenting mainly due to intense demands to one partner; in most cases this is the father, and the quality of the role each parent has in parenting.

Burning out is detrimental to the child and the parent. A child will develop a negative attitude towards one of the parents, which could highly affect the child’s social and psychological being. On the other hand, it could lead to the exploitation of one parent.

It may negatively affect a child: In the case of shared parenting, both the mother and father can live with a child. However, most parents because they are divorced, do not share homes. A child will have to move from home to home regularly.

Therefore, they have to adjust to different conditions often. This can be hard especially for a child who prefers stability. If this is the case, children’s social, psychological, mental, and behavioral well-being might be highly affected.

Shared parenting may not work for all divorced couples: Some parents will achieve the best through joint parenting while others will make the worst out of this shared plan.

To some couples, especially if the divorce was due to abusiveness, joint parenting will turn to more quarrels and disputes in regards to basic decisions about a child. In such cases, therefore, shared parenting might be a nightmare unless some agreements are made before commitment to the shared plan.

For irresponsible parents, a child`s needs might go unnoticed or unsatisfied: In shared parenting, responsibility is jointly covered. However, some parents may utilize joint parenting as a way to evade their duties.

In such a scenario, a child may miss basic rights and the desired comfort, or one of the parents could be exploited if they are responsible enough to provide those needs while the other is not.

Shared parenting is the better way of bringing up responsible children. As per various analyses and studies, its benefits outdo the drawbacks. It is clear from the many studies that children from shared parenting are socially and psychologically stable.

Statistics also reveal that they comprise a small component of children dropping out of school, those engaging in drug abuse, those in prisons and also the homeless. This is in comparison with their counterparts from single parents.

However, the drawbacks of this shared form of parenting are also clear with most of them being attributed to the character of a parent. This means the success and perhaps the comfort of shared parenting will to a larger extent depend on the behavior of both parents. Furthermore, the financial stability of parents can also influence the success of this parenting approach.

This is repeated below, with different numbers. This is an egregious bloating of the word count. On top of that, there’s no source for any of these numbers, and a search for these terms didn’t reveal any comparable numbers.

I have a background in this, due to my study of psychology, and these numbers are highly suspect. Personally, I’d cut them completely and demand a rewrite.

This is where the data is repeated with different results.

There is no US Department of Drug Abuse. That’s just made up.