Homepage » Technology » Possible Reasons Your Mac’s Performance Has Slowed Down

Apple’s star has truly risen over the last two decades. Despite being considered a niche brand throughout most of the ‘90s, the company has gone on to become one of the world’s foremost tech giants. While it’s easy to see why so many people prefer Macs to traditional Windows PCs, it’s worth noting that the former is by no means flawless. 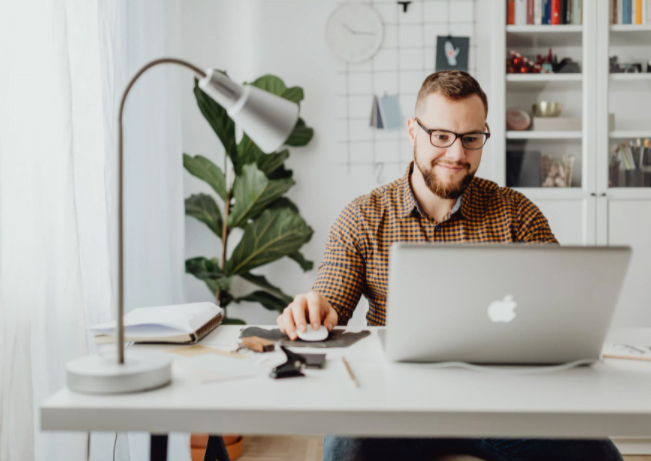 In fact, as many Mac owners have discovered, these computers are not invulnerable to slowdown. As is the case on Windows PCs, slowdown occurs on Macs for a variety of reasons. Fortunately, many of these reasons are easy to identify and remedy.

The less free space on your hard disk, the slower your Mac – or any computer, for that matter – is liable to run. Unfortunately, many of us tend to ignore space issues until our drives are completely full.

On the flipside, staying on top of this issue and keeping a watchful eye on available disk space can be a boon to the performance speed of your Mac.

Whenever you notice your hard disk is within a few gigabytes of reaching capacity, take care to delete any files you no longer need and relocate files you wish to keep but have no immediate need for to an external hard disk.

Dedicated disk cleaning software can also serve you well in this endeavor. As the name suggests, these programs are designed to keep hard disks uncluttered and computers running as efficiently as possible.

For example, Cleaner One Pro is able to effectively free up disk space by removing unneeded files in a timely manner. Furthermore, this convenient, user-friendly program can also help keep your Mac in order by meticulously managing your apps.

You Have a Virus

It was once widely believed that Macs were immune to viruses. In fact, this supposed immunity was often to distinguish Apple computers from traditional Windows-based PCs. However, as Macs (and Apple products in general) has risen in prominence, many virus developers took note and tailored their creations accordingly.

Additionally, as of 2019, malware threats for Mac computers outpaced those for Windows PCs. The simple fact of the matter is that owning a Mac does not mean you can let your guard down when it comes to viruses.

You can help keep your Mac virus-free by installing dedicated antivirus software. These days, virtually every security-focused software developer creates programs for Macs, and you’d do well to outfit your computer with one.

The right security program will work in tandem with macOS’s security properties to provide you with a dual-tiered defense against viruses, malware and other cyberthreats.

Although a fair number of us have a tendency to place updates on the backburner, many of them are designed with improved speed and efficiency in mind. So, the next time you receive an update notice for macOS or any of your apps, you’d do well to install any available updates posthaste.

Not only can this help your Mac run more efficiently, it can help protect it from a growing assortment of cyberthreats. Since updates are often created as a response to brand-new threats, you’re essentially placing your cybersecurity at risk by refusing to install them.

Apps Are Using Too Much System Memory

While some apps consume miniscule amounts of system memory, others can gobble it up, thereby slowing down your Mac’s performance speed. Additionally, running too many apps at once is likely to have a similar effect.

With this in mind, keep a watchful eye on how many nonessential apps you keep running in the background, and take care to close any programs you’re not currently using. Furthermore, make sure to limit the number of apps your Mac automatically opens upon starting up.

A Mac computer that’s fresh out of the box is practically guaranteed to run like a dream. However, as is the case with all computers, its performance is liable to slow down over time due to a variety of factors. Luckily, slowdown is reversible in most cases and is often much easier to fix than many people think.

So, if your Mac’s performance speed has undergone a noticeable slowdown, there are a number of simple measures you should take before taking the computer in for repairs or considering a replacement.