There are two categories of palletizers that are available for automating the palletizing process in the manufacturing industry. This are robotic palletizing and conventional palletizing. 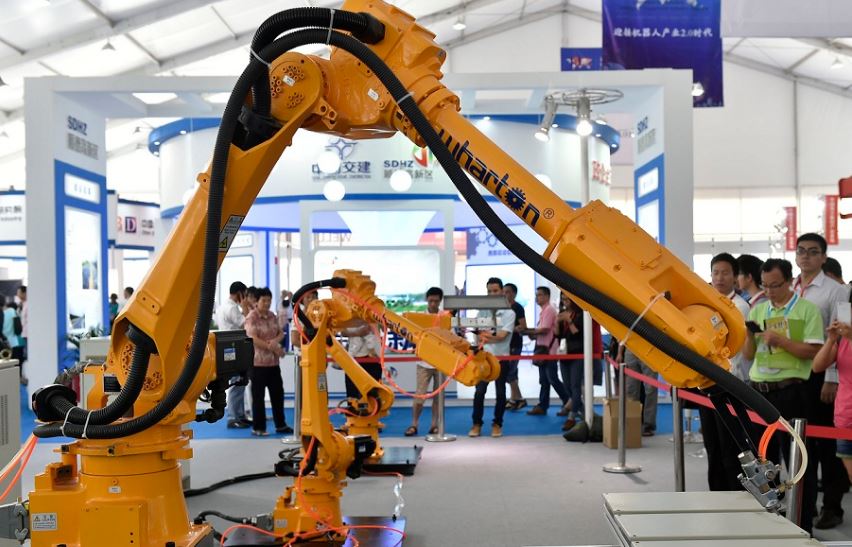 Before deciding on the technology to use, it is advisable to clearly understand your needs, your desired production rate and the amount of products you need to handle. Having this in mind ensures that a wise decision is made. Both of them have features and will guide your decision.

The criteria below can be used to differentiate the two technologies.

Palletizing robots are well known for their high versatility. Being able to perform the assigned tasks autonomously by the use of a programmable logic controller is a key element of a palletizing robot. Another vital component is the end-of-arm-tool(gripper) which can be customized to handle the specific products.

A palletizing robot handles one or more units simultaneously according to the configuration of the pallet. Multiple layers are formed on the pallet after the products are picked from the conveyor.

Below are the features of a palletizing robot.

In a minute, a palletizing robot can handle up to 40 bags. However, the products being handled greatly affects the speed of the robot.

The versatility of a palletizing robot is contributed by the various grippers incorporated to the robot. The end-of-arm tooling can be customized to suit almost every need.

The design of these systems allows the robots to handle multiple types of containers at a time. Additionally, a palletizer robot is able to de- palletize using its vision system. It can de-palletize containers of different kind.

Palletizing robots have fewer mechanical components hence less frequent down time. This increases their reliability. Nevertheless, it is important to train the supervisors on the proper maintenance of the robot.

Most palletizing robots are compact hence can be installed in tight spaces and still adhere to the latest safety standards that have been put in place by the relevant authorities. 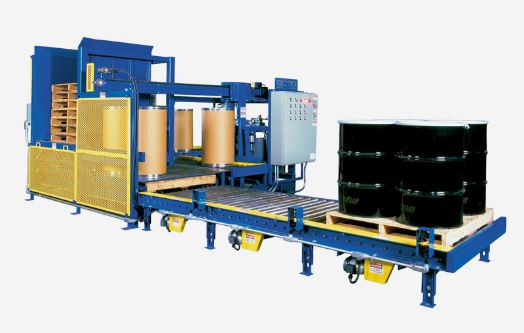 A high level palletizer also handles products carried by a conveyor. However, rather than lowering or raising each completed layer to be released onto a pallet, the products layers remain still while the pallets are being lowered or raised.

Usually, the high level palletizers are mostly selected to palletize compressible products because, on all the faces, each layer is compressed. They also offer higher palletizing speeds.

Below are the features of conventional palletizers

The speed of conventional palletizers can vary between 10 to 40 bags in a minute. This depend on its model. Nevertheless, the speed can significantly increase depending on the nature of units being palletized.

Compared to the palletizing robots, conventional robots have been designed to palletize one item at a time. However, each layer of the pallet is compressed and squared, thereby producing perfect and very compact pallets.

A conventional palletizer requires more maintenance than a palletizing robot due to its increased number of mechanical components. Nevertheless, its maintenance does not demand highly specialized knowledge.

Conventional palletizers are usually huge hence requires a larger space compared to the space being utilized by a palletizing robot. The space is not only considered in terms of floor space but also with regard to height.

Benefits of a palletizing robot over conventional palletizers