Ruby is a versatile programming language that suits varying development needs. It focuses on simplicity and can be a great choice to develop your app.

Businesses can also rely on the Ruby on Rails framework to develop quality web apps attending to both front-end and back-end. At Reintech, many of our clients rely on Ruby to build competitive products.

Therefore, you can also take advantage of the scripting language to stand out from the crowd. 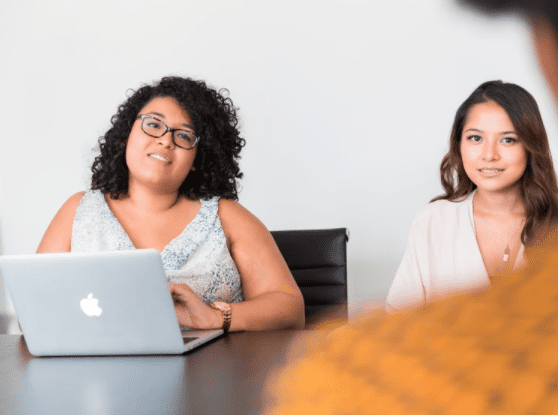 When it comes to hiring Ruby developers, you need to screen all potential candidates. Then, you need to conduct a thorough interview to pick only the top talents.

Here are some useful Ruby interview questions to test your interviewees. However, we are also going to provide the answers to help you know what to look out for.

What are some of the main features of Ruby?

A developer can list countless features of Ruby. Some of the standard answers you can expect are flexibility, visual appearance, and object orientation. Other features include garbage collector, case sensitive, variable constants, and keywords.

Why Ruby is considered flexible?

Ruby is flexible as it allows developers to edit the programming components. You can redefine or delete chosen parts of the language. As a result, Ruby grants a high degree of freedom to programmers to enjoy flexibility.

How does garbage collection work in Ruby?

Ruby takes care of garbage collection by deleting unused objects automatically. It is a procedure that enables developers to reclaim memory in use. We can manage the procedure through proper syntax and programming in Ruby.

What domains does Ruby suit the best?

How do you use interpolation in Ruby?

This is an important question to ask any Ruby developer you hire. Interpolation allows programmers to insert a string into a literal. For achieving this, we need to use hash (#) with open and close brackets {}.

What do you mean by Gemfile?

A Gemfile allows programmers to define the dependencies of an app built on Ruby. We can find the Gemfile in the root directory of the project.

Why would you choose Ruby over other programming languages?

A developer can have different answers to this question. The top benefit of using Ruby is its simplicity and speed of development. In addition, Ruby reduces the chances of bugs or errors being present in the final app.

Moreover, Ruby is easy to use as it’s object-oriented and uses English-like syntax. It also enables developers to save time by writing less code.

What is the difference between nil and false in Ruby?

In Ruby, nil indicates the lack of a value and is an object belonging to NilClass. On the other hand, false is an object that belongs to FalseClass. It signifies a Boolean value.

How is a symbol different than a variable?

We can compare a symbol to a string. It is not similar to variables as you need to create only a single copy. In addition, a symbol is immutable while a variable isn’t. In Ruby, we also use symbols corresponding to enumerated types.

What is authorization? Why will you use it?

Authorization is used to control the access of users in an app. We can grant different levels of access to users through authorization. It is helpful when several users rely on an app that should be allowed to access only specific functions or features.

What are the different data types in Ruby?

The data types available in Ruby are symbols, strings, Booleans, numbers, arrays, and hashes. They don’t need any declaration during programming.

What are the differences between static and dynamic scaffolding?

Static scaffolding needs manual entry by developers in the command. It allows the creation of data with their fields. Dynamic scaffolding, consequently, creates the whole UI and content automatically.

Additionally, static scaffolding needs your database to be migrated. On the other hand, dynamic scaffolding can work without a synchronized database.

What do you mean by initializers in Ruby on Rails?

Initializers accommodate the configuration logic of the app. It comes into action when the app boots. As a result, we need to restart the Ruby on Rails server if we change the initializers. We can find them in the /config/initializers directory.

What is the use of loops in Ruby? Name the different types of loops.

Loops enable programmers to execute a set of statements again and again relying on a condition. It is a great way to carry out repeated operations on a chosen data set. The different types of loops in Ruby are a simple loop keyword, for loop, until loop, and while loop.

Do you think Ruby is weakly typed?

No, Ruby is not weakly typed. Instead, it is strongly typed and presents an error when you use the wrong calculations. In contrast, JavaScript is a weakly typed language.

Ruby is more friendly to large numbers than other languages. Developers will never have to worry about working with large numbers when using Ruby as it has no limits on number usage. The language handles big numbers using the fixnum and bignum classes. Therefore, developers do not handle the task themselves.

What is the use of content_for?

What is the use of a defined operator?

A defined operator indicates if a passed expression is defined or otherwise. If the expression is duly defined, it will present the description string. Otherwise, we will get a null value in return.

Prepare a list of Ruby interview questions before the interview to stay on track. However, be flexible with your approach and vary questions based on your developer’s expertise.

Additionally, try to have a person with technical knowledge on the interview board for accurate assessments.