Cricket as a sport has been gaining immense popularity in the Western nations, largely due to the presence of the huge number of Asians (particularly Indians) in those countries.

While the longer formats of the game aren’t popular yet, shorter formats have already made their presence felt and the different websites and news portals reporting Cricket News globally have mentioned that the people are beginning to love cricket as a sport, provided that they’re just as long as a Soccer or a Basketball match. 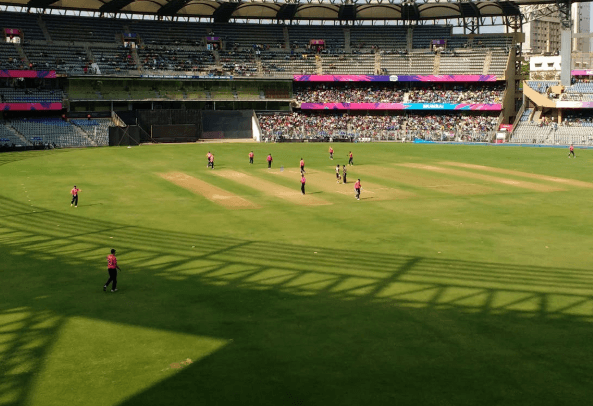 The International Cricket Council has openly supported the growth of the shorter formats of the game in order to have a global reach like FIFA, but it has been facing numerous hassles from one of the biggest nations playing cricket – India.

That’s one of the reasons why you would never find an Indian team while taking a glance at the T10 Cricket League Points Table.

Also, it would be a dream come true for any cricket enthusiast if he can witness an Indian cricketer playing in a franchise league in any format except for the ones organised by the Board of Control for Cricket in India. That’s not happening anytime soon either because the BCCI doesn’t want that to happen as of now.

But with the World planning to witness the shortest format of a Cricket League yet again in the United Arab Emirates, an unanswered question has popped up again as to why doesn’t India have a domestic cricket league yet.

Given the pool of talent India has, it would be a great success as the players in India need nothing but opportunities to showcase their cricket skills on the field. But there are other factors which back the fact that India won’t (and shouldn’t) be having a Domestic T10 Cricket League anytime soon.

1] Increase in the Competition at the Top of the Pyramid

India is indeed a powerhouse of cricket with numerous academies training young players for the global stage, but at the end of the day, it is only 15 or 16 members from all across the country who are going to be selected in the team.

Also, it would be 11 odd players playing on the ground with the others only sitting on the benches. That’s one of the major issues why the BCCI or any other state board in India does not intend to invest in a 10 over cricket league. It’s not at all feasible.

2] The Players Being Moulded into Run Machines, with Inadequate Maturity

The T10 cricket format is an ultra-fast format where the teams can afford to lose a wicket every over and still go on to score at a run rate of above 10 per over. While this feels exciting at first but it is not a type of style any cricket board would want its younger generation to get into.

As of now, India struggles to find players who can play equally well in multiple formats and a stable team in any format is a matter of the past now. Although India has hard hitters in its domestic leagues such as the Indian Premier League and Karnataka Premier League but hard-hitting alone isn’t the skill that a player should possess at the International level – particularly when playing longer formats.

3] The Responsibility of Saving the Test Cricket

When it comes to cricket, India is the undisputed leader. When there were no patrons of the T20 format, India went ahead to support the cause of the format and the T20 World Cup of 2007 was a grand success.

The Indian Premier League started a year after was another success which made the other nations including South Africa, Australia, New Zealand, Pakistan and even Bangladesh to start their own T20 leagues.

While the Indian Premier League involves little competition from international matches, the others do not enjoy such perks. The after-effects of this step involve the decline in Test Matches taking place annually.

With the ICC keen on promoting Test Cricket – World Test Championship is already into play, it is unlikely that it would approve of any such steps by the BCCI and at the same time, India won’t take any steps as well to keep away any embarrassing moments.

Even if India allows a domestic T10 league, it would require the Indian players to play smaller formats instead of international matches – loss of revenue is a sure thing to happen and neither ICC nor anyone else would approve of it.